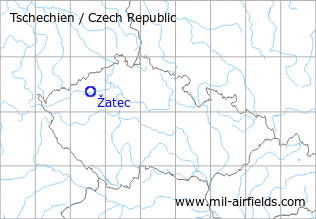 The history of the Cold War airfields: Žatec 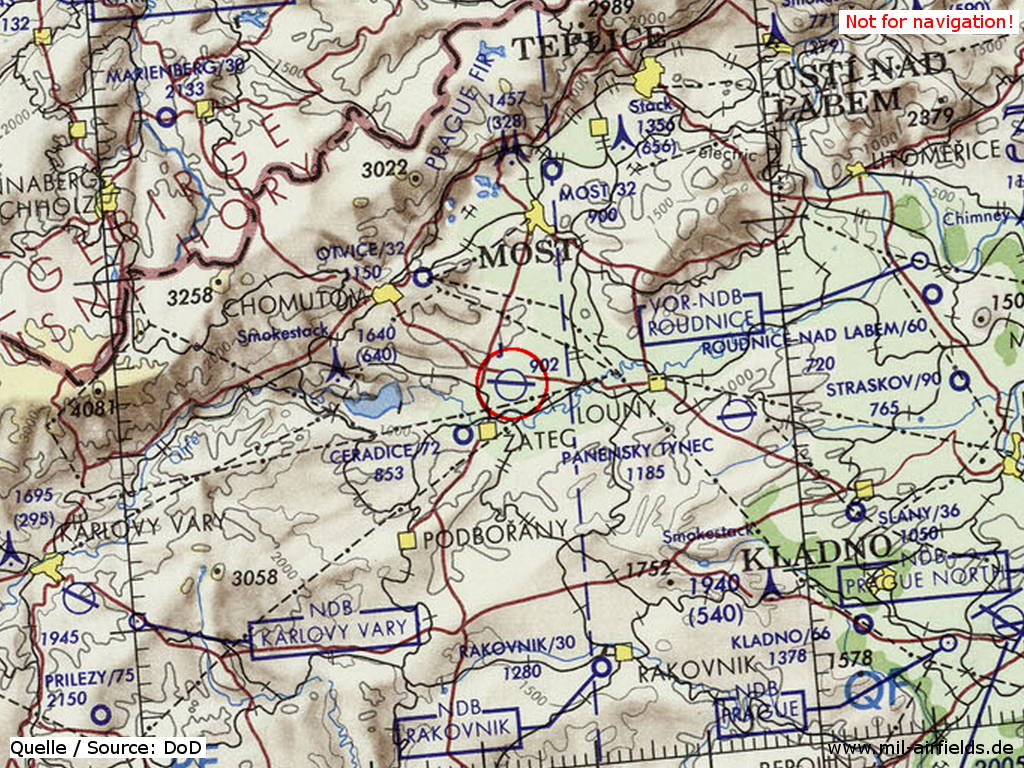 Žatec Air Base on a map of the US Department of Defense from 1973
Source: ONC E-3 (1973), Perry-Castañeda Library Map Collection, University of Texas at Austin 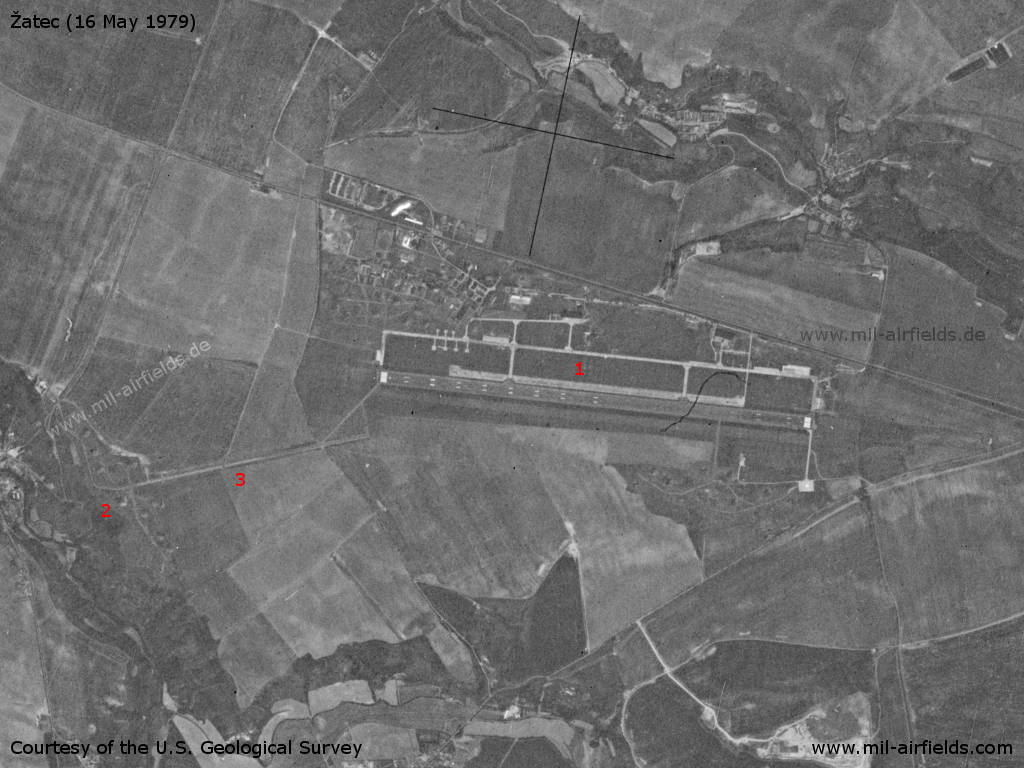 Žatec Air Base on a US satellite image from 16 May 1979 - 1: Airfield with runway, 2: remote dispersal area, 3: emergency runway
Source: U.S. Geological Survey 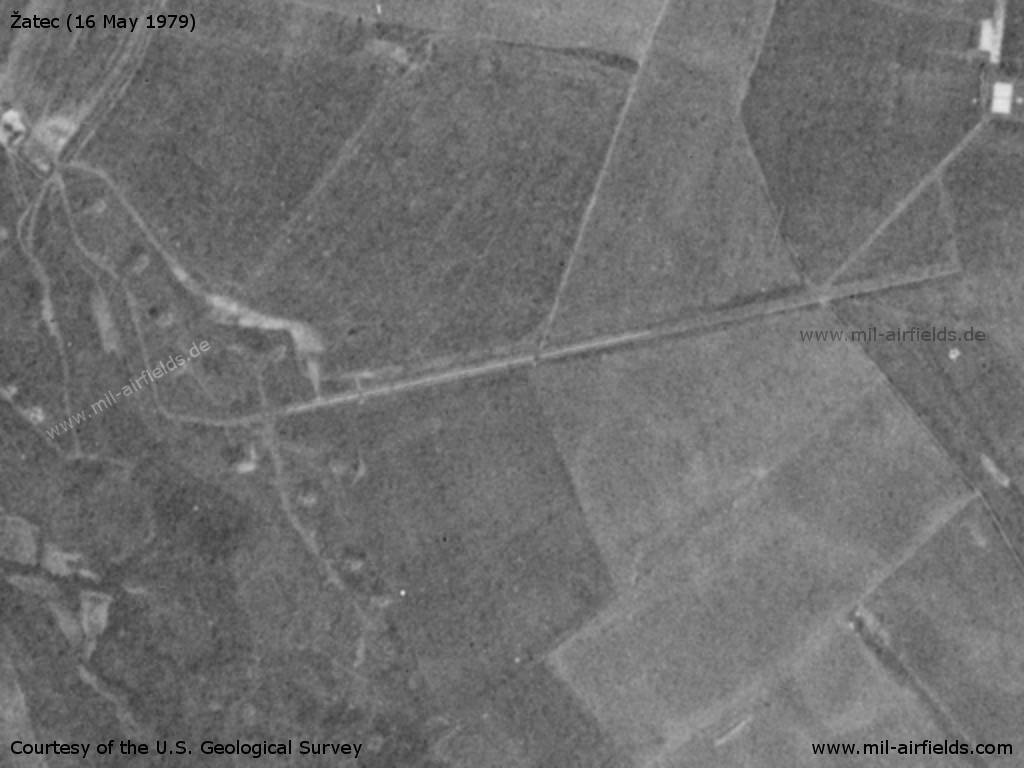 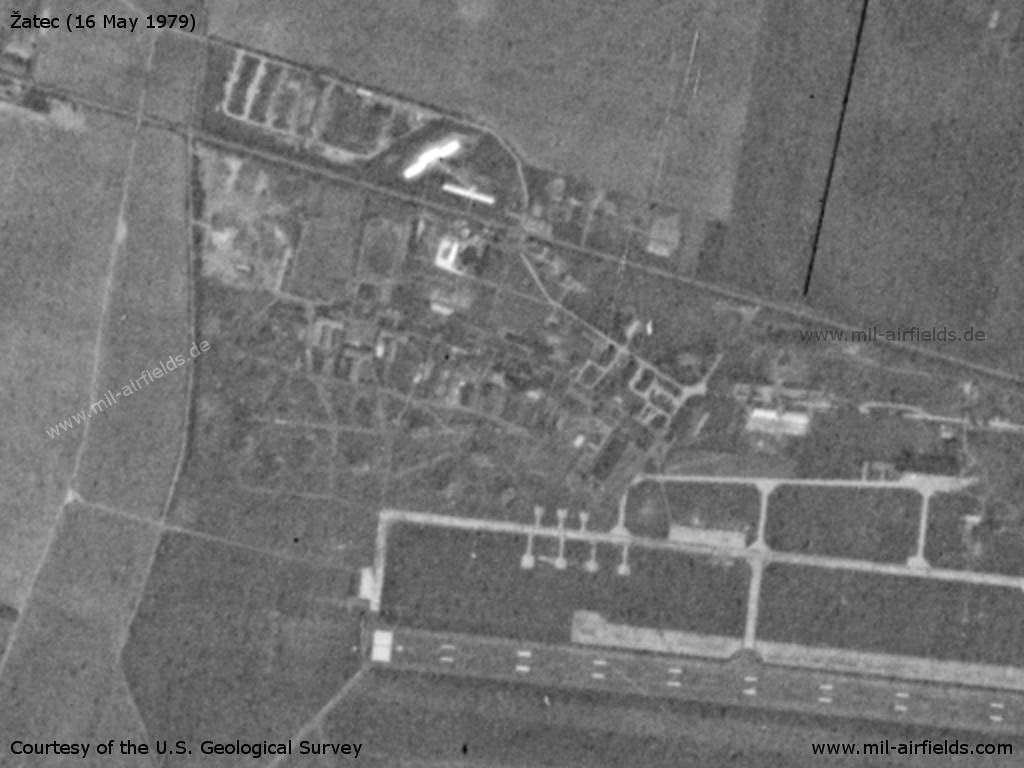 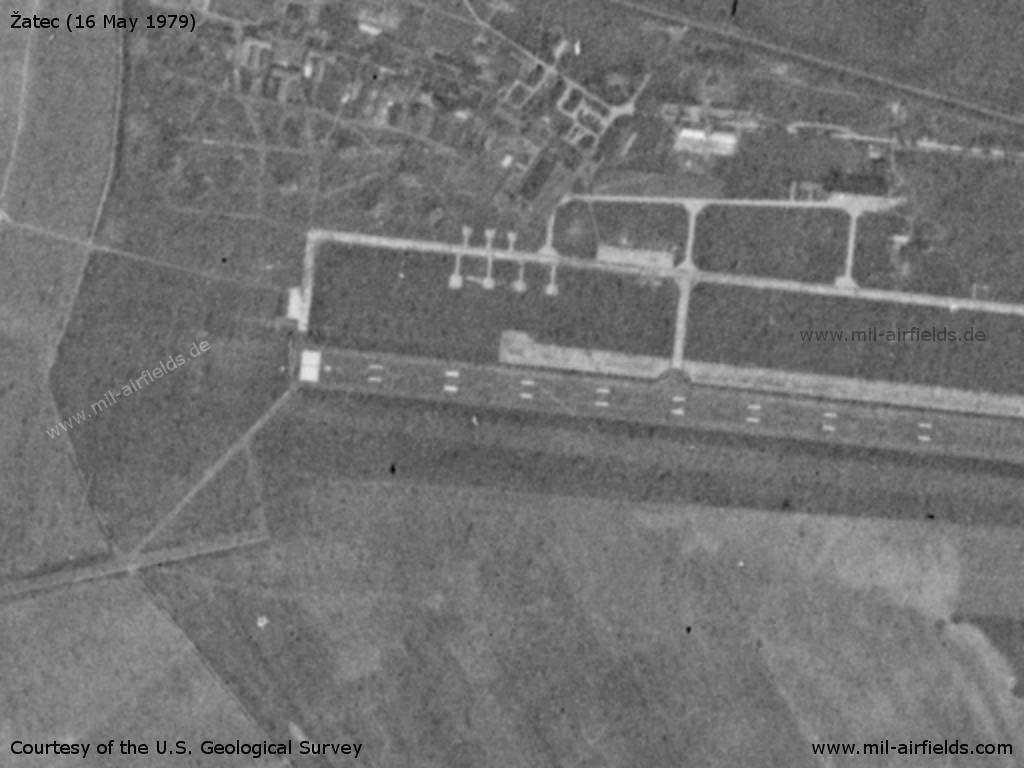 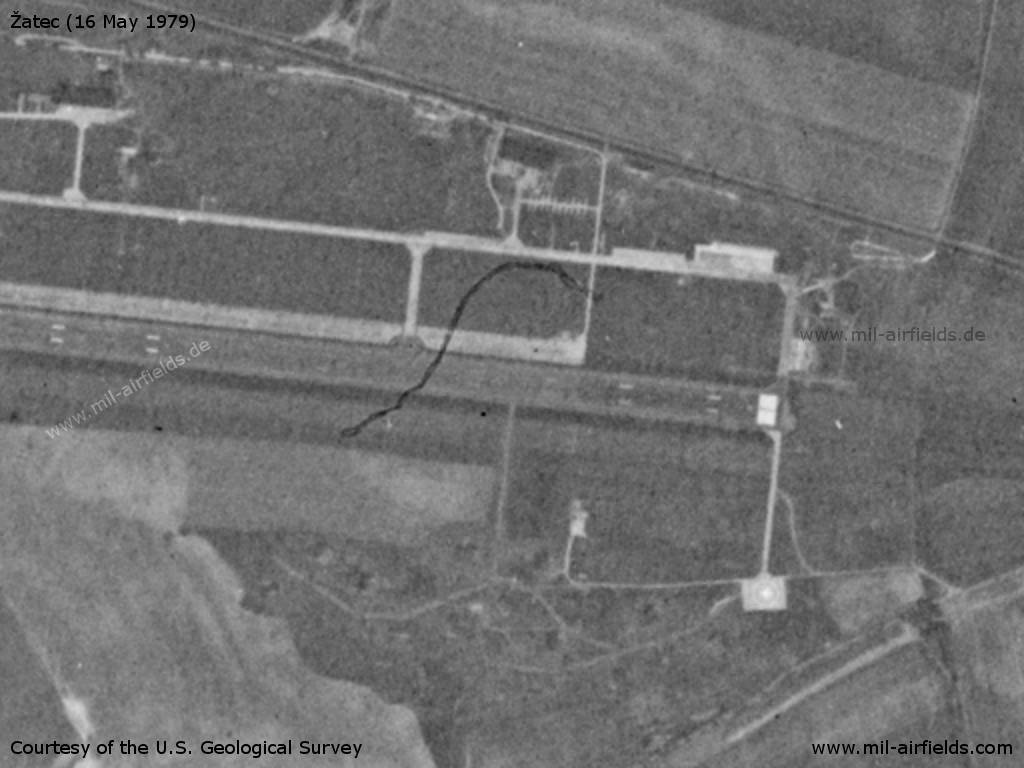 US satellite interpretation from March 1973: Status operational. Hangarette construction is complete. A 4.631 x 66 foot runway/taxiway has been constructed leading to the southwest hangarette group. Three prefabricated concrete structures were under construction, one with each group of hangarettes.
Air order of battle, 01 May 1973: 5 MiG-21 FISHBED; 1 Il-14 CRATE, 5 Mi-4 HOUND
Source: CIA