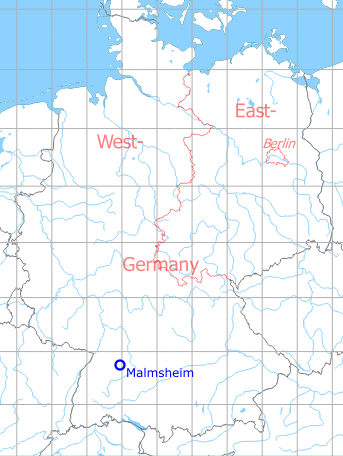 Malmsheim airfield was built in the 1930s for the Luftwaffe. After 1945 it served as a auxiliary airfield. On the area to the north of the concrete runway, a gliding airfield has been established, which is also used for parachute jumps by the Bundeswehr and the US troops. At the north-west end, a mobilization base was set up, on which a SAR helicopter was temporarily stationed.
In the meantime, the auxiliary airfield has now been closed. In the northern area, the mobilization base was demolished and a research center has been built. The glider field is still used, but is to be closed in the long term. 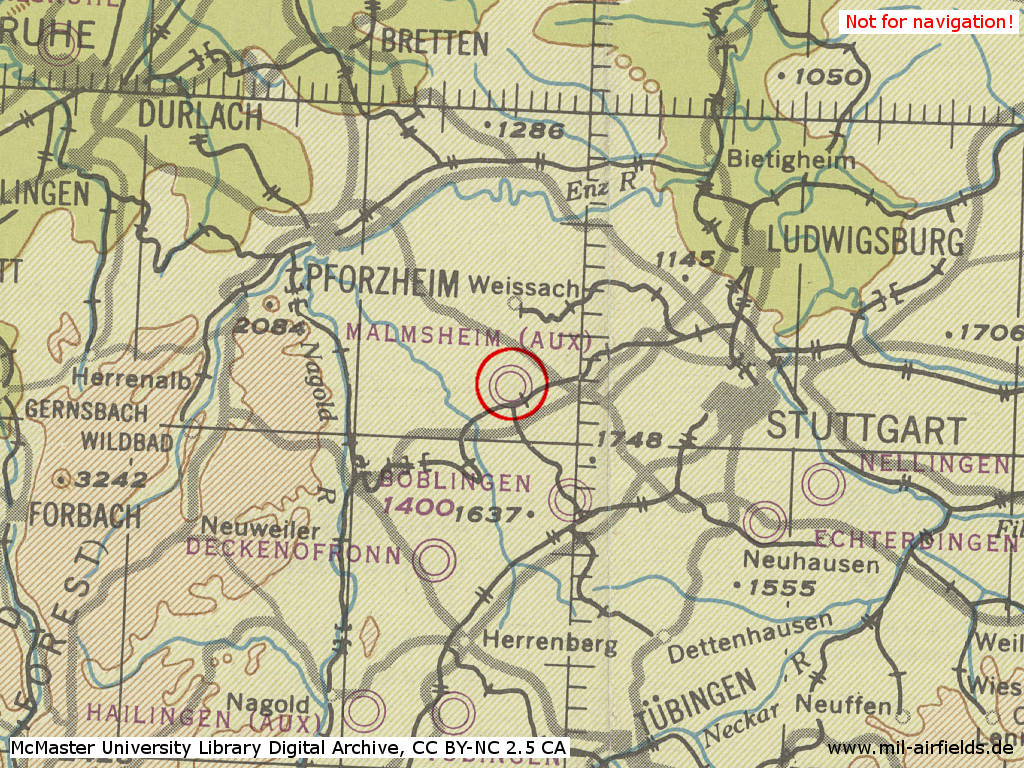 Antennas, 12 m (40') high, and buildings on both sides of the runway at western end. 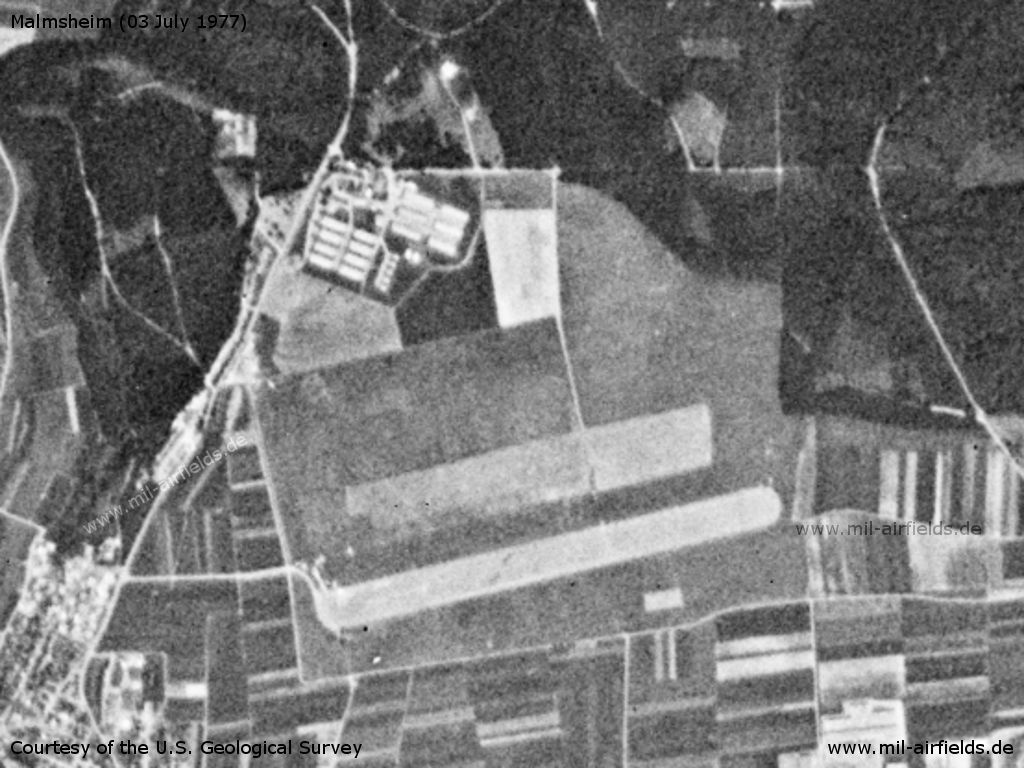 Malmsheim Airfield on a US satellite image from 03 July 1977 - The mobilization base, which has since been demolished meanwhile, can be seen in the north.
Source: U.S. Geological Survey 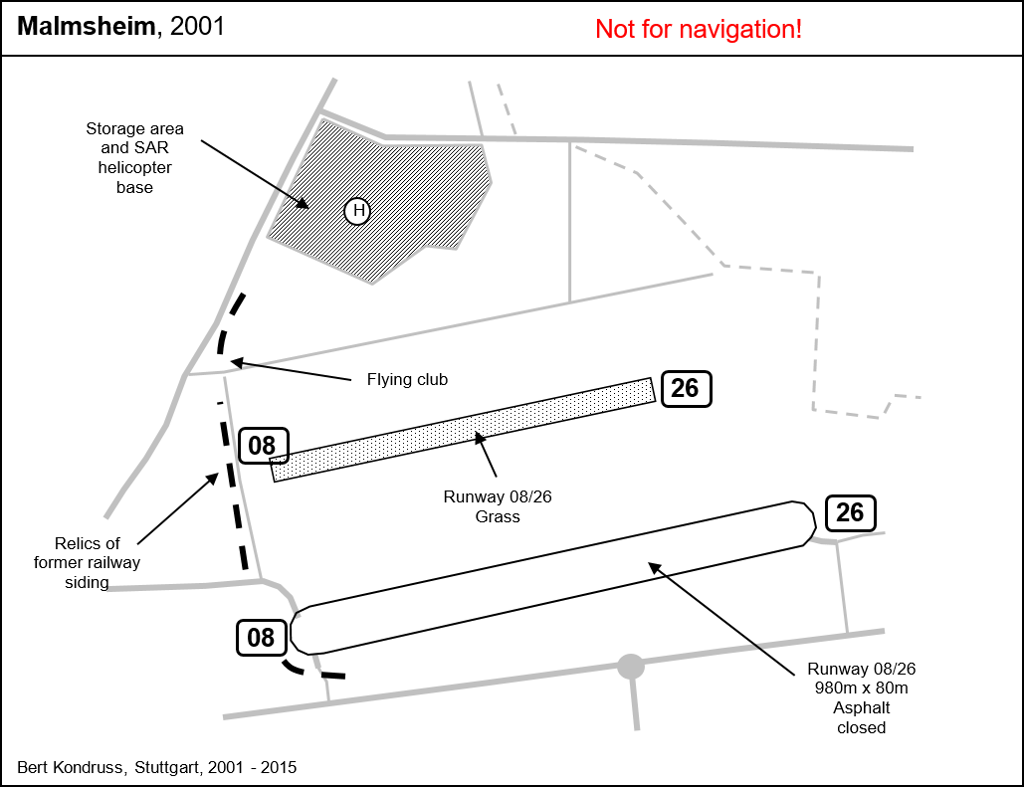 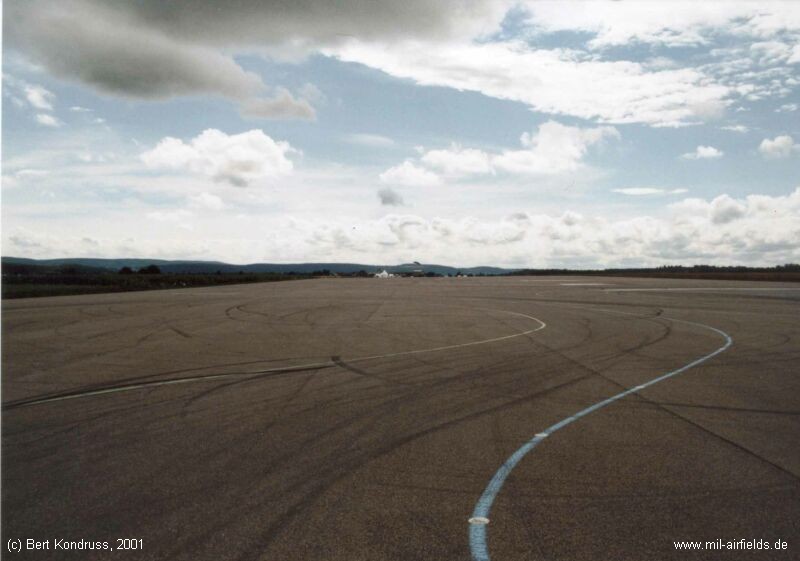 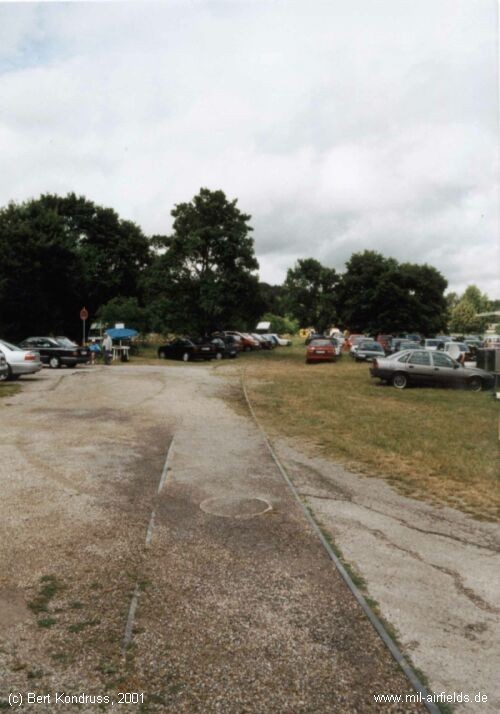 Remains of former railway to the Luftwaffe airfield - Western part of the airfield, looking north (2001)

The hard-surfaced runway is used for car test driving. A glider airfield with a grass runway is next to it. The mobilization depot in the north has been demolished, the area is used for a research and development center.