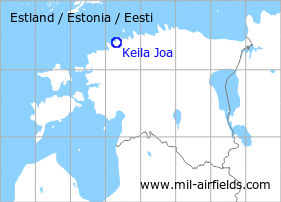 The history of the Cold War airfields: Keila Joa

Keila Joa initially served as a Soviet air base in Estonia. In the 1960s, the field was converted to one of the first or the first base at all for anti-aircraft missiles SA-5 Gammon (S-200 Angara/Wega/Dubna).
The CIA first noticed the site under construction on satellite images in 1964. First of all, there is uncertainty as to whether it is a system of air defence or missile defence. Comparisons are therefore made with the missile defence test facility in Saryshagan (Kazakhstan). In addition, a similar site to Keila Joa is found at Cherepovez (N560334 E0380956), which is also under construction.
In August 1967, the CIA has already discovered 41 of these missile complexes in the Soviet Union and expects a total of 100 complexes to be built by 1971. The first seven complexes such as Keila Joa each have 5 launch positions, while the following 32 complexes each have only 3 launch positions. Due to the identified characteristics of the missile, the radar and the geographical distribution of the complexes, the CIA estimates that it is not a missile defence system, but rather an air defence system for long distances. 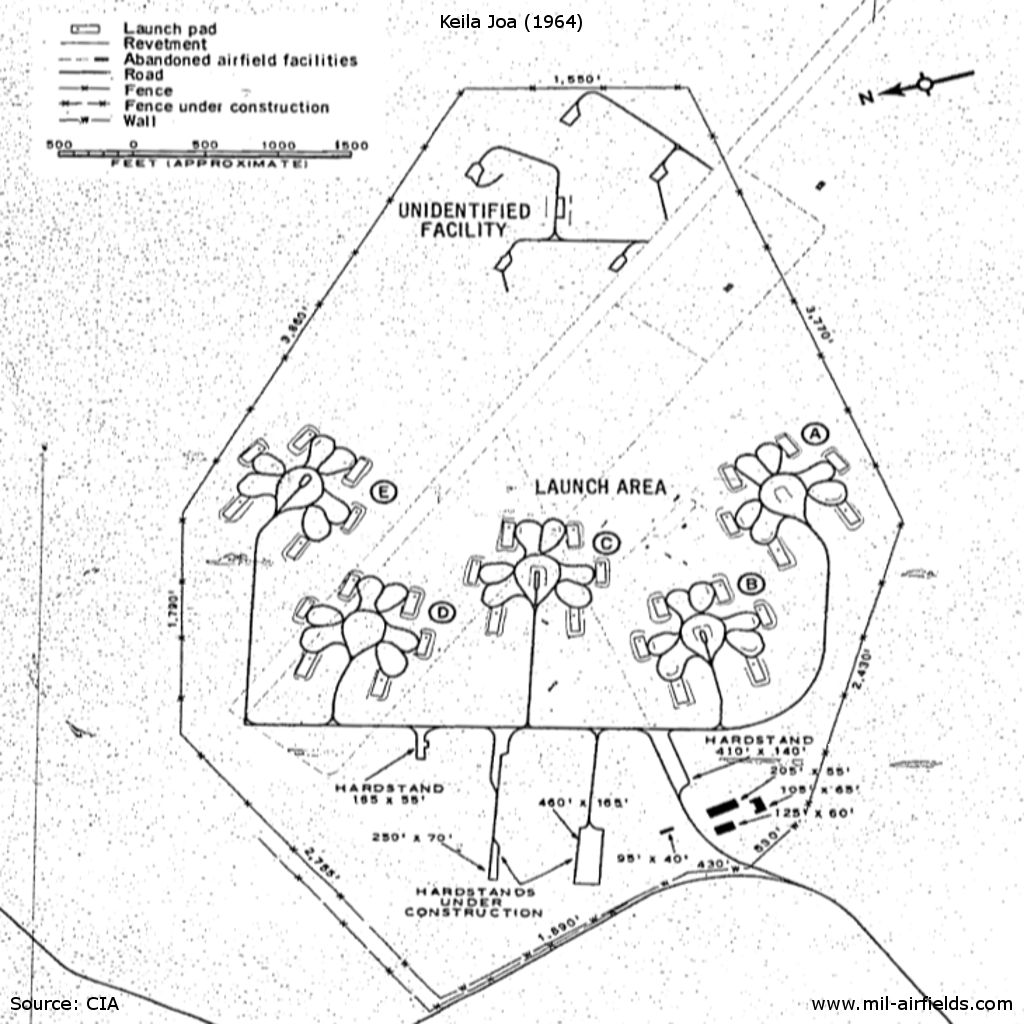 Map of the site from 1964 - The remains of the airfield are marked.
Source: CIA 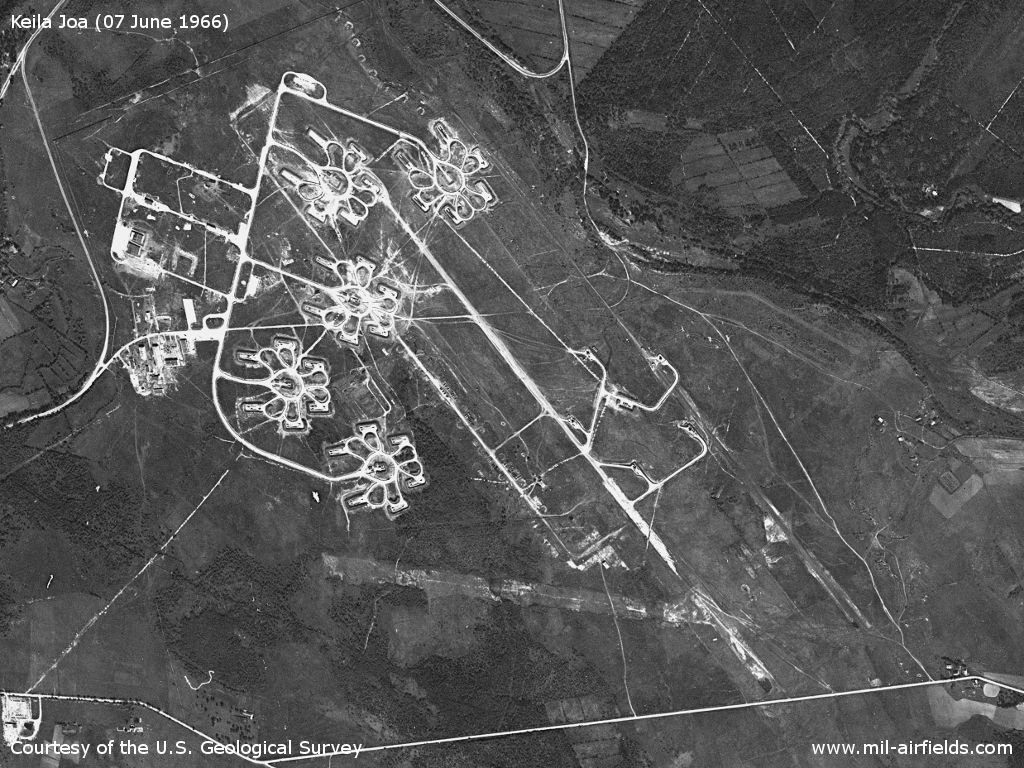 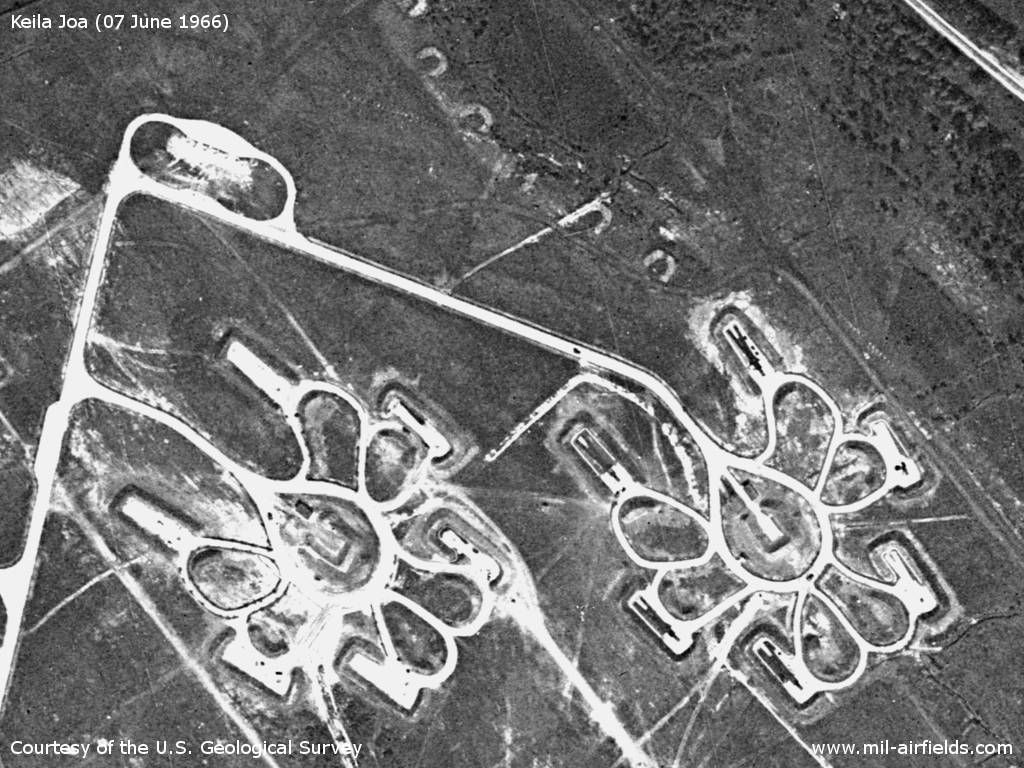 Only the northeastern grape seems to have further installations.
Source: U.S. Geological Survey 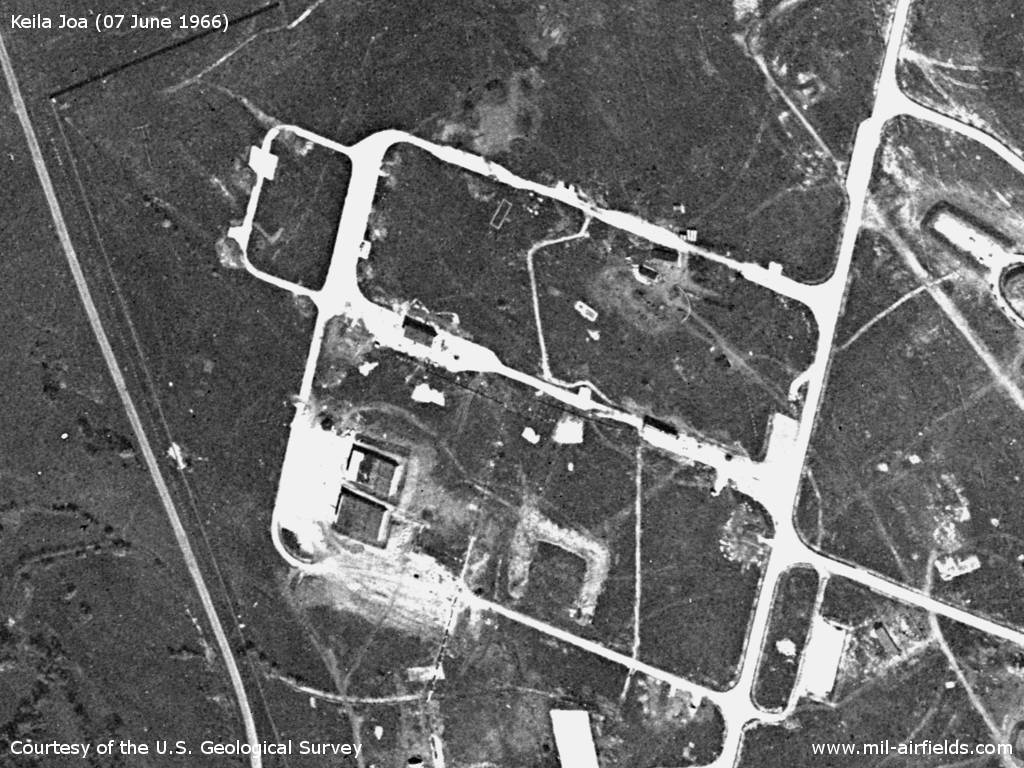 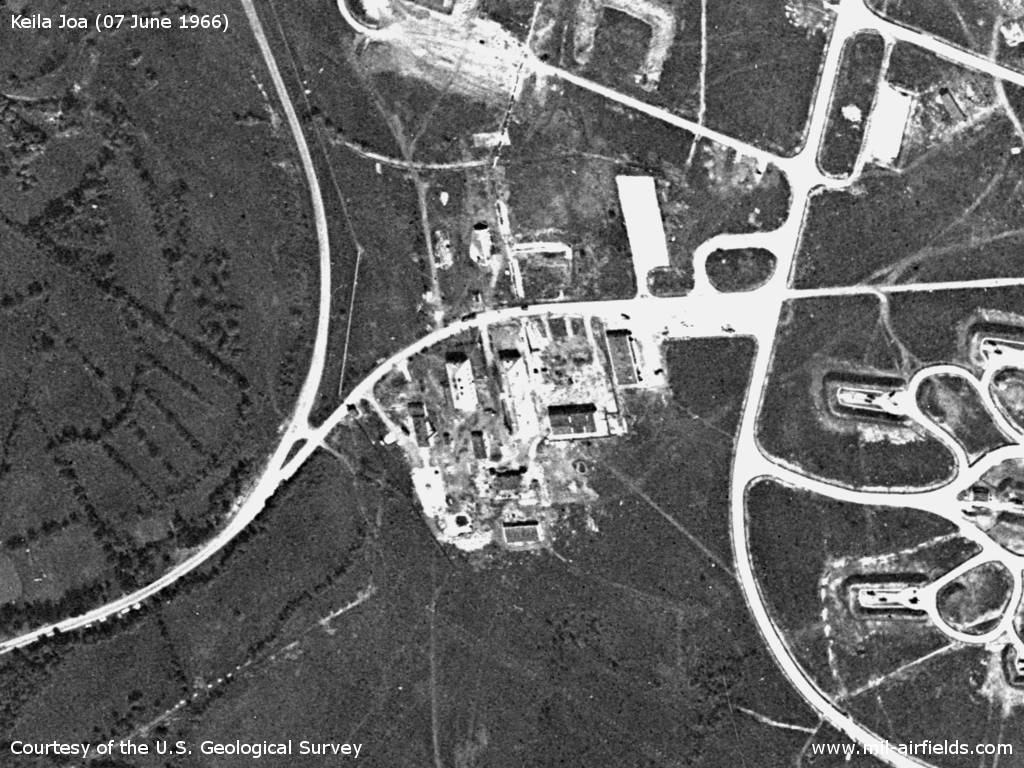 Southern part of the base
Source: U.S. Geological Survey 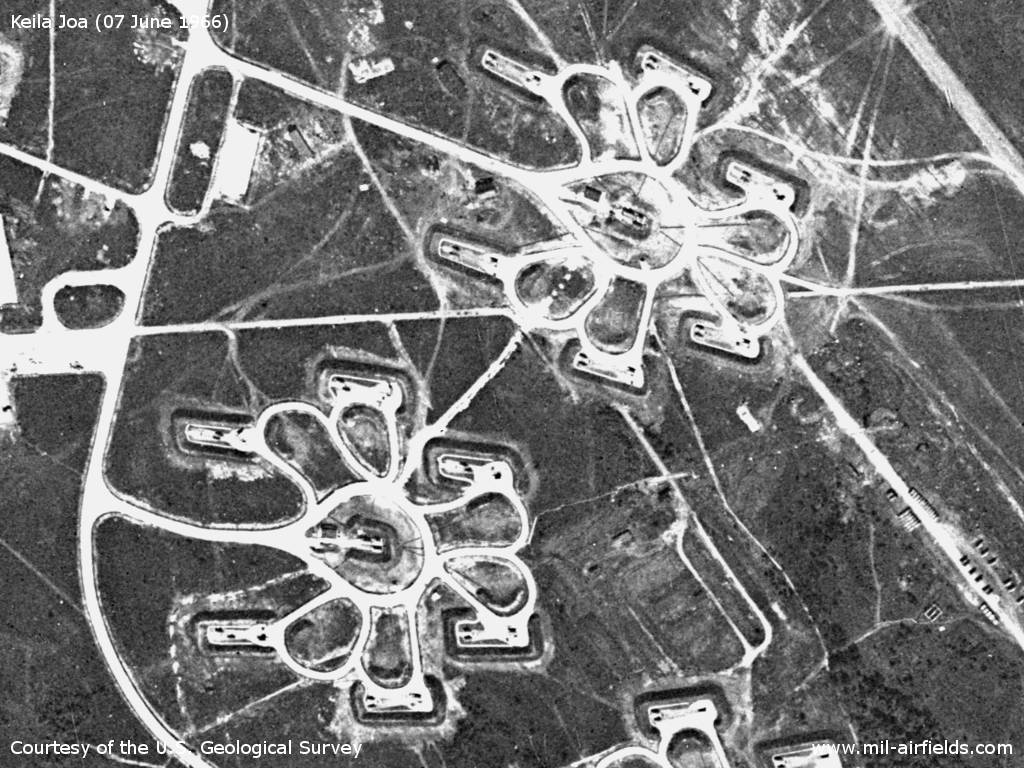 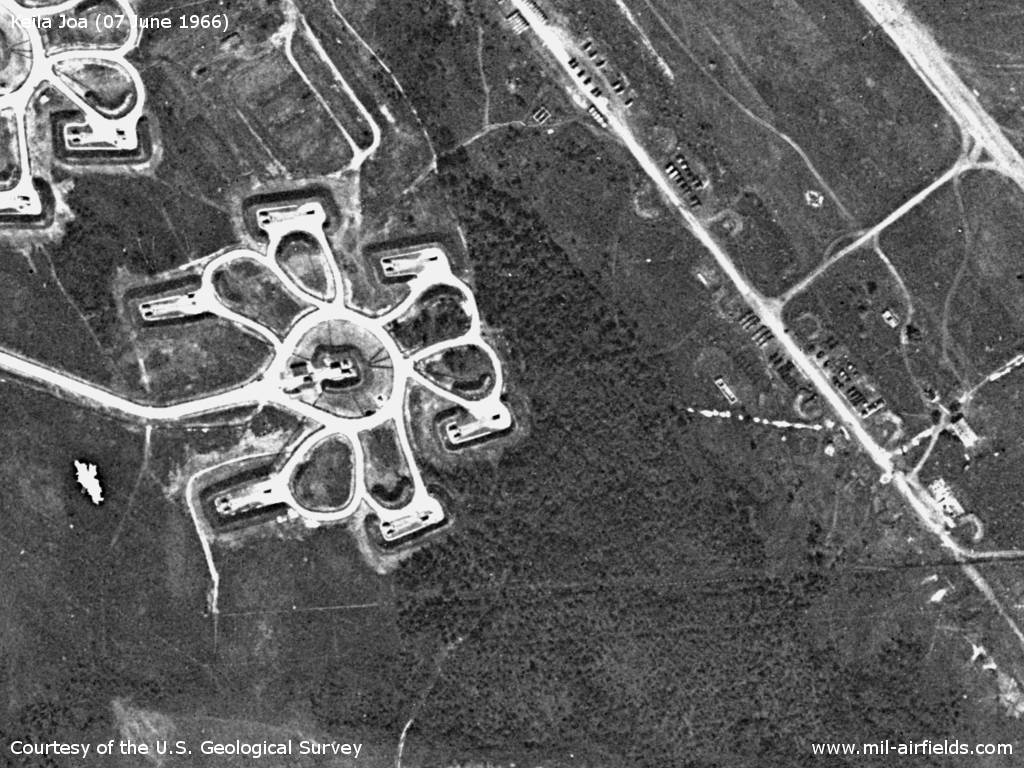 On the right-hand side, the structures of the former air base can be seen
Source: U.S. Geological Survey 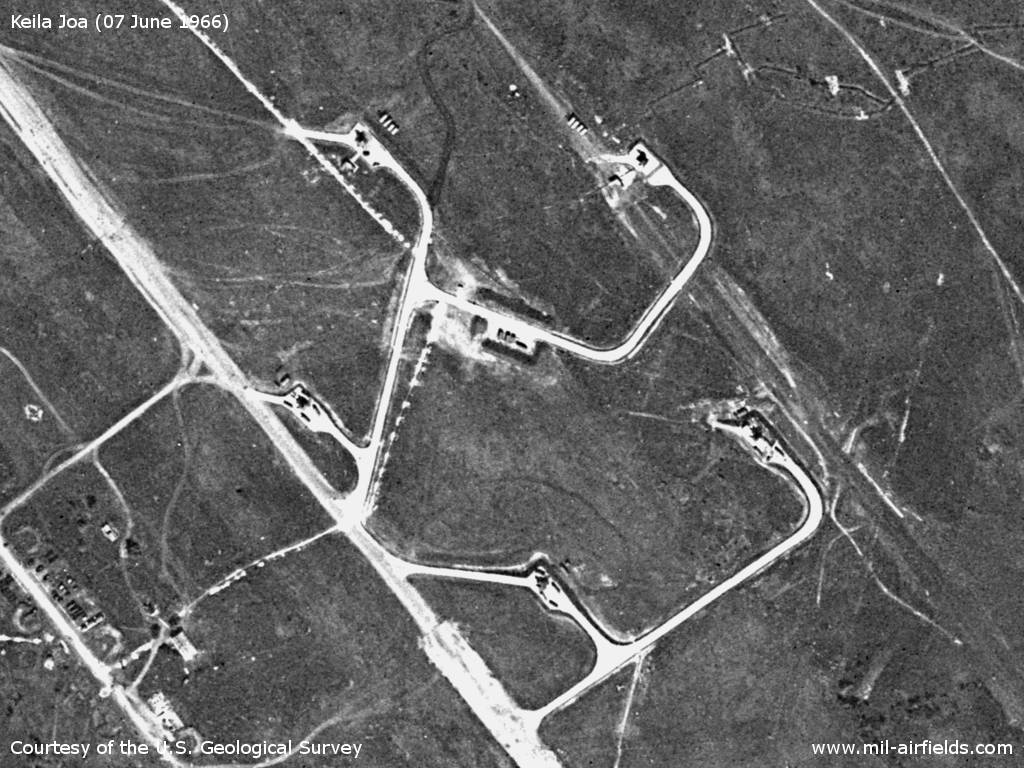 Radar site (?) with 5 units on the eastern side
Source: U.S. Geological Survey 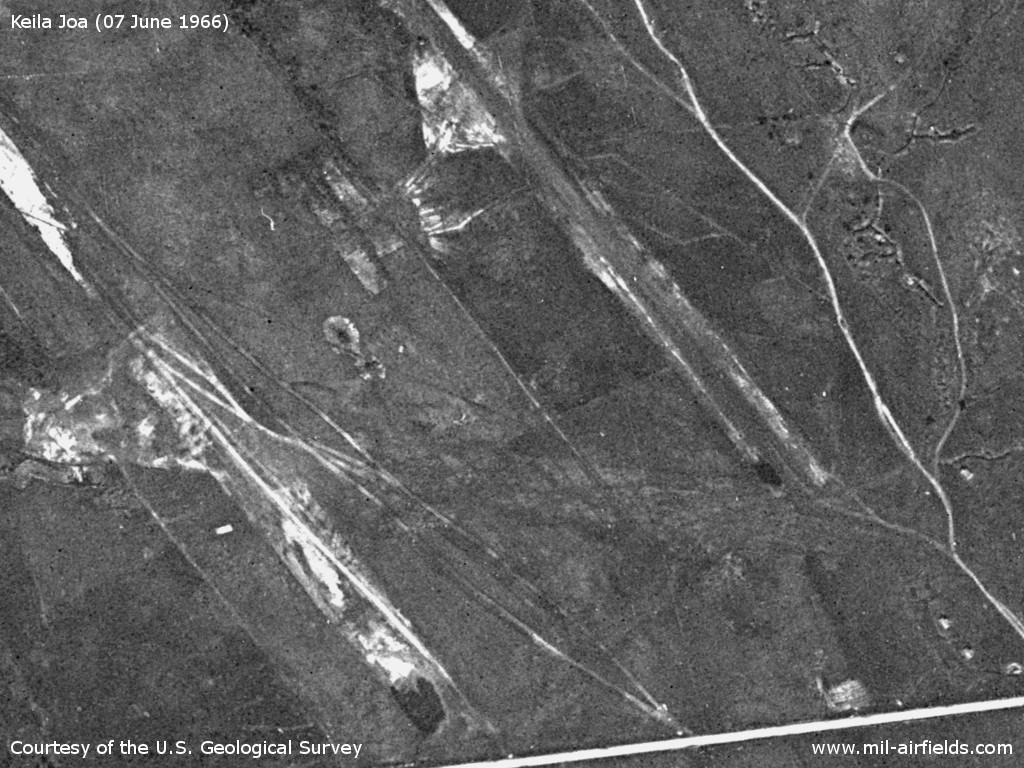 Remains of the old runways in the south-east
Source: U.S. Geological Survey