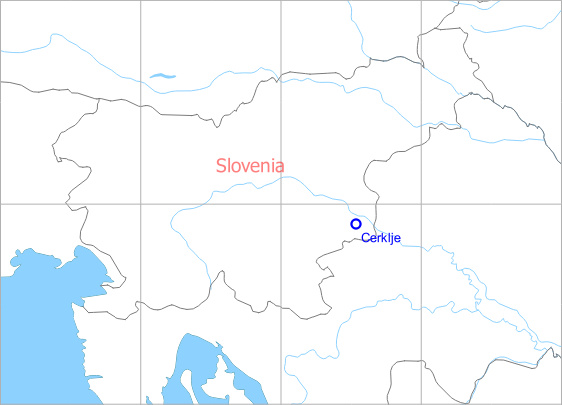 The history of the Cold War airfields: Cerklje

Cerklje was an airfield of the Yugoslav People's Army. As a special feature it had a distant dispersal area, about 2 km southwest. The route between the airfield and the dispersal area could be used as a runway. 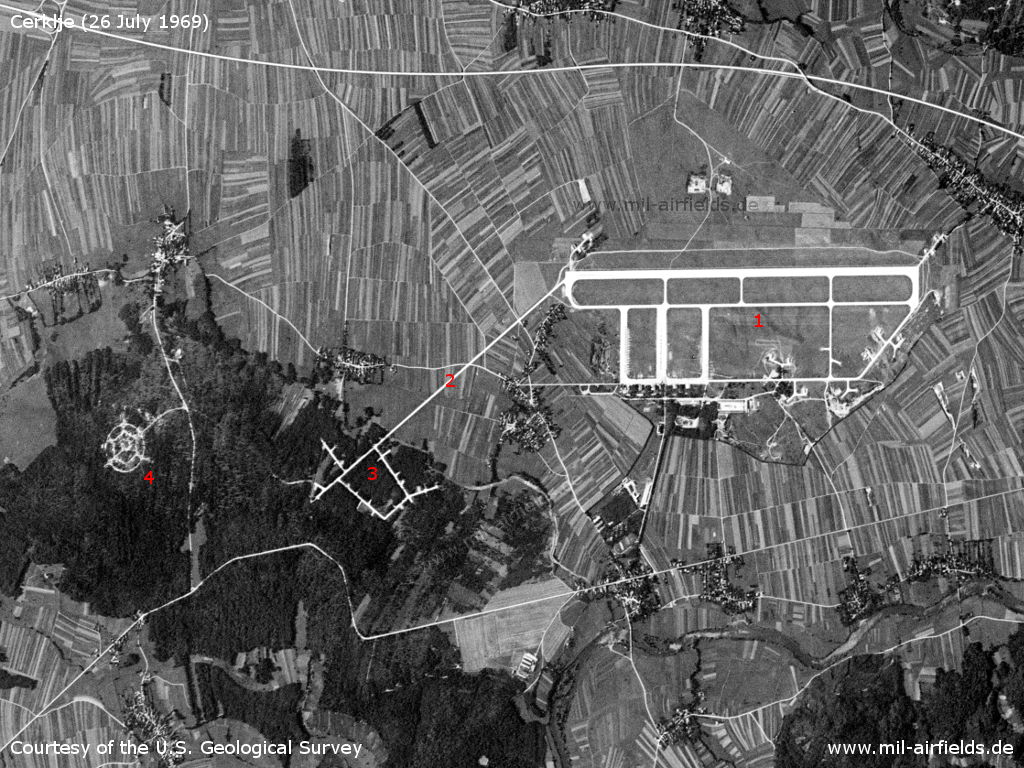 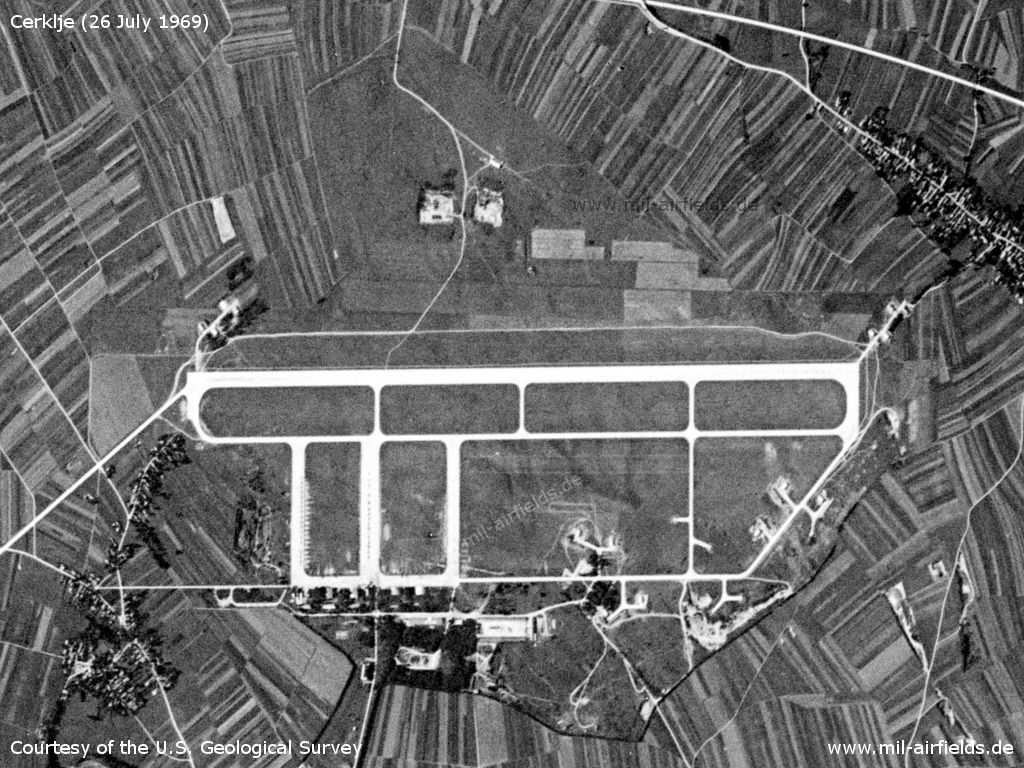 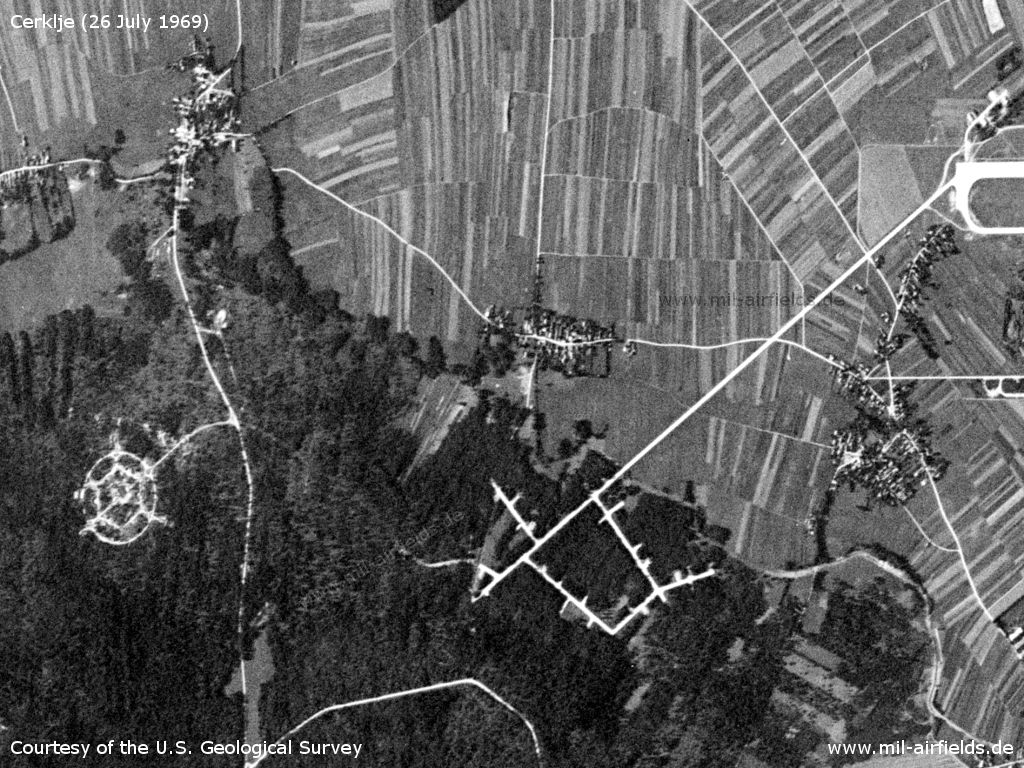 Emergency runway, remote dispersal and SAM site - Apparently, there was a connection path from the decentralization area to the anti-aircraft missile site at that time.
Source: U.S. Geological Survey 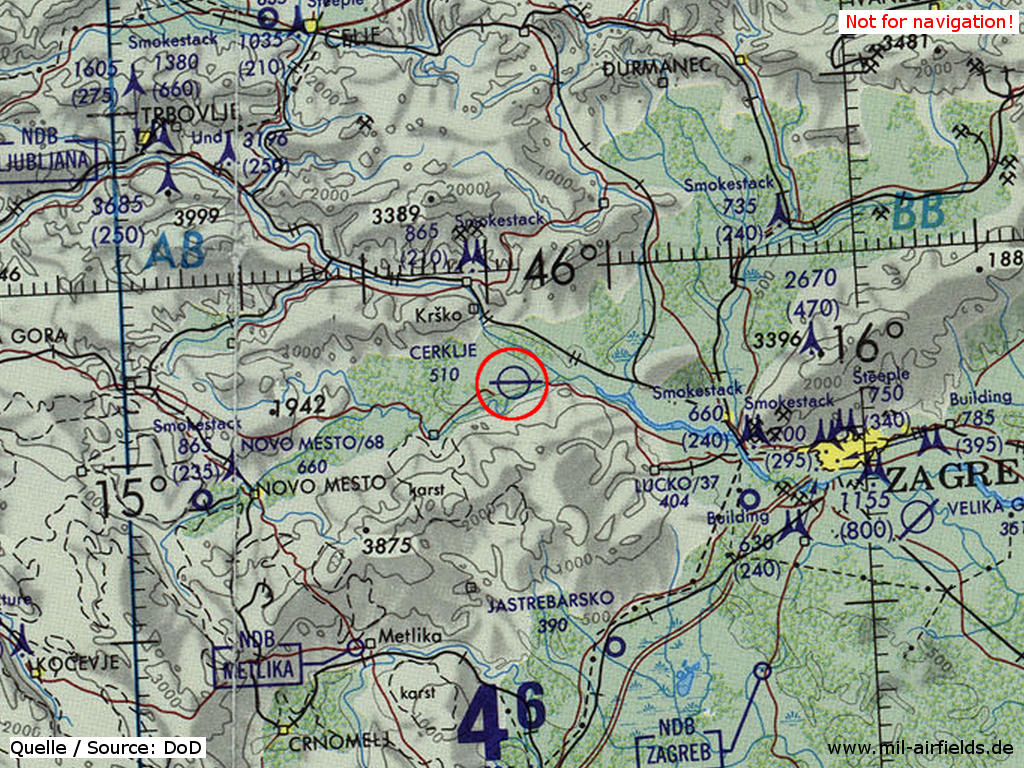 Cerklje Air Base on a map of the US Department of Defense from 1981
Source: ONC F-2 (1981), Perry-Castañeda Library Map Collection, University of Texas at Austin

Slovenian air base. The remote dispersal area in the southwest is used as racetrack "Gaj circuit" (formerly "Mobikrog") 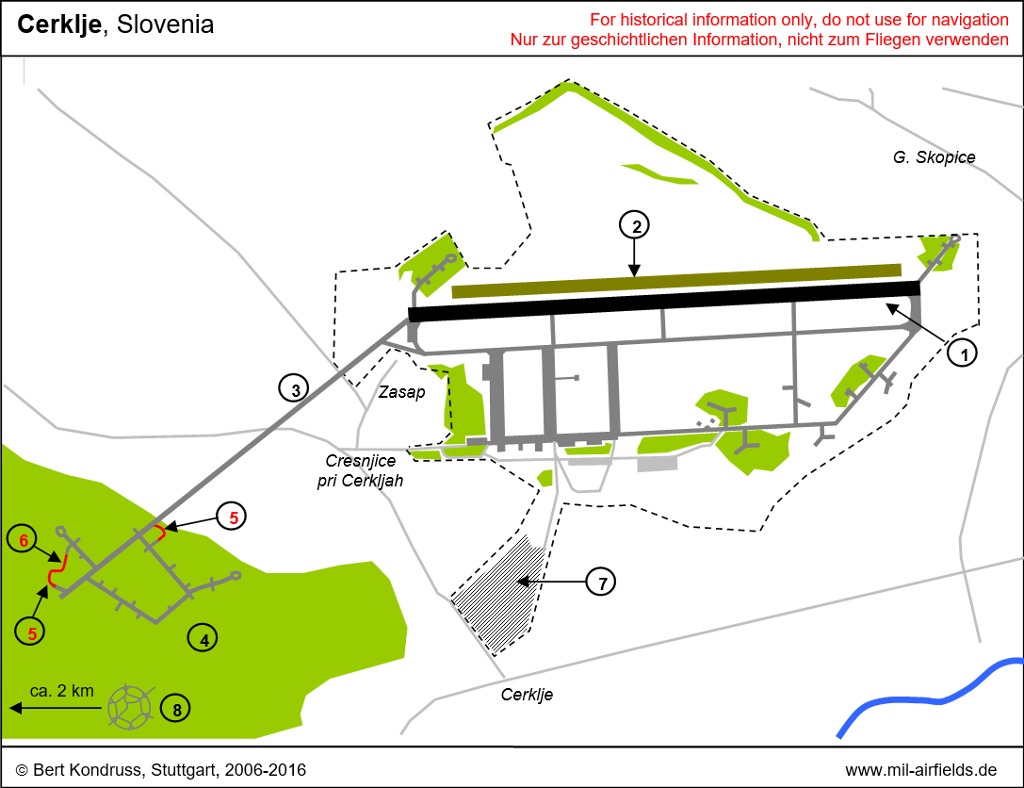 In addition to the main runway, the airfield had an emergency runway in south-western direction. At the end was a remote dispersal areas with shelters. About 4 km southwest of the airfield was a anti-aircraft missile base.

The emergency runway and the former dispersal area in 2005 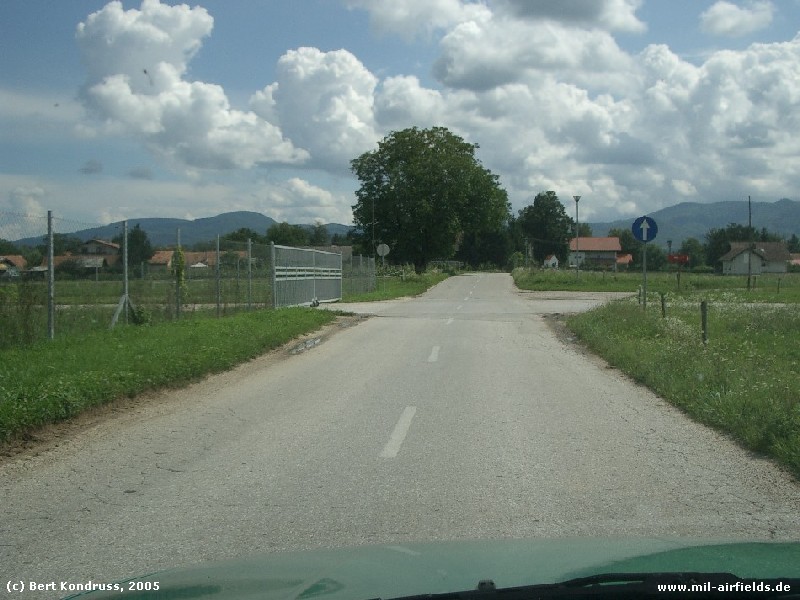 Gate from the airfield to the emergency runway (near Zasap) 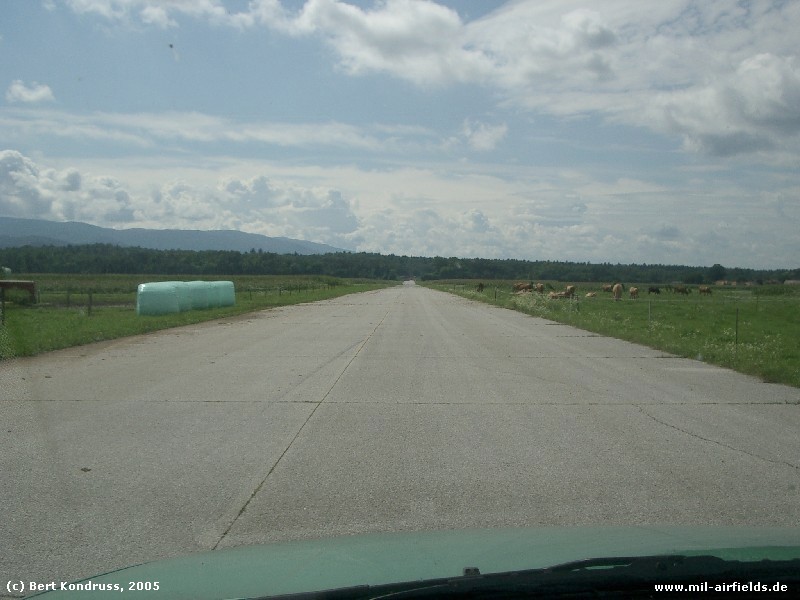 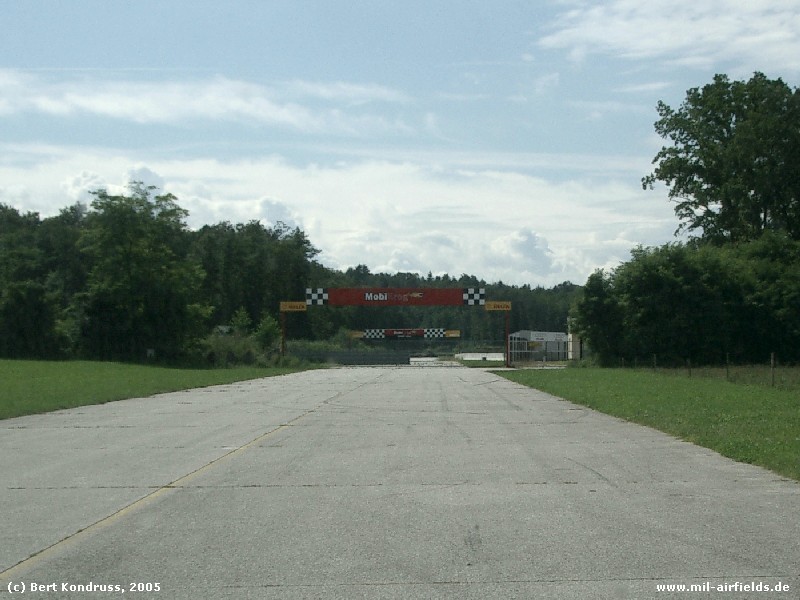 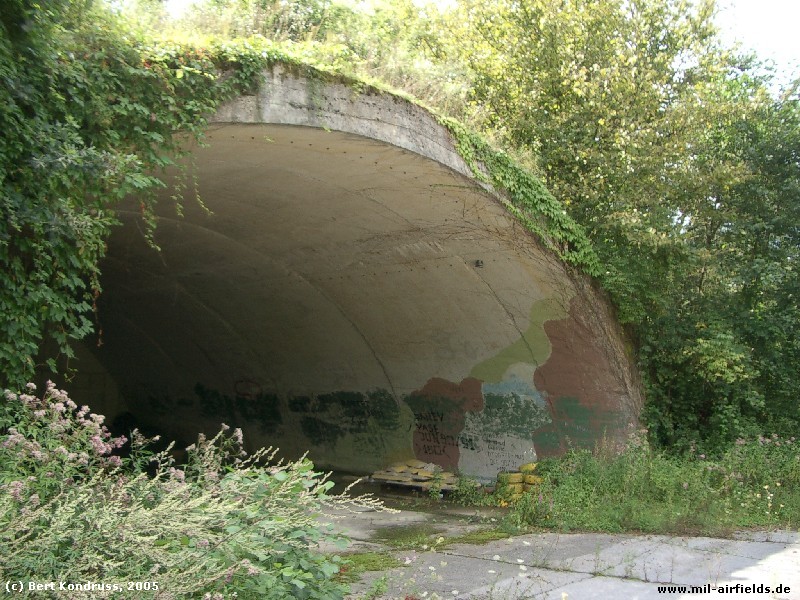 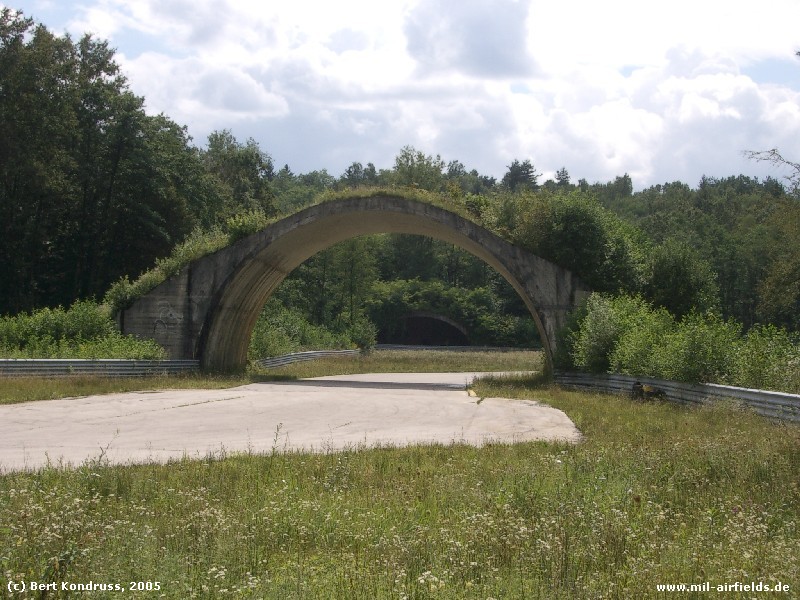 The racetracks runs through a shelter 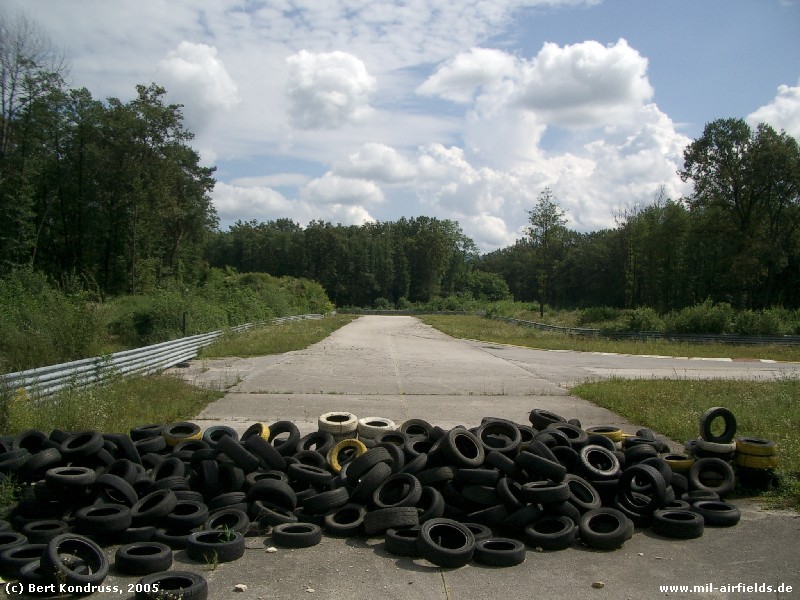 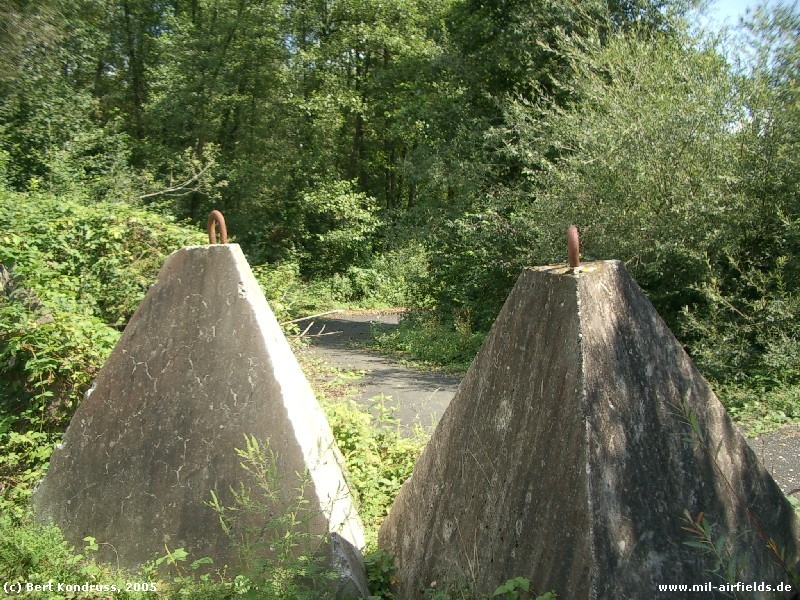 Barricades at the terminating circle of a taxiway

Pictures from the former anti-aircraft missile site at Gorica, about 4 km south-southwest of the airfield. 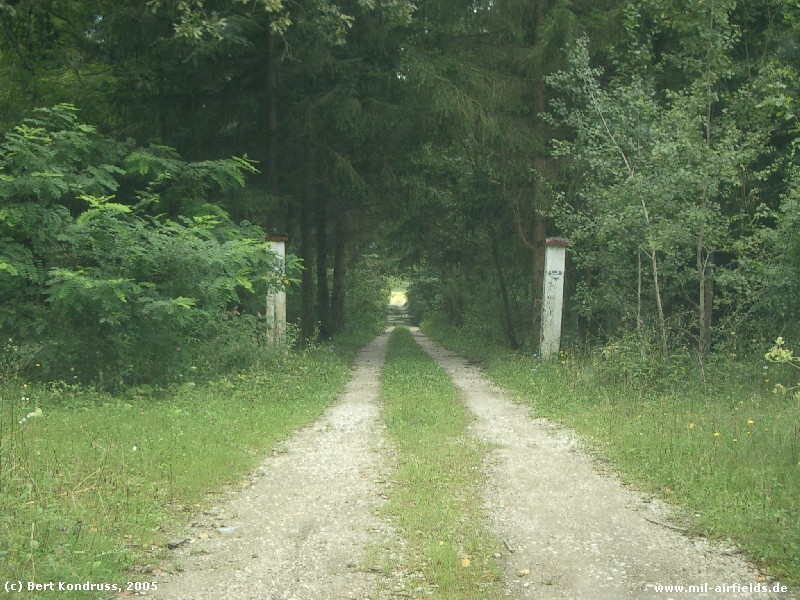 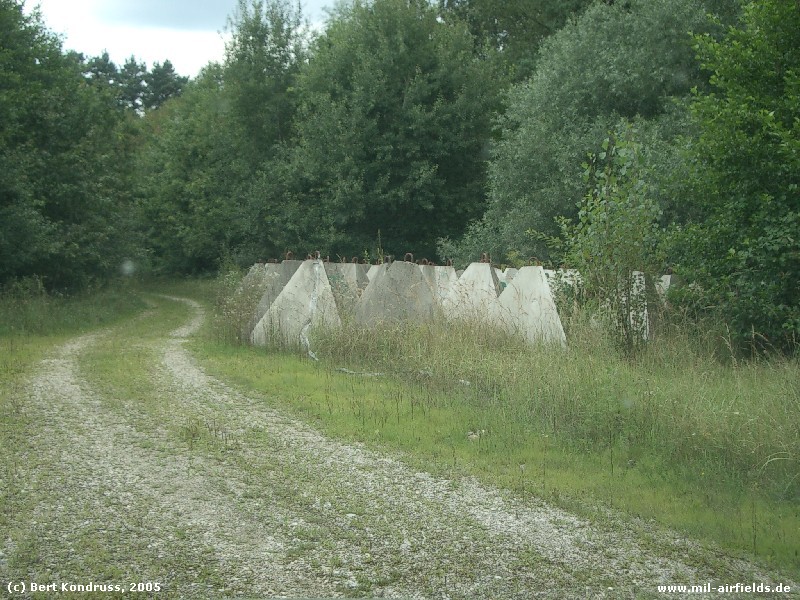 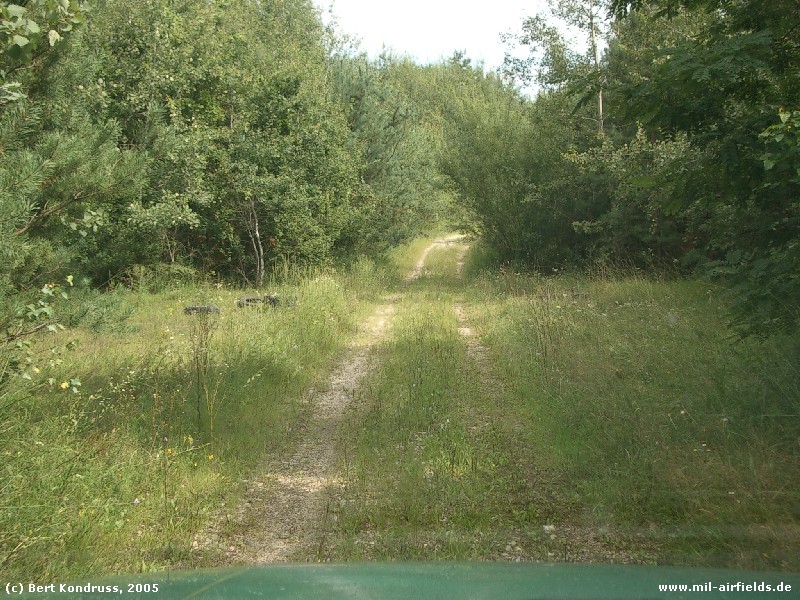 Way on the site 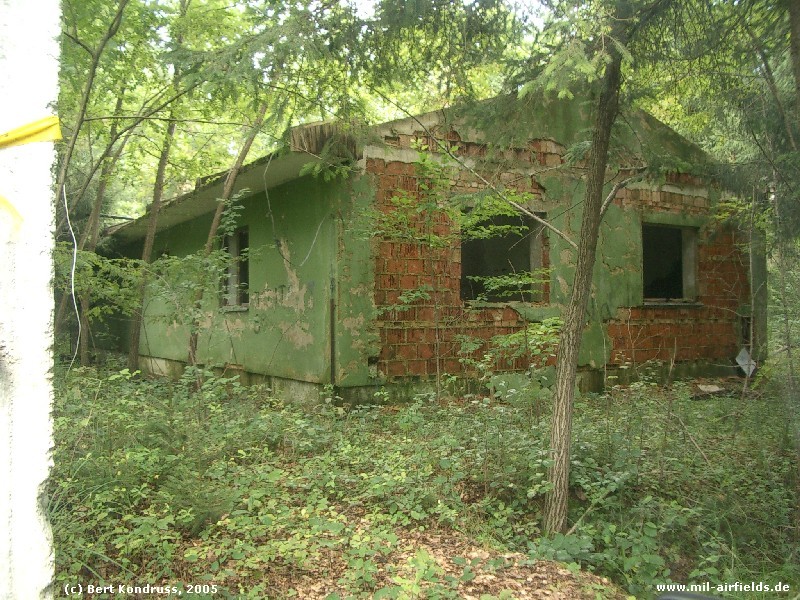 Buildings at the gate 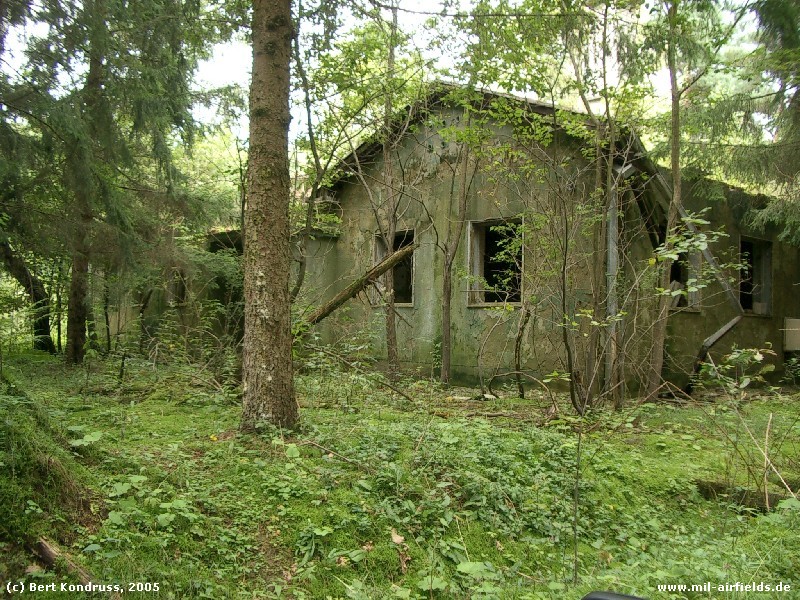 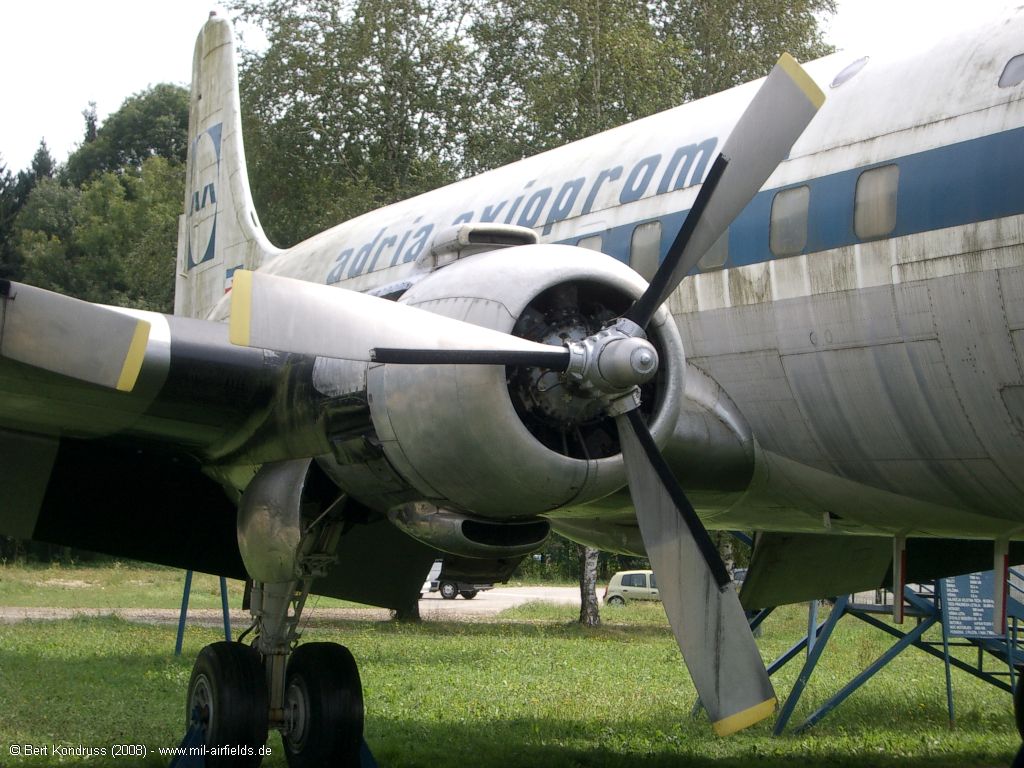 Falkenberg Air Base (Germany)
650 km away 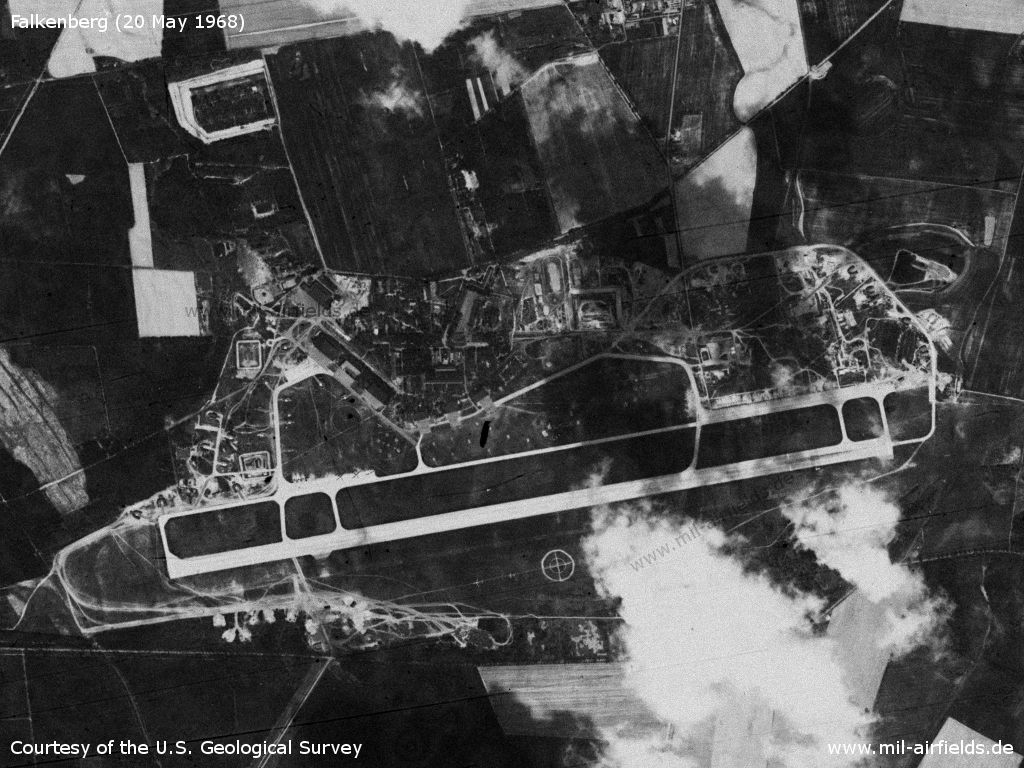 Jēkabpils Air Base (Latvia)
1382 km away 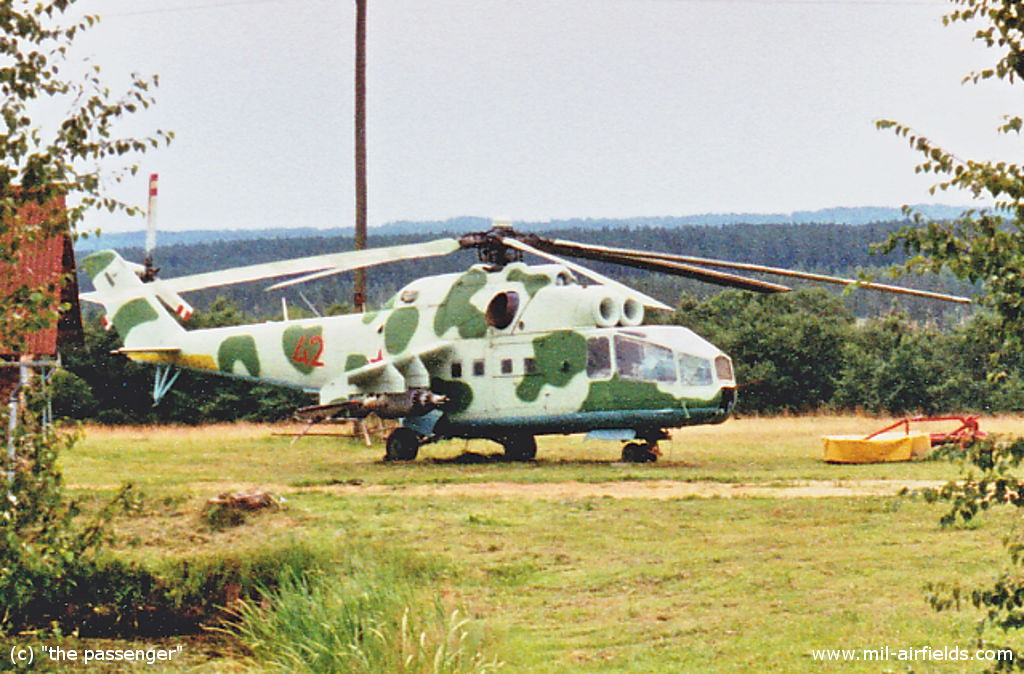