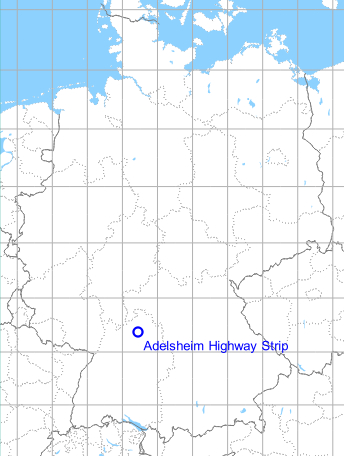 On the Autobahn A 6 in the vicinity of Adelsheim-Leibenstadt, an emergency landing field was prepared during the Cold War. After the reunification, it was abandoned. In this section, the middle strip is concreted through and there is a parking area at both ends. 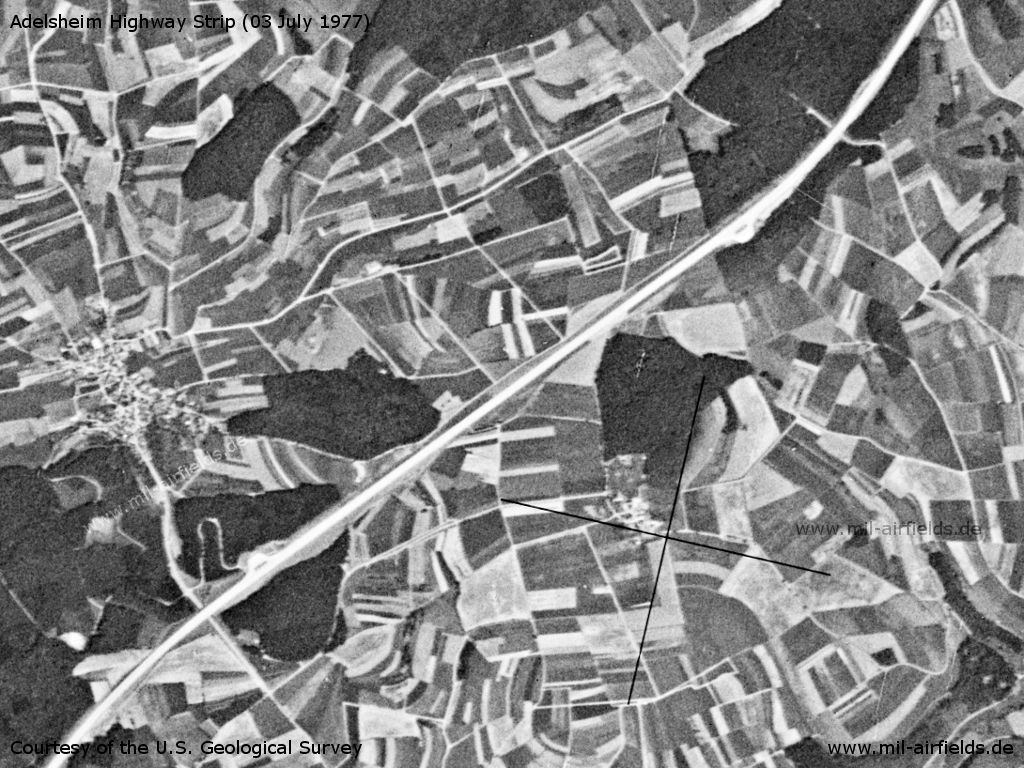 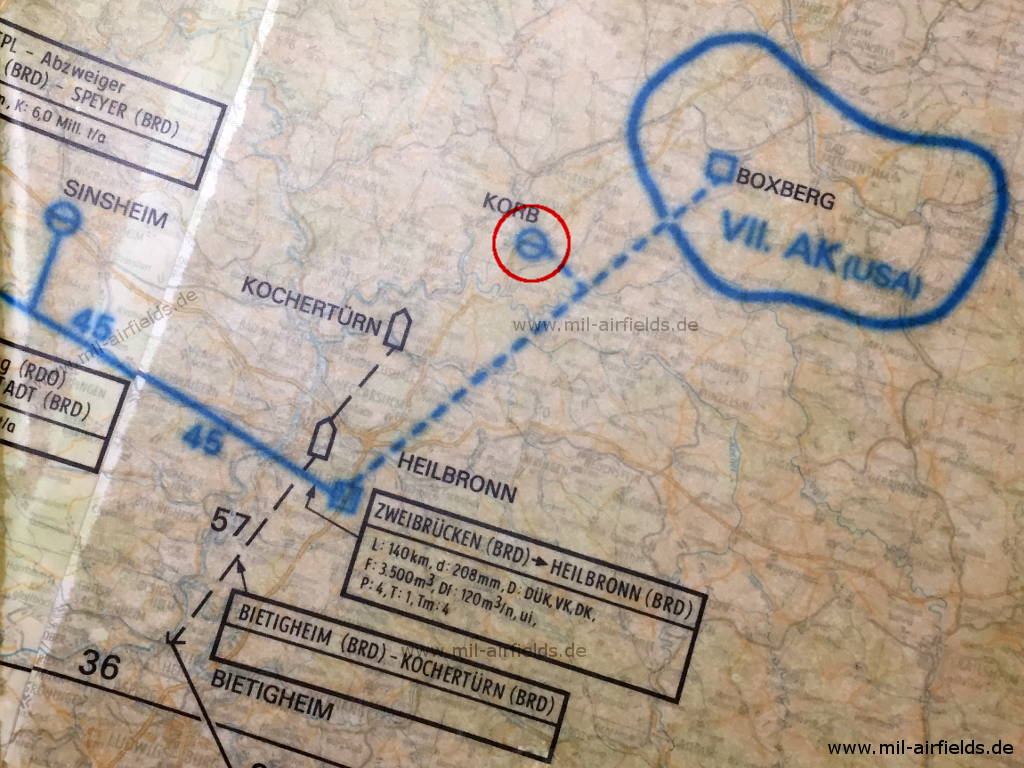 In the GDR they were informed: - Excerpt from a reconnaissance map of the National People's Army on the pipeline system in the Federal Republic of Germany. NATO pipelines in the CEPS (Central European Pipeline System) are shown in blue here. According to the map the NLP Adelsheim (here called KORB and circled in red for clarification) should be connected to the pipeline under construction from Heilbronn to Boxberg. The area circled in blue around the Boxberg tank farm means: "Probable accommodation area of corps supply points".
Source: NVA, Karte des Rohrleitungsnetzes, Geheime Verschlußsache GVS A 465 445 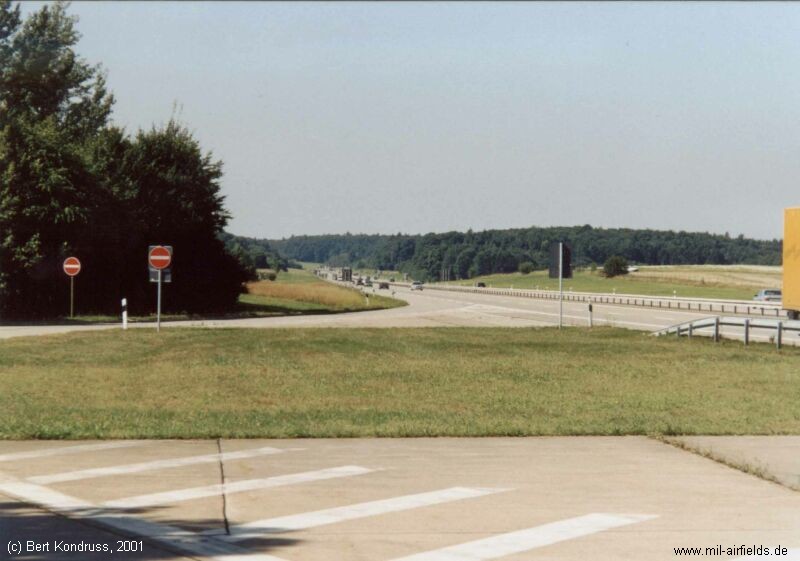 The highway strip in 2001, seen from the north-eastern rest area. 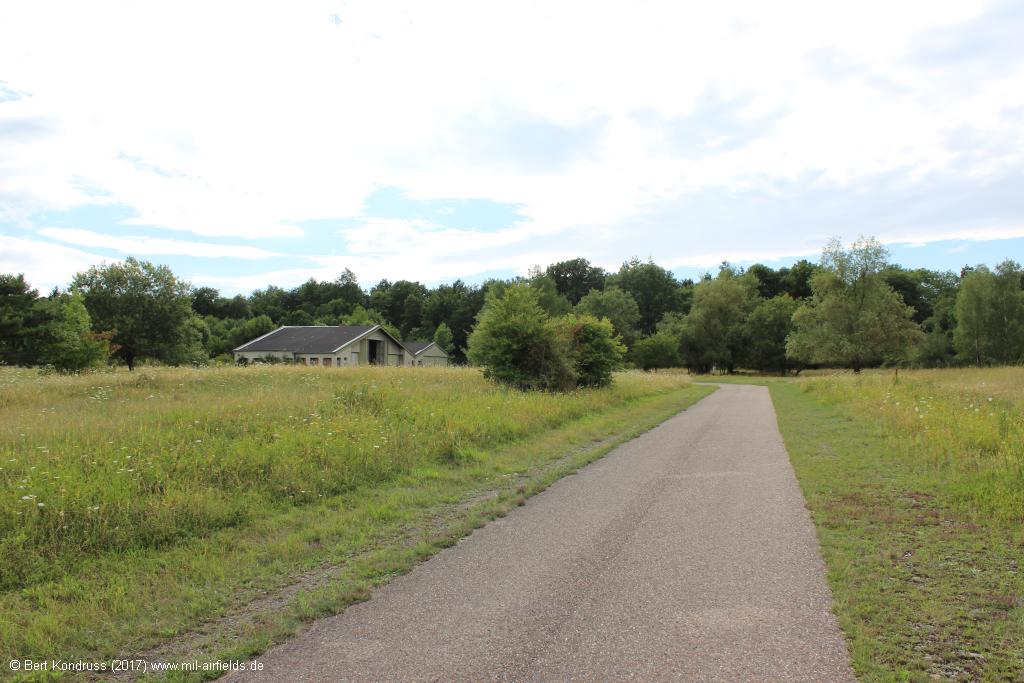 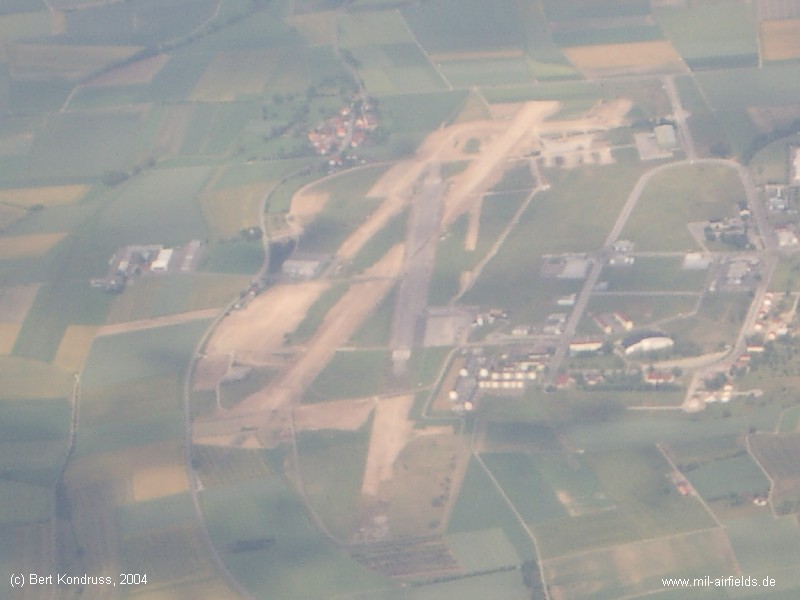 Großenhain Air Base (Germany)
363 km away 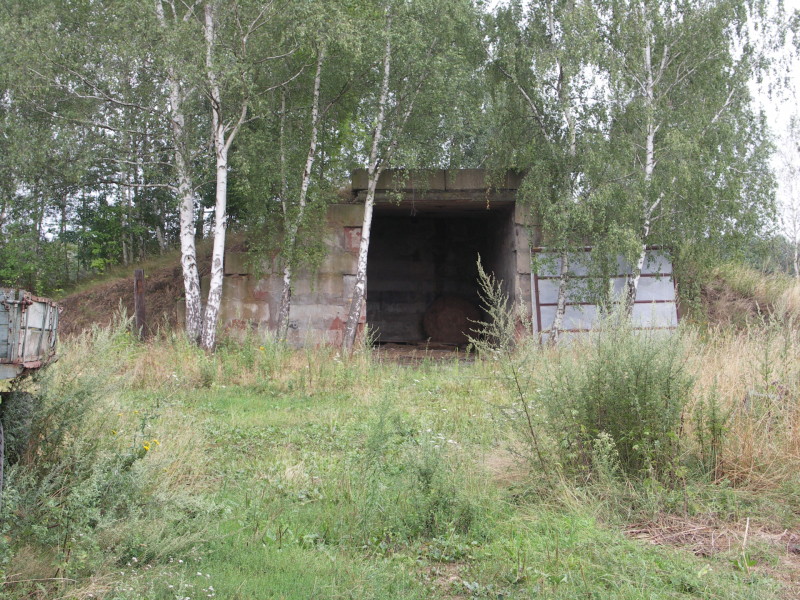 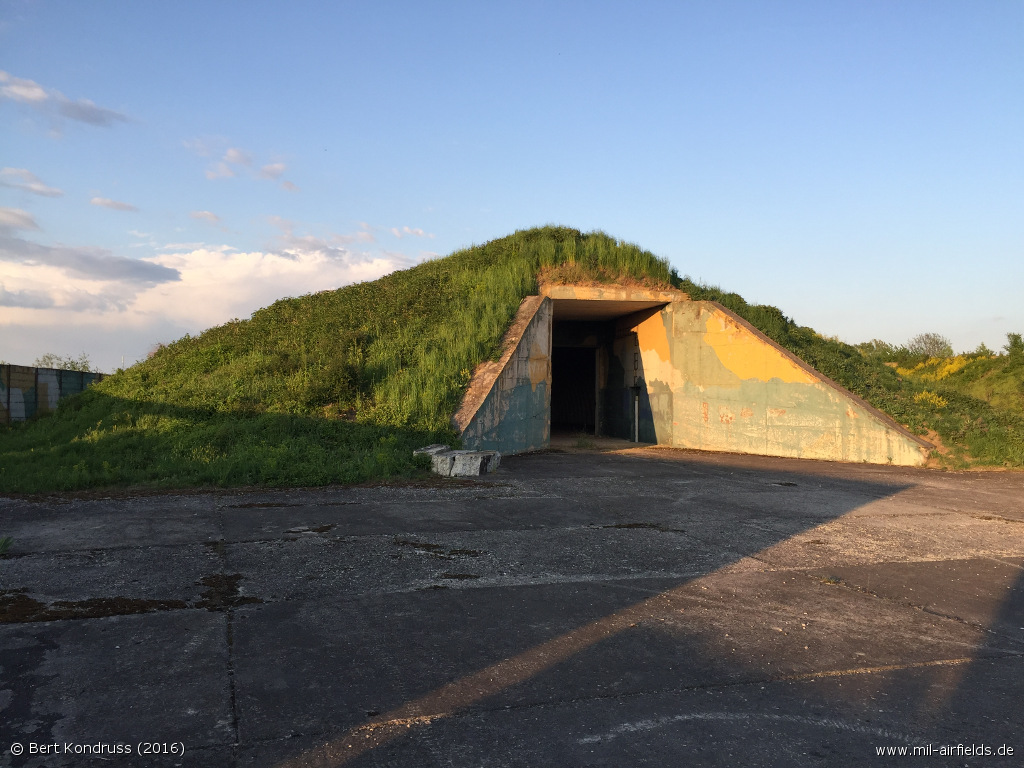