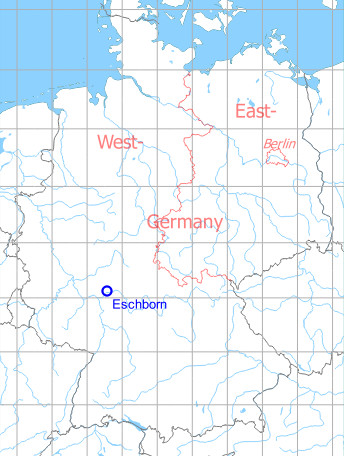 In the late 1930s construction for a Luftwaffe airfield began at Eschborn. After the end of World War II in 1945, the airfield was taken over and extended by US troops. At this time, parking areas have been built which were characteristical for US airfields then, with rectangular-shaped pads alternating left and right of a taxiway. Those can still be seen on satellite images as shadows in the southwestern part of the field.
At the same time, today's Frankfurt Rhein/Main airport was also extended. Already during the Berlin Airlift in 1948/49, Rhein/Main was more important than Eschborn. In the following years, Eschborn became a US Army post, which included a simple helipad "Camp Eschborn". In the early 1990s, the troops were withdrawn and thus the helipad was closed.
Large parts of the former airfield have been transformed into a park. Of the buildings, a hangar and some ruins still exist.

The airfield was located southwest of Eschborn and east of Sulzbach (Taunus).
The US Army helipad was on the eastern border of the camp and south of the quonset huts. 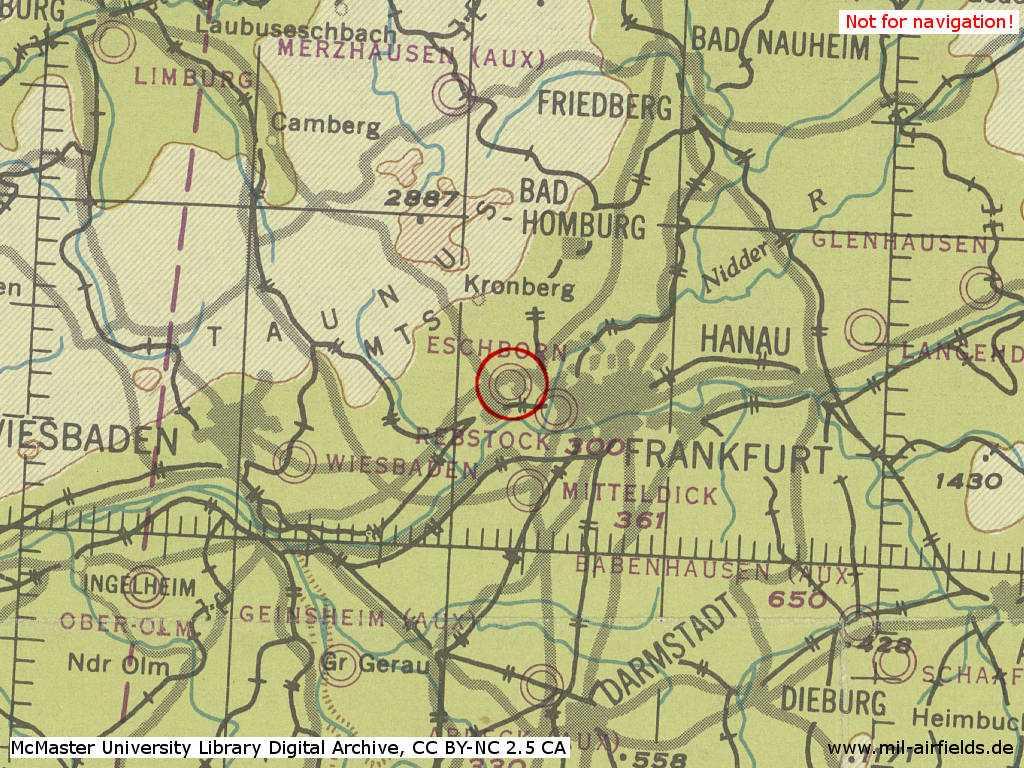 Usage during the Cold War

Airfield / air base, later US Army helipad until the early 1990s. 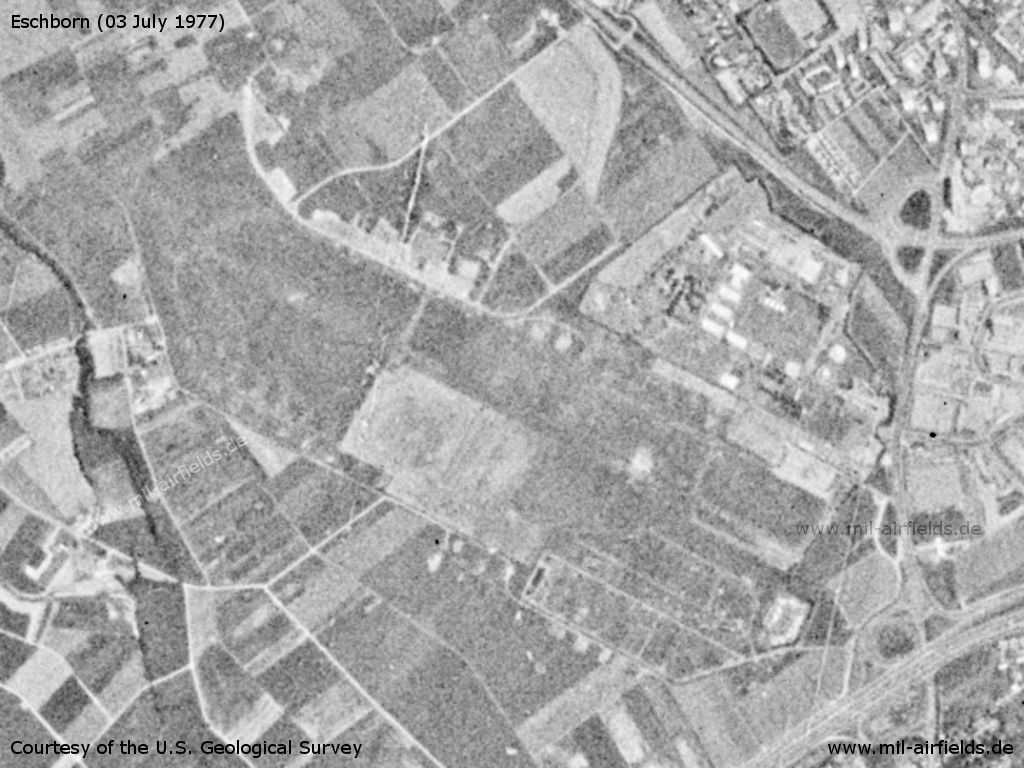 Eschborn Airfield on a US satellite image from 03 July 1977 - Some of the former parking pads are still visible
Source: U.S. Geological Survey 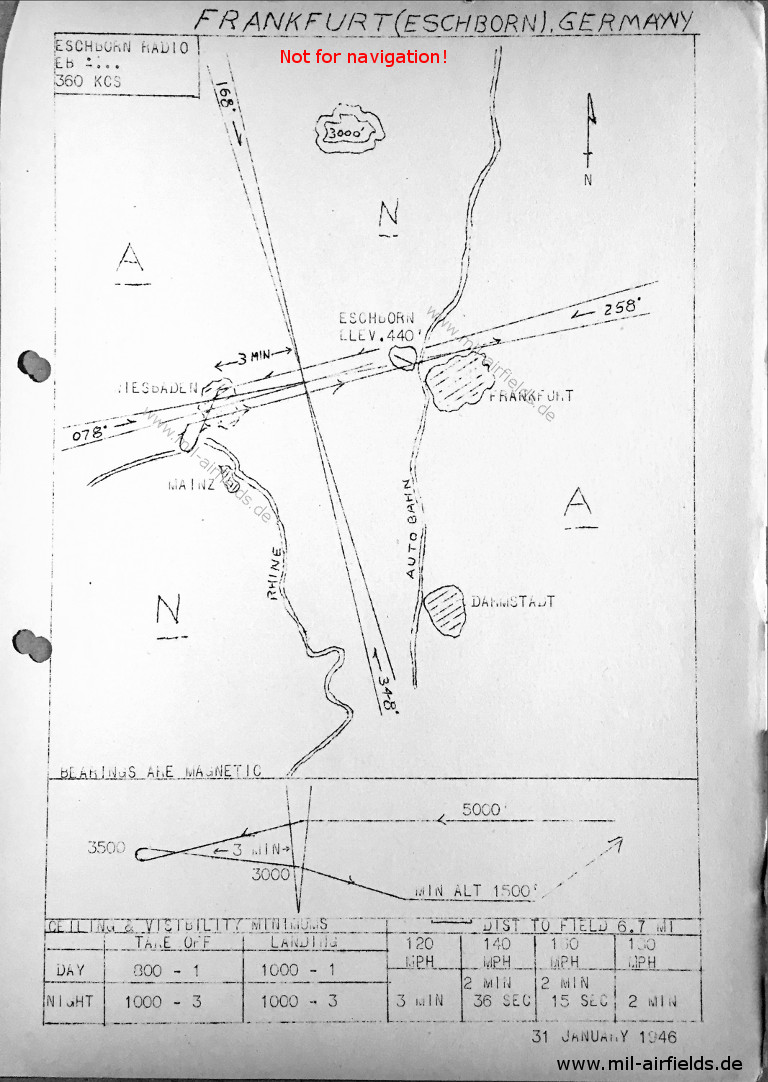 Instrument approach to Frankfurt Eschborn in 1946

Antennas to the south and west (196x).
(The reference to antennas points to the radio station which was operated by the German Bundespost at the former airfield at this time).
High-rise appartments east and north (1990).