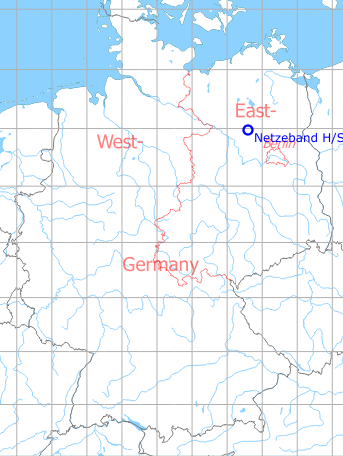 14 km northwest of Neuruppin; on today's Autobahn A 24, between junctions Neuruppin and Herzsprung.

Highway Strip on former East German Autobahn A 15 (different numbering schema than today). The highway strip had the airfield ID 2023 in the system of the former East German National People's Army.
In April 1982, the motorway section was used by airplanes and helicopters of the National People's Army (NVA) of the GDR and Soviet air forces as part of an exercise. Among others, East German Fighter Wing 9 (JG-9) from Peenemünde with MiG-23 and the Transport Squadron 24 (TS-24) from Dresden with An-26 were involved. 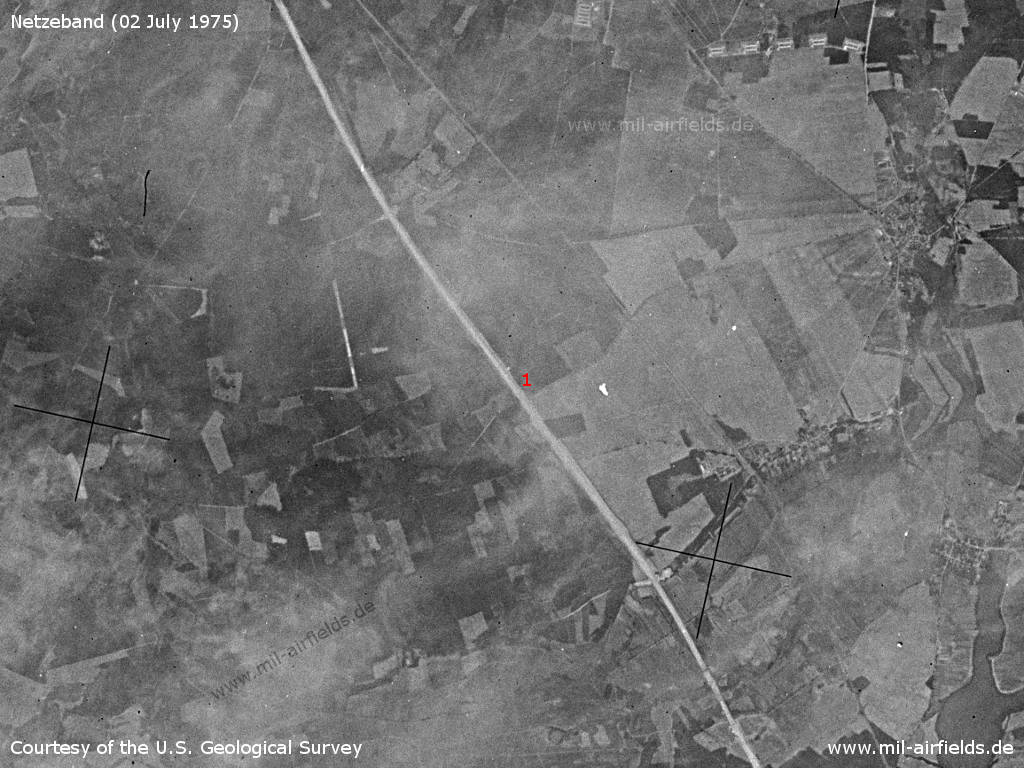 On this satellite picture from 02.07.1975 the autobahn is still under construction. - From the later emergency landing site (1) only the straight route is recognizable so far.
Source: U.S. Geological Survey 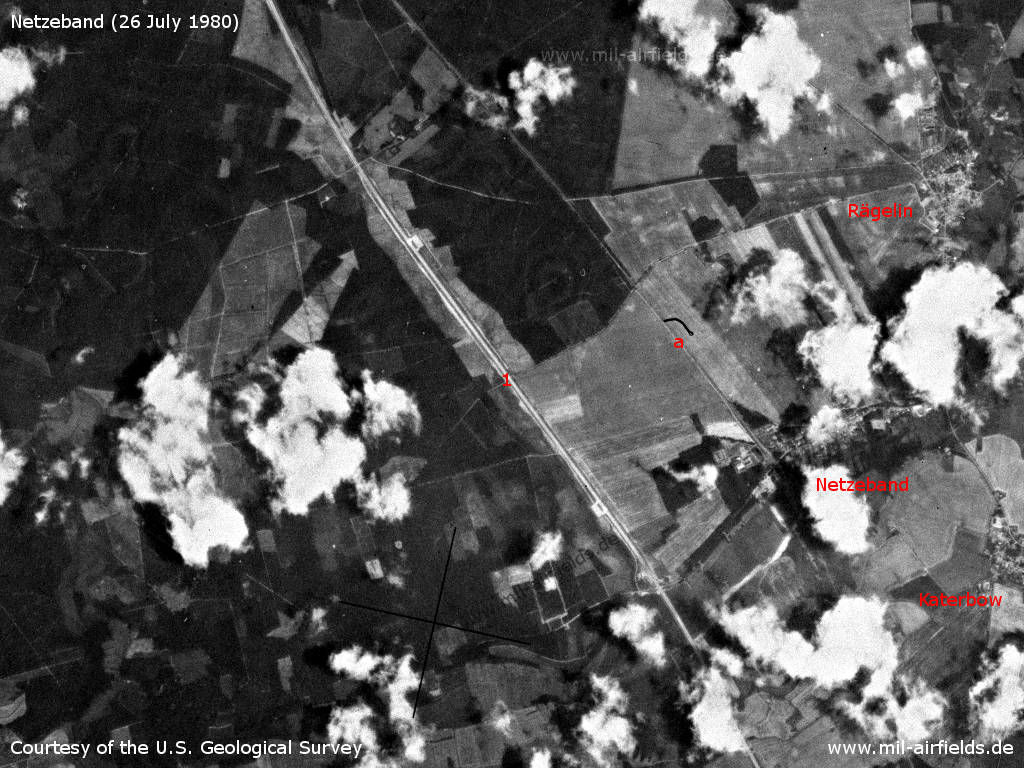 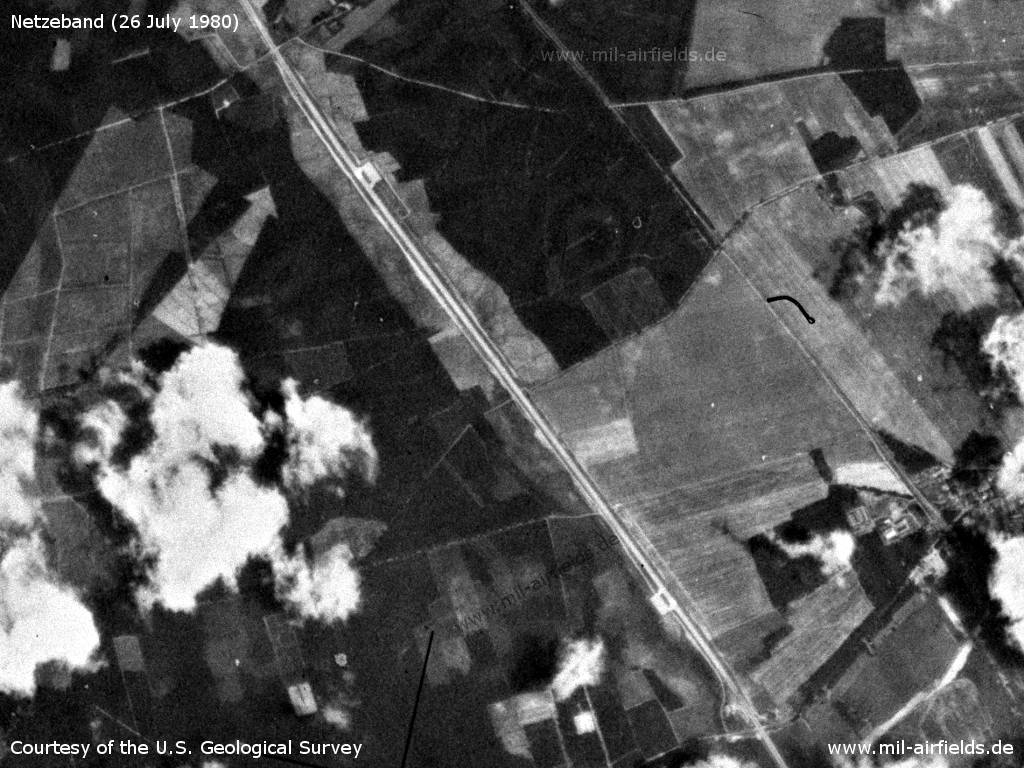 Enlargement - On the north-eastern and south-western side there is now a large car park recognizable. There is also a parallel path on both sides of the motorway.
Source: U.S. Geological Survey

The thresholds were marked by ceramic markers and stones:
- Threshold south: km 44,298
- Threshold north: km 46,800
("km" means the kilometer marker at the time of former East Germany)
The outer points in main and secondary landing directions were marked by geodetic signs (stone columns).

The facilities were not permanently deployed.

The radio call sign of the highway strip was PUMA.