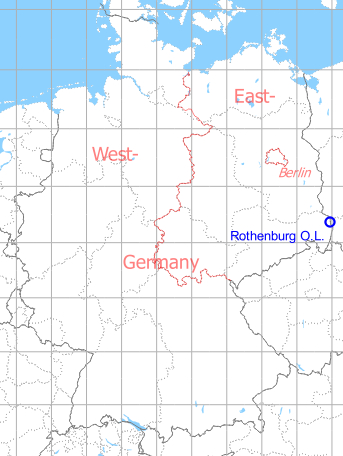 Germany during the Cold War Map
The history of the Cold War airfields: Rothenburg/Oberlausitz
Rothenburg was a military airfield of the former National People's Army (Nationale Volksarmee, NVA) of the GDR. For many years, the Pilot Training Wing 15 (Fliegerausbildungsgeschwader 15, FAG-15) with the honorary name "Heinz Kapelle" was stationed here, which carried out the training on aircraft MiG-21. Presumably due to the maximum distance to the west, the field was also used to deliver new Soviet aircraft types to the NVA. Since German reunification, the airport has been used for general aviation. 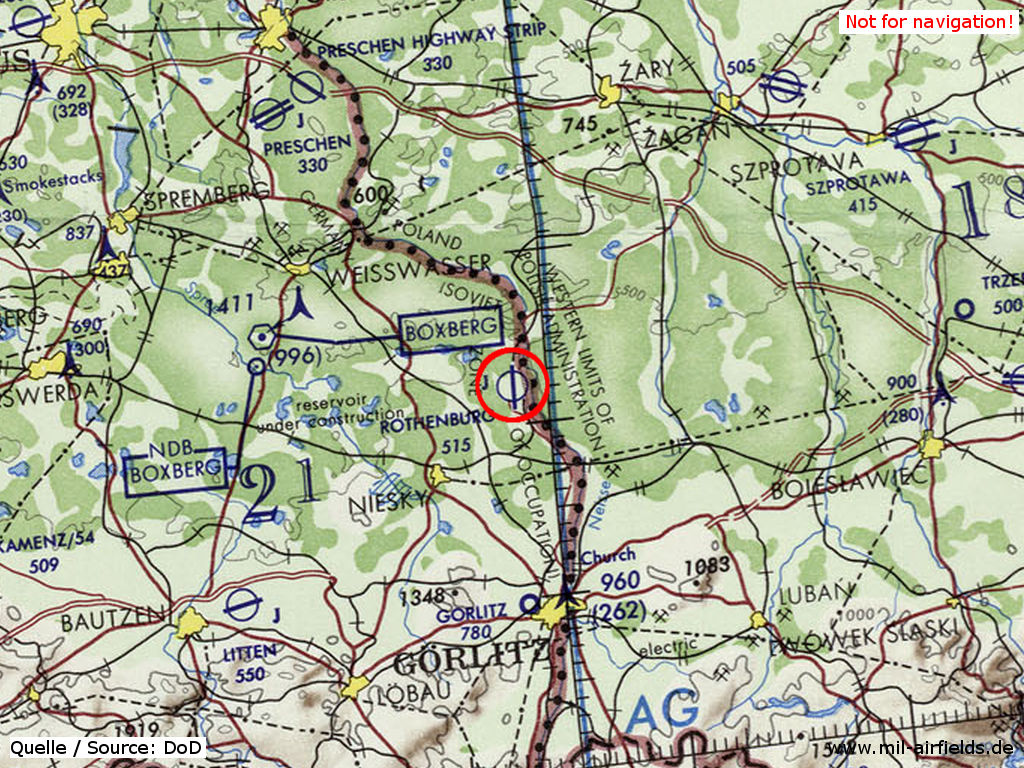 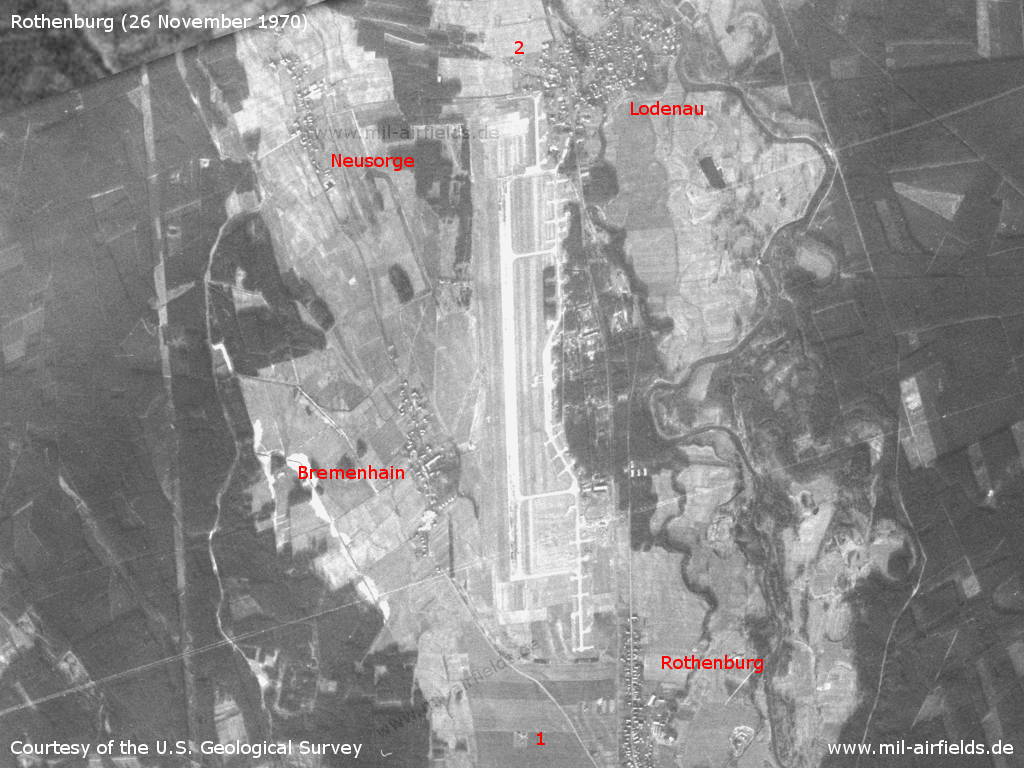 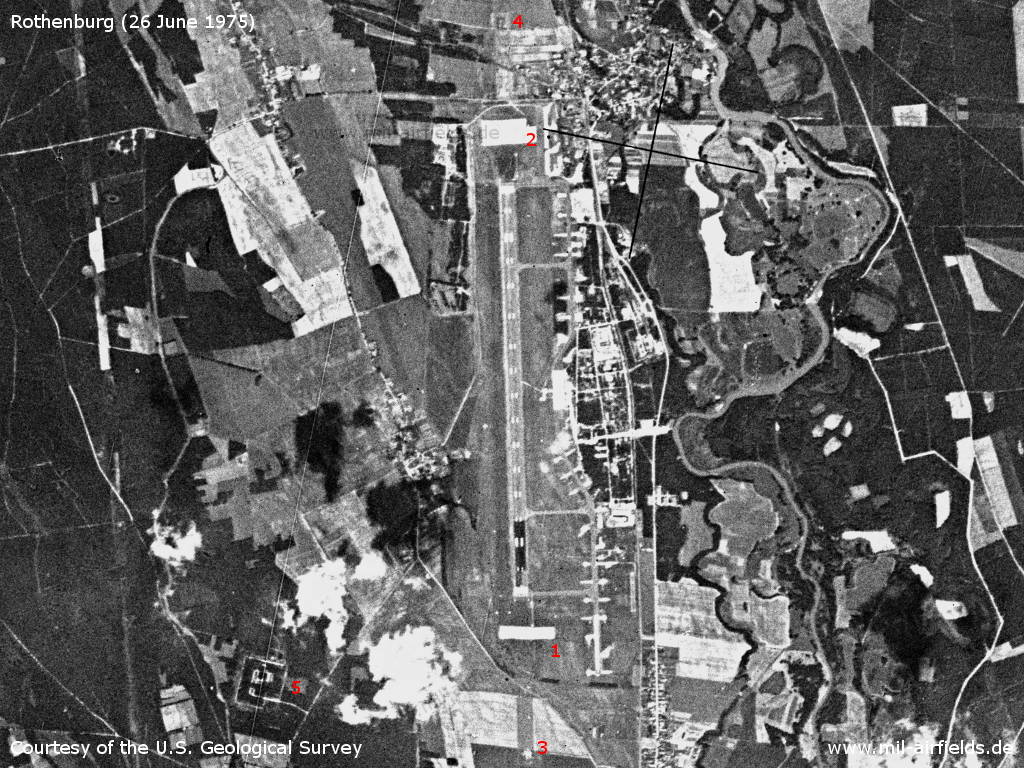 Thursday 26 June 1975 - On this picture the earth brake surfaces are well visible as bright areas on both sides of the runway (1 and 2). They are intended to stop an aircraft that has rolled over the end of the runway. At a distance of about 1000 m there are the two innder marking points (3 and 4). In the forest southwest there is a depot (5).
Source: U.S. Geological Survey 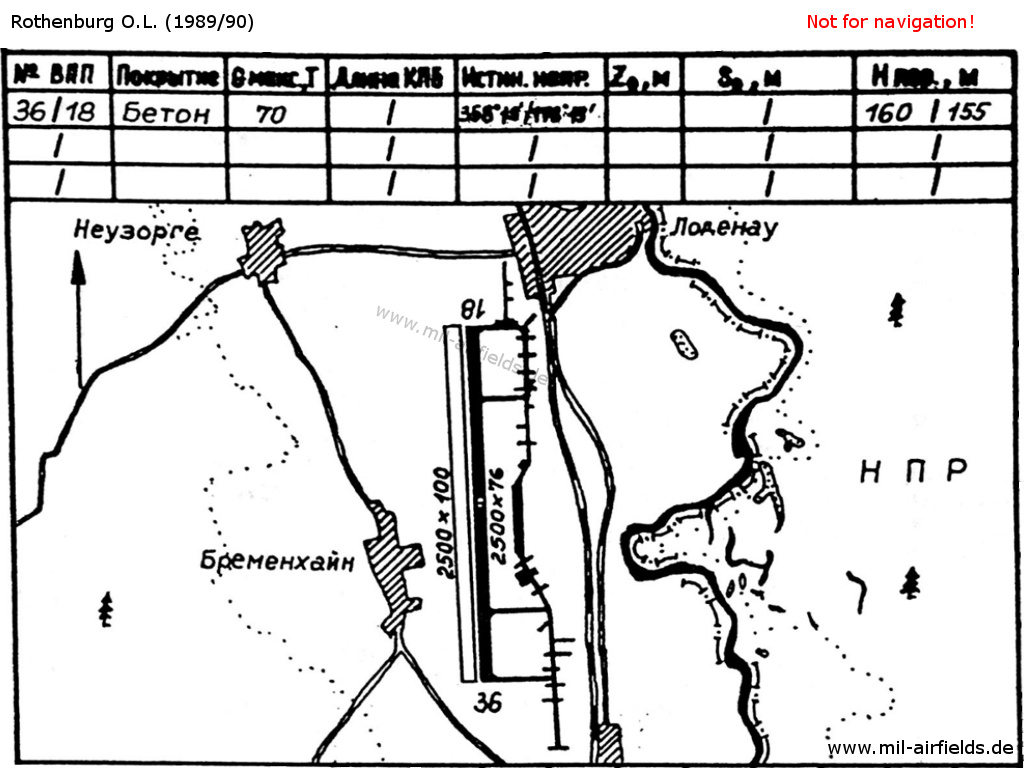 Rothenburg air base on a map in the East German National People's Army "Directory 012" (Verzeichnis 012, formerly "Top Secret") from about 1989/1990. - Hand-drawn maps were quite common in the Eastern bloc. The map shows the nearby villages Neusorge, Bremenhain and Lodenau, the airfield with concrete and grass runway und the taxiways. On the right side is Poland.
Source: NVA LSK/LV

The radio call sign of the airfield was OPER. 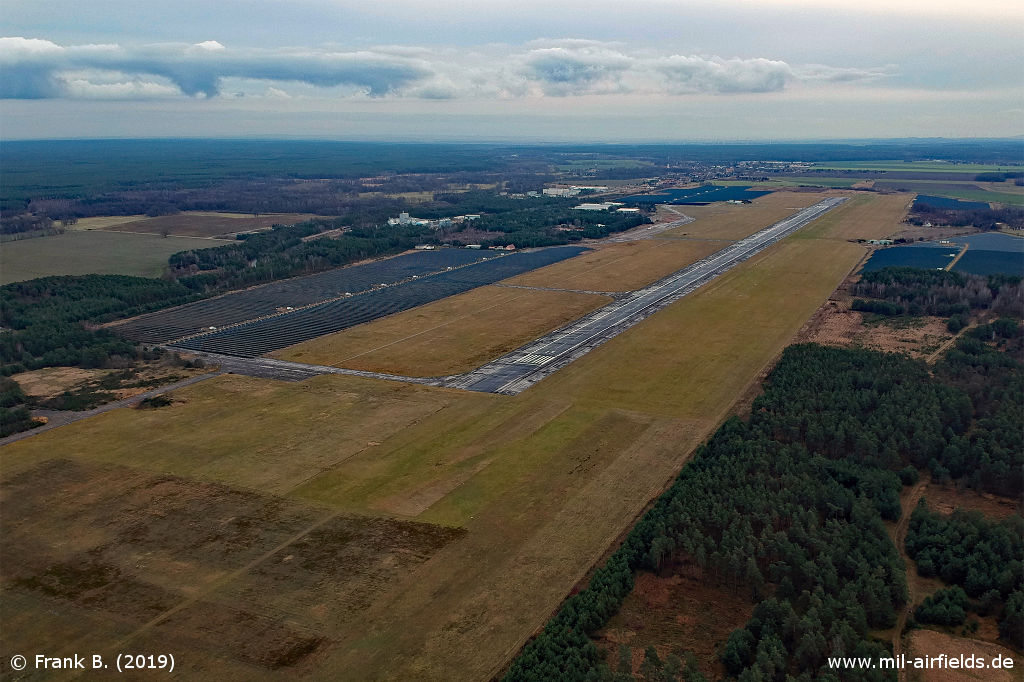 Aerial picture from 2019 - The viewing direction is approximately southeast.
Source: Frank B. 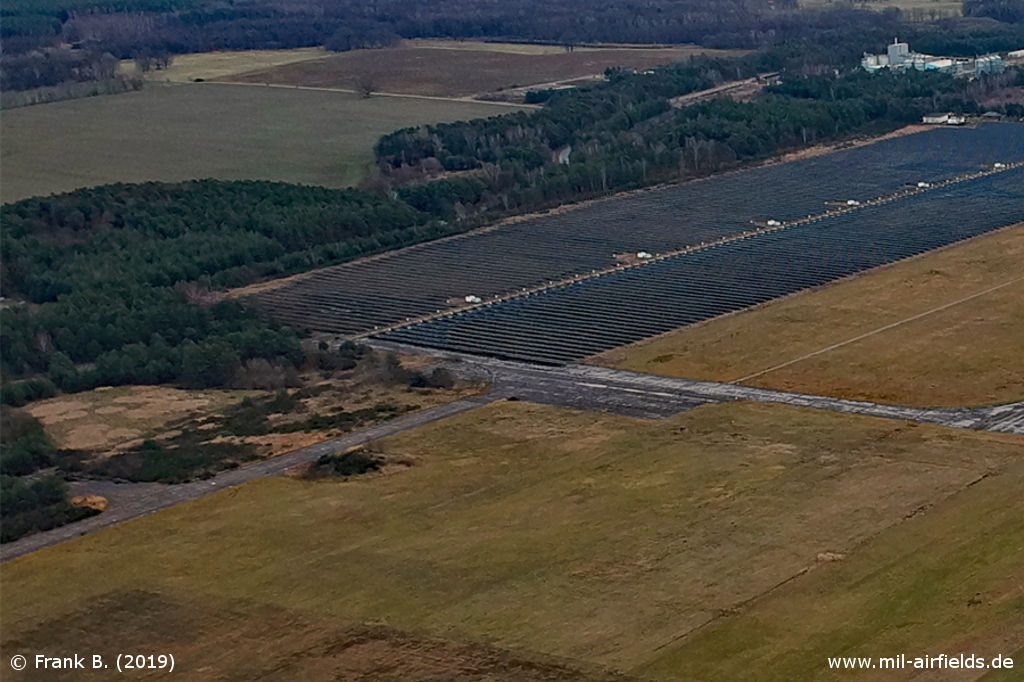 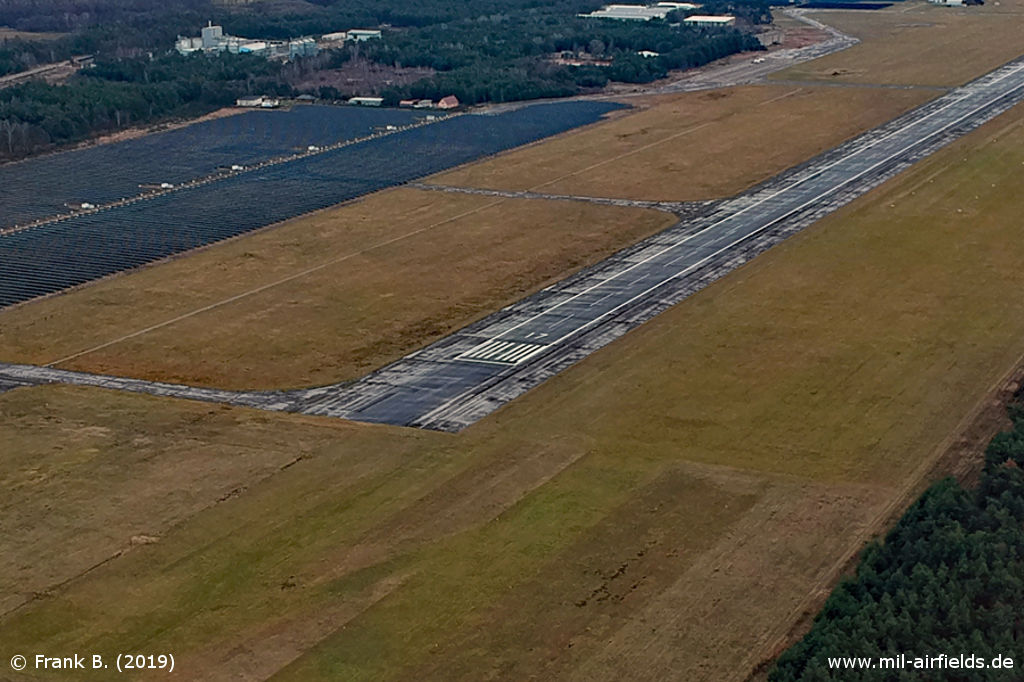 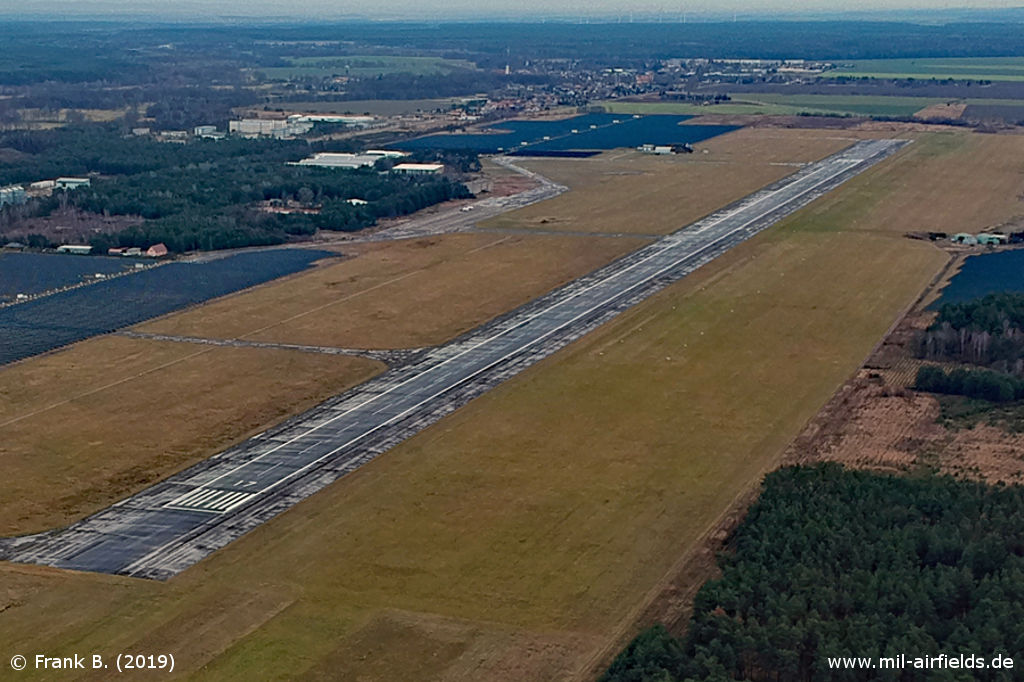 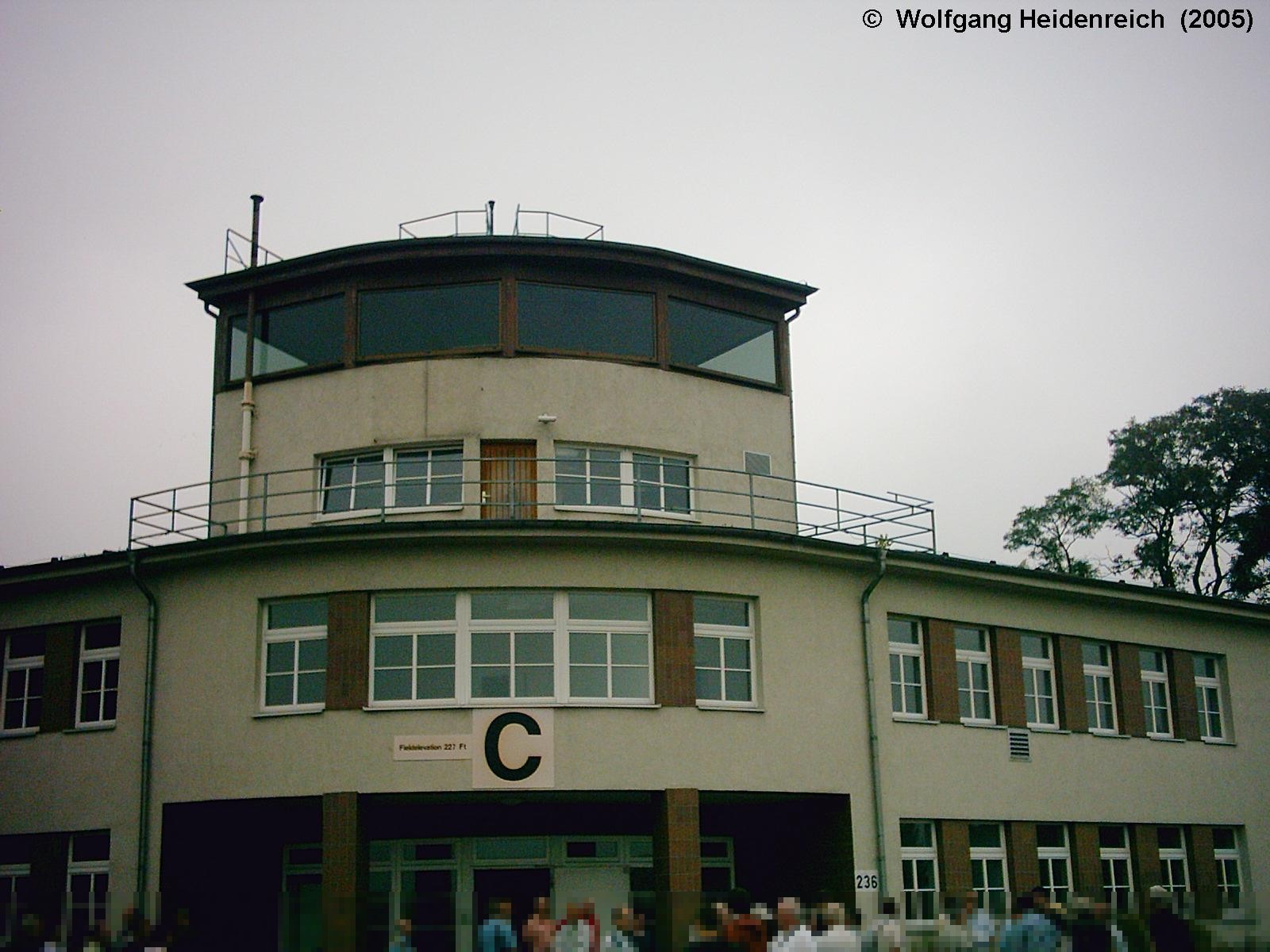 Bautzen Air Base, Germany, in the Cold War
only 36 km away 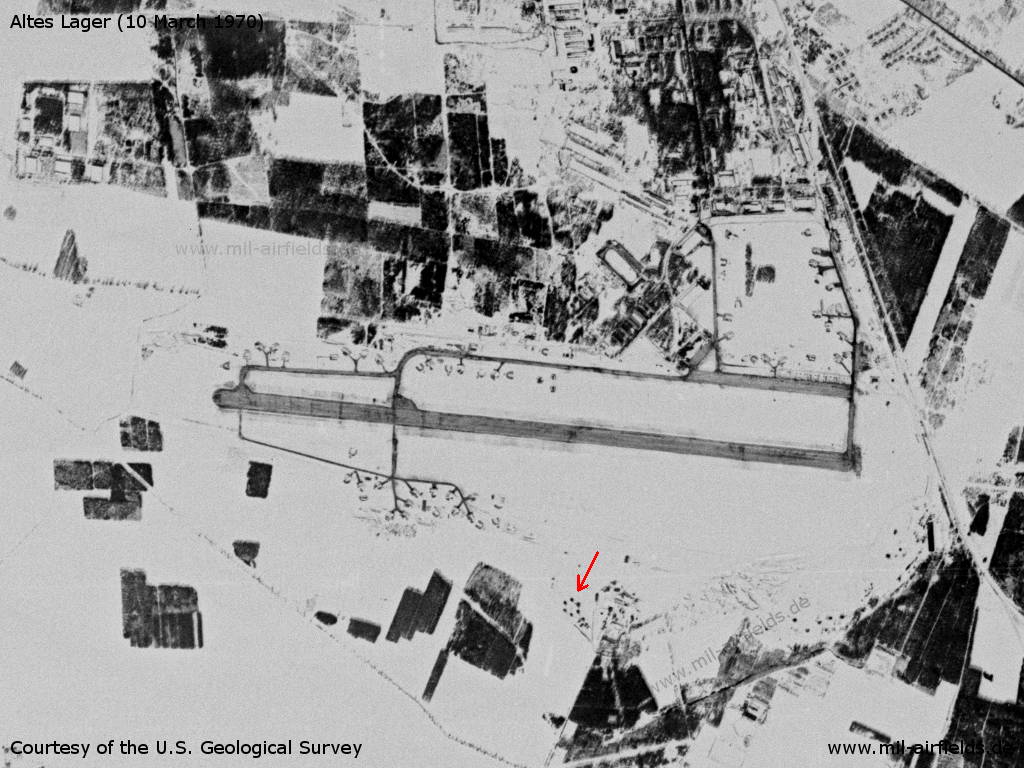 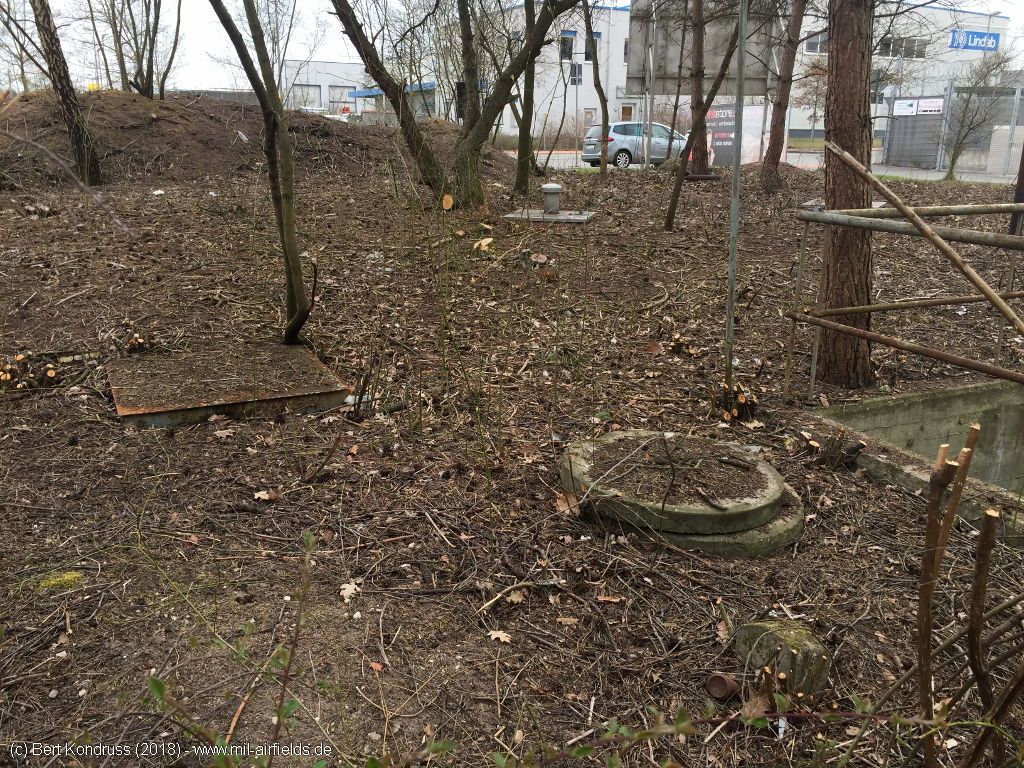