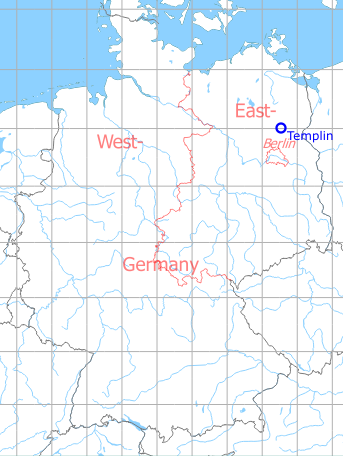 The Templin / Groß Dölln air base was built between 1952 and 1954 for the Soviet occupation troops in the GDR. The field was special not only because of the very spacious facilities. It also had an auxiliary runway, which ran from the airfield in a southwestern direction, with a remote dispersal area at the end.
West of the airfield were two storage areas. A SAM site was northwest of the field near Storkow. At NATO the airfield had different designations, first "Schorfheide", then "Groß Dölln" and finally "Templin". 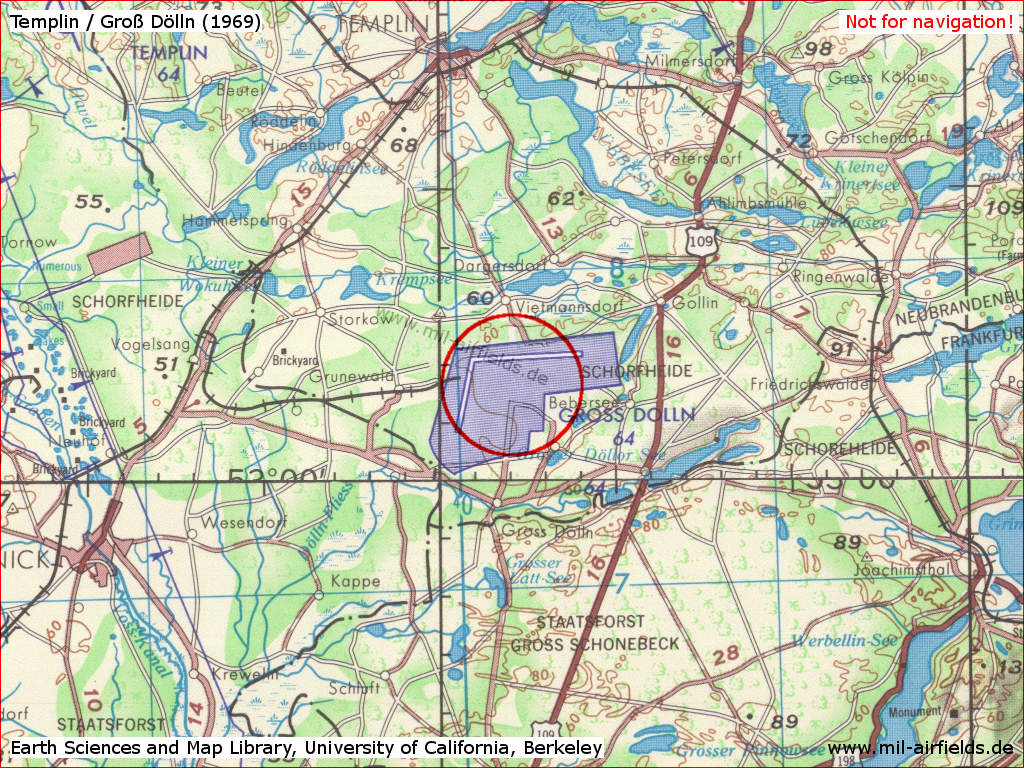 Templin Air Base on a US map from 1969 (Composed of two sheets)
Source: Earth Sciences and Map Library, University of California, Berkeley 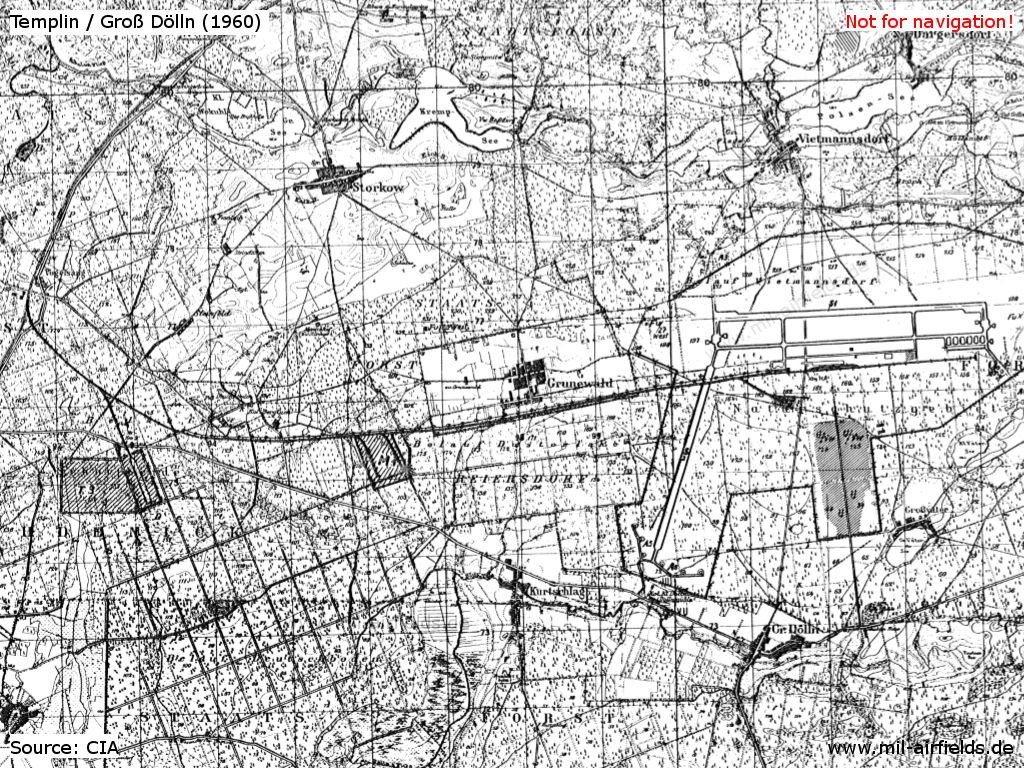 Map from ca. 1960 - The two depots at Kurtschlag and the accommodation area south of the airfield are hatched. The later SAM site near Storkow has not yet been noted.
Source: CIA 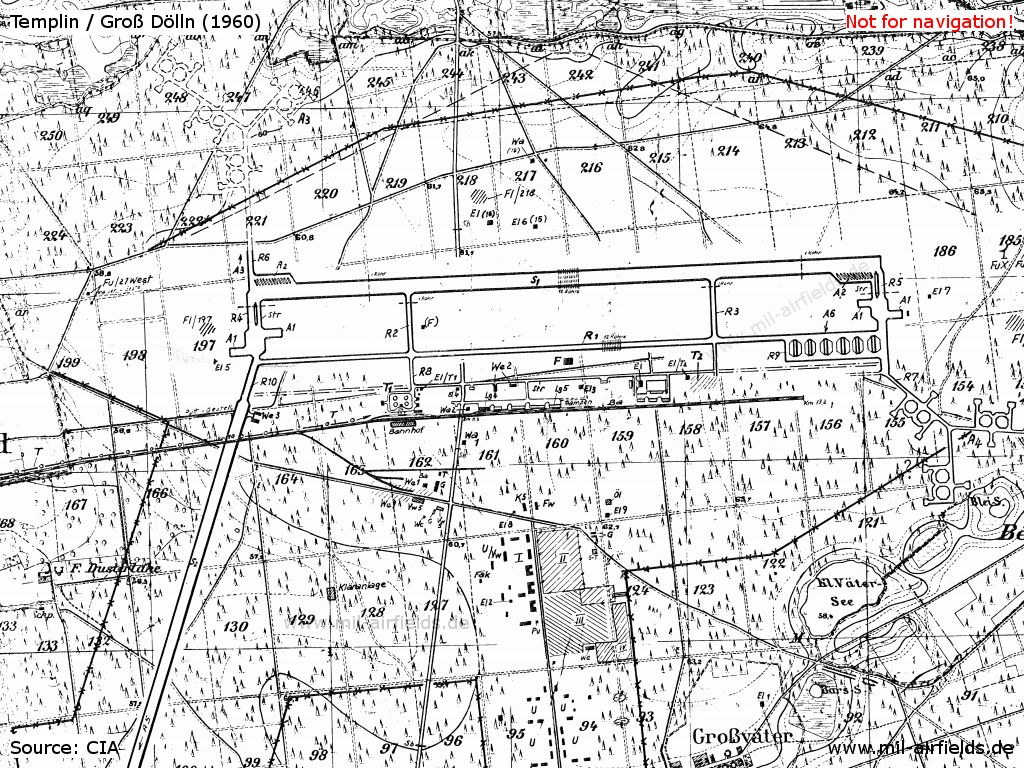 Map from ca. 1960 - The dispersal areas in the north and southeast were not built.
Source: CIA 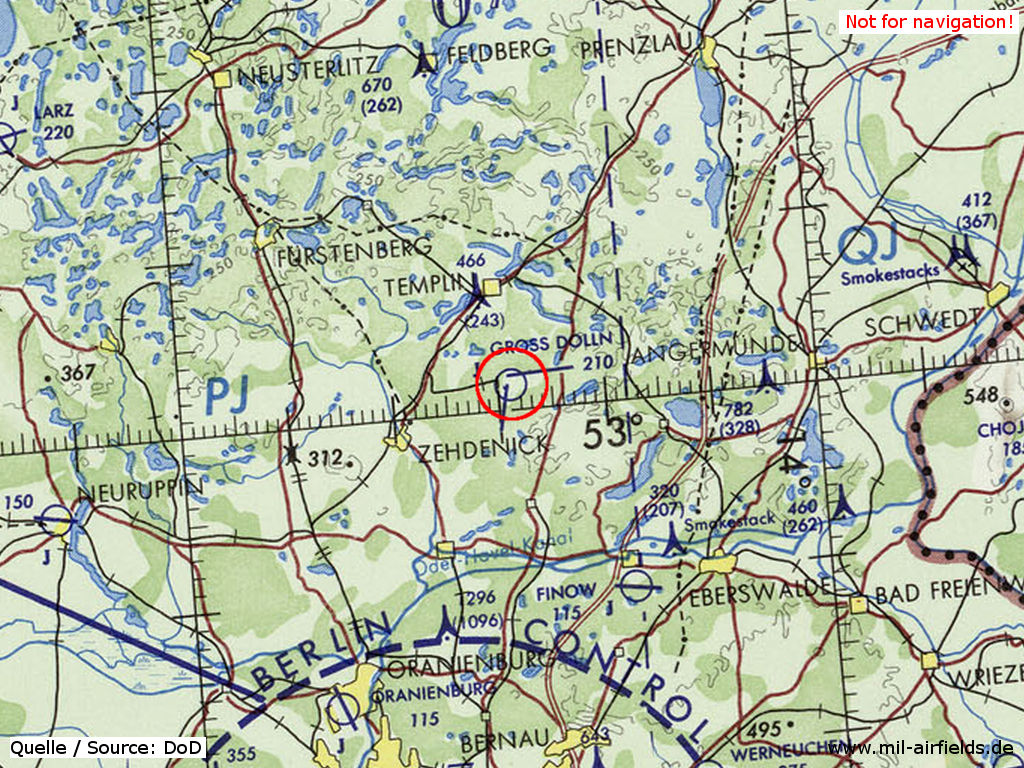 Templin Air Base on a map of the US Department of Defense from 1972
Source: ONC E-2 (1972), Perry-Castañeda Library Map Collection, University of Texas at Austin 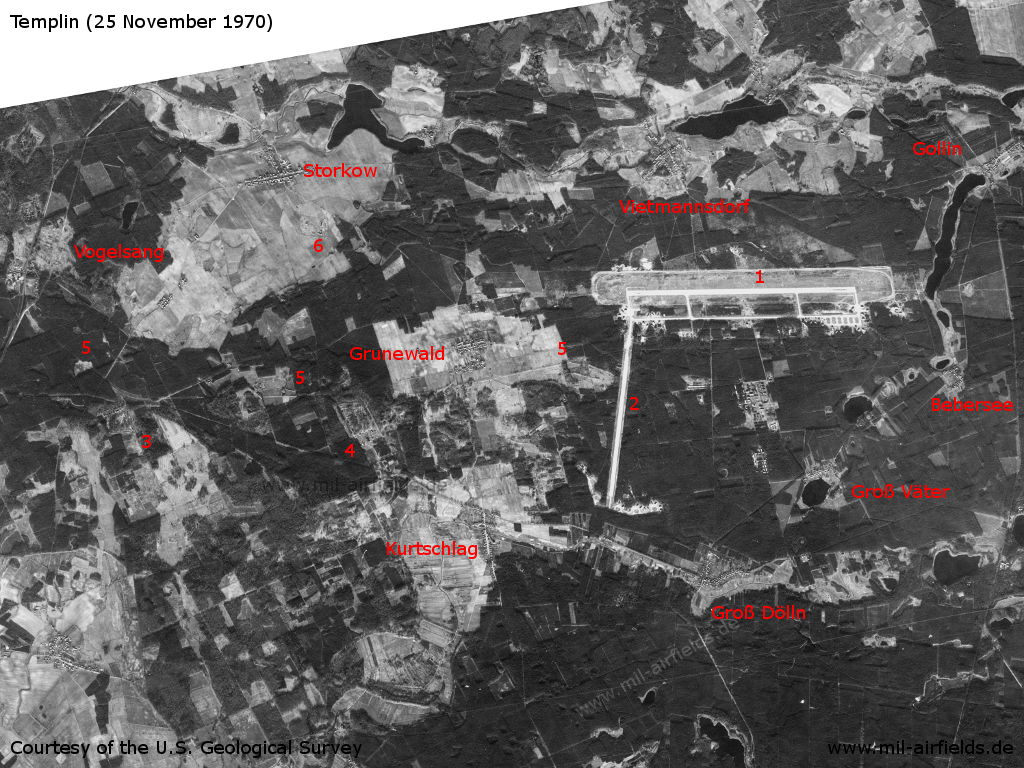 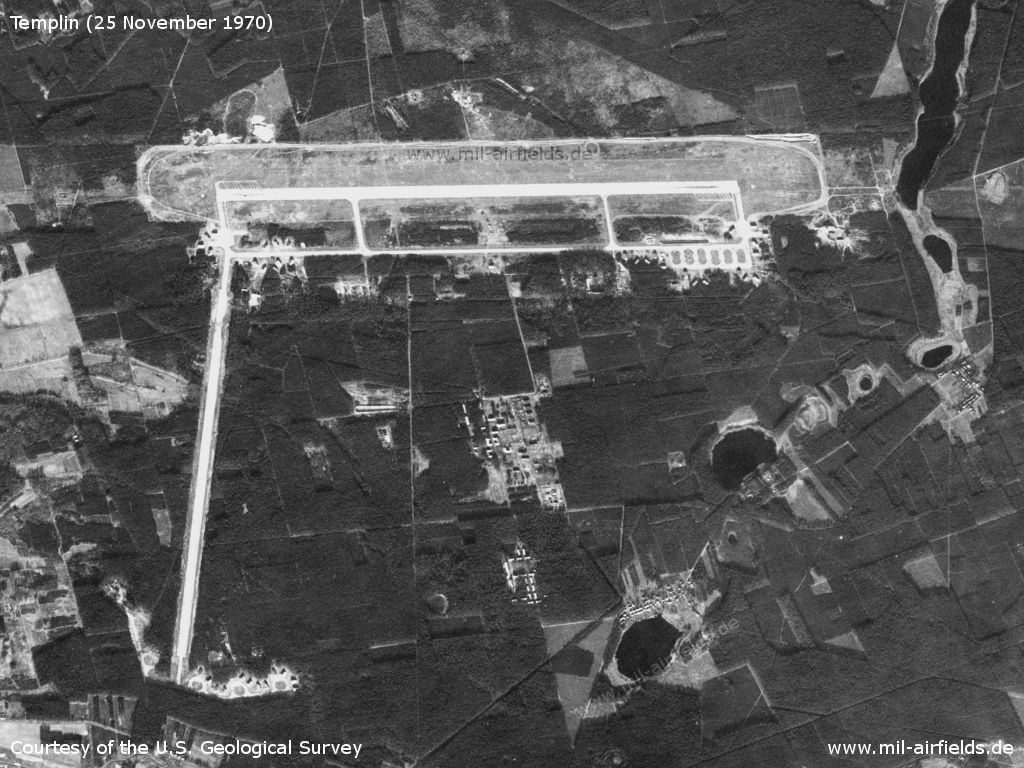 Air Base - The image is aligned so that the east-west runway is shown almost horizontal. However, since the image is distorted, the other angles are not correct.
Source: U.S. Geological Survey 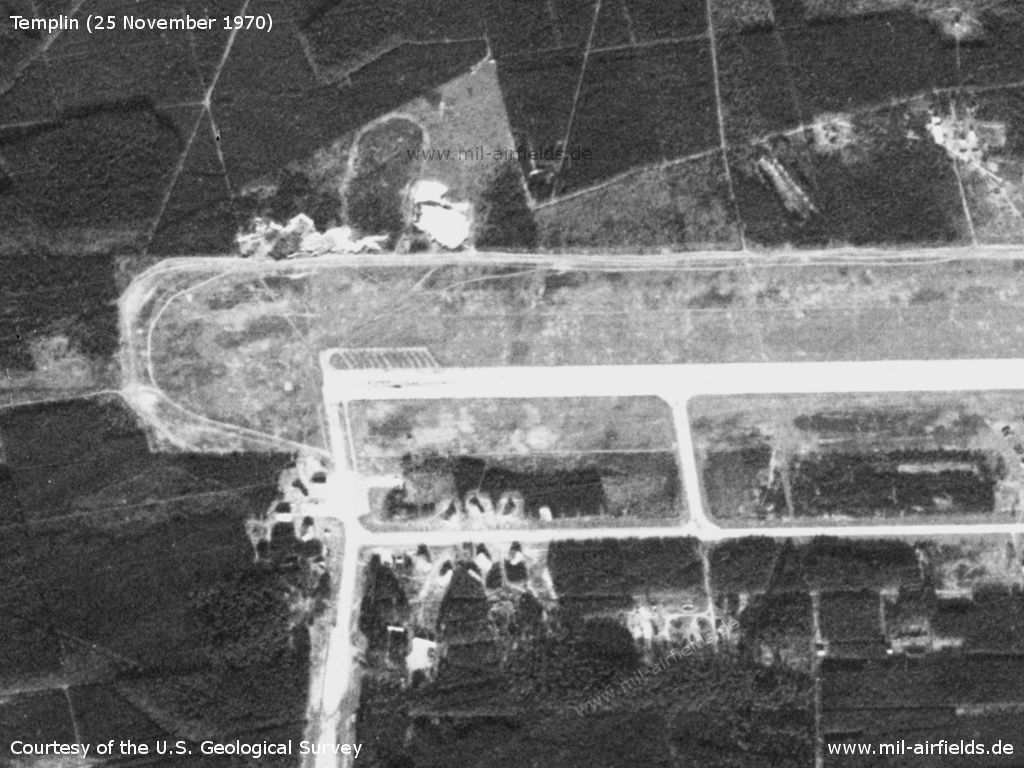 Enlargement of the western part - The airfield has numerous aircraft shelters. North of the runway there are 12 lanes for readiness aircraft. This can only be found at a few Soviet airfields.
Source: U.S. Geological Survey 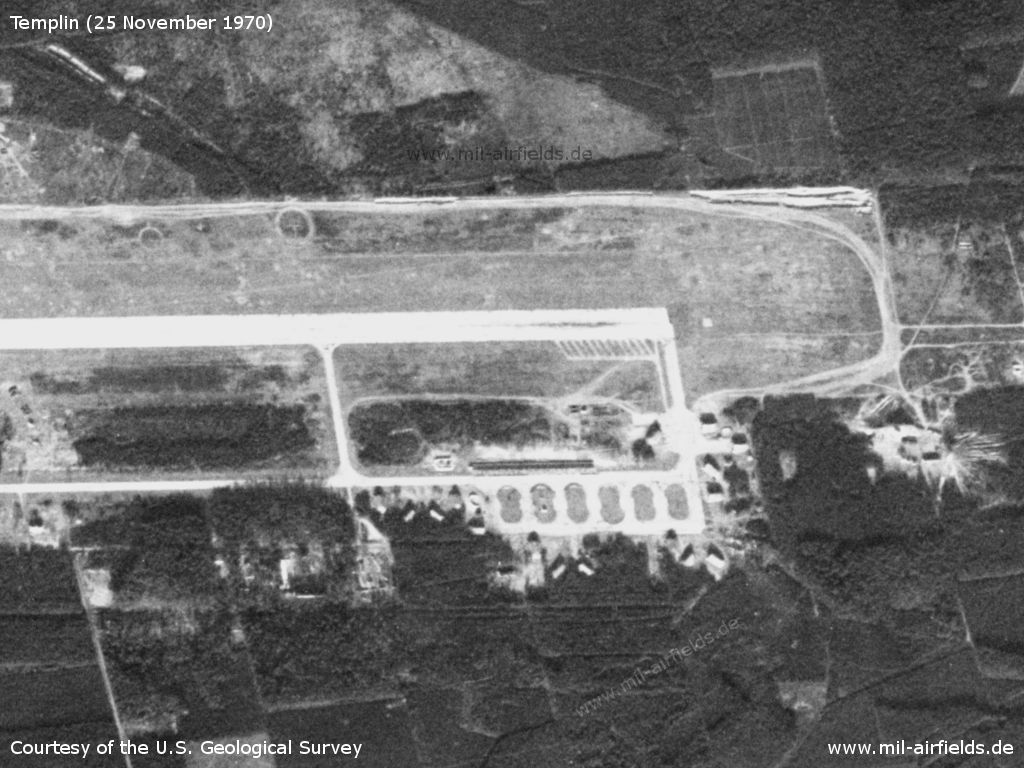 Enlargement of the eastern part - Also at this end there are 12 lanes, here on the southern side of the runway.
Source: U.S. Geological Survey 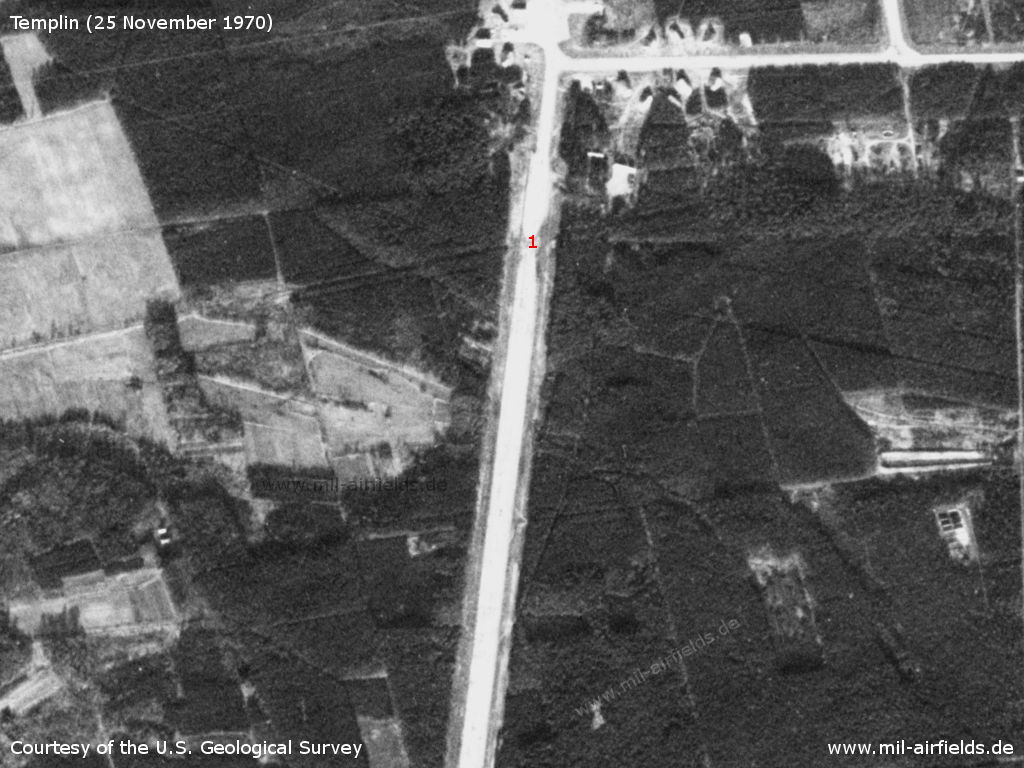 On the west side an auxiliary runway leads approximately to the south. - At mark "1" the railway crosses the runway.
Source: U.S. Geological Survey 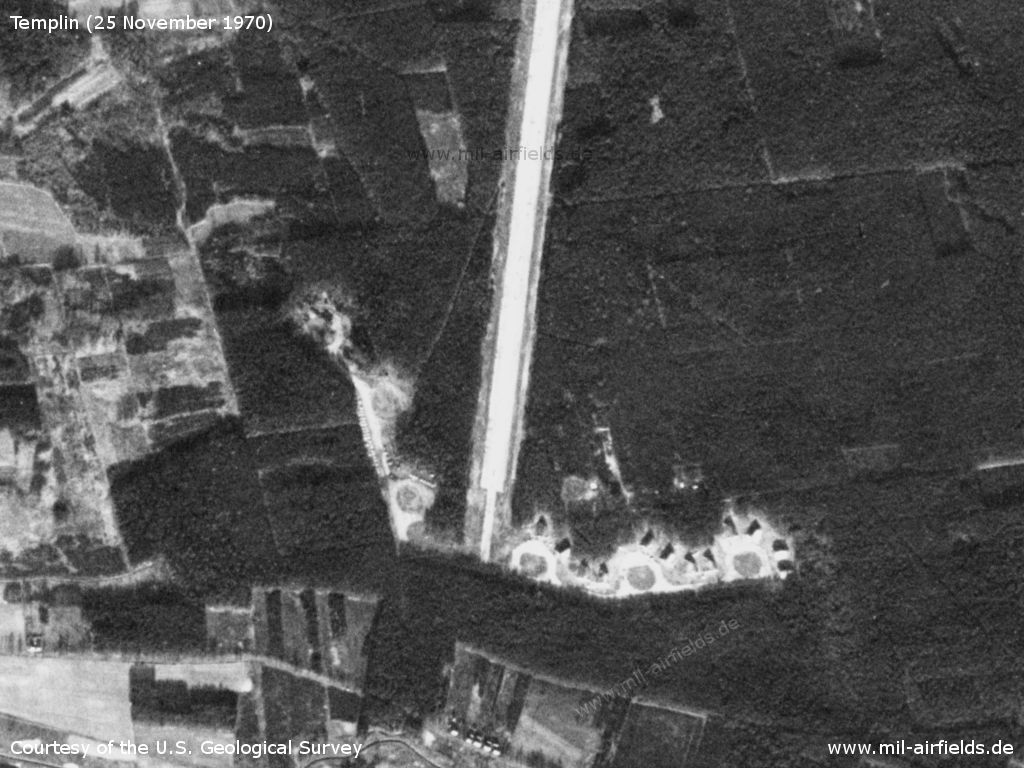 Southern end of the auxiliary runway. - Here there are parking areas for large aircraft, on which later aircraft shelters were arranged.
Source: U.S. Geological Survey 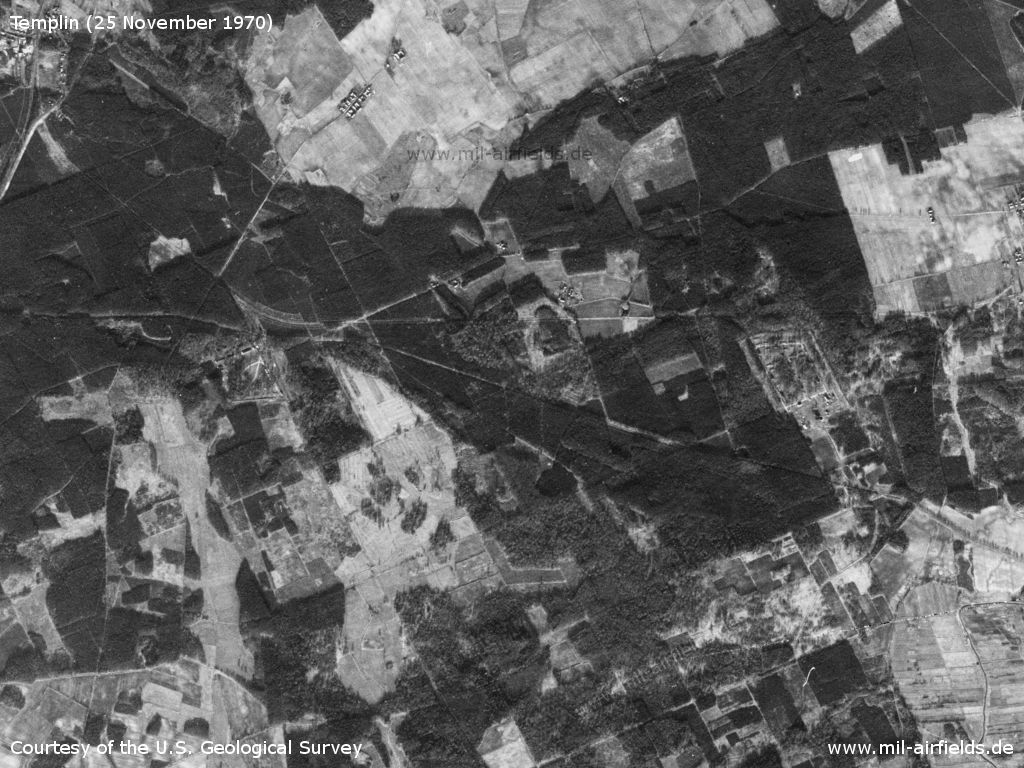 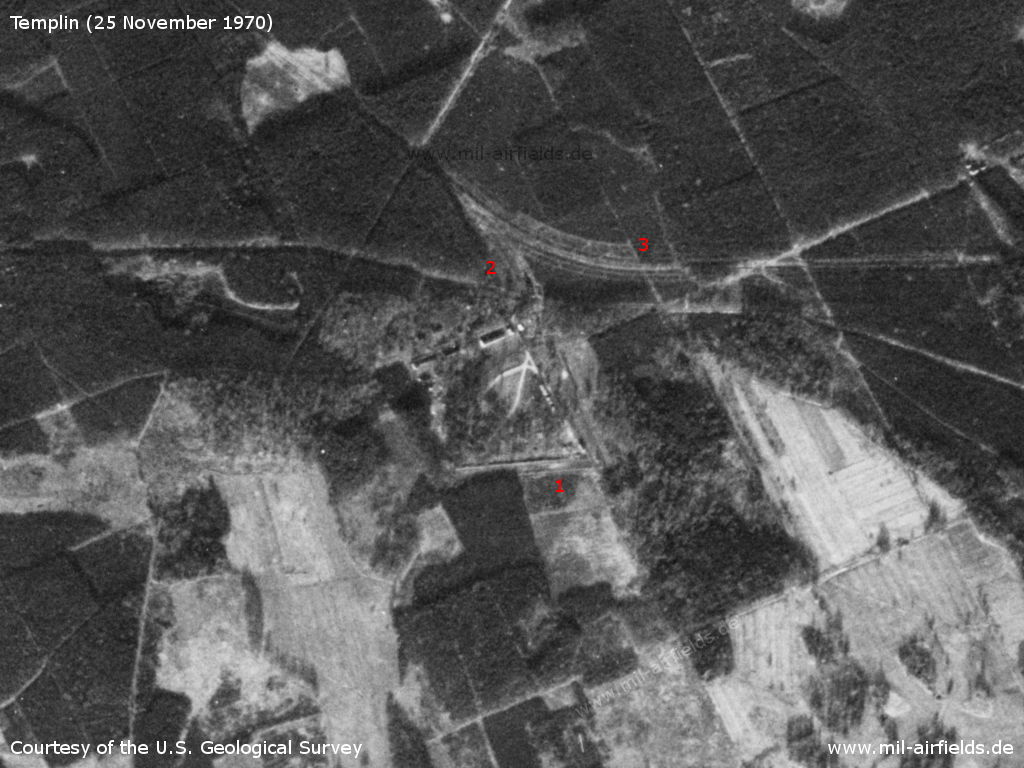 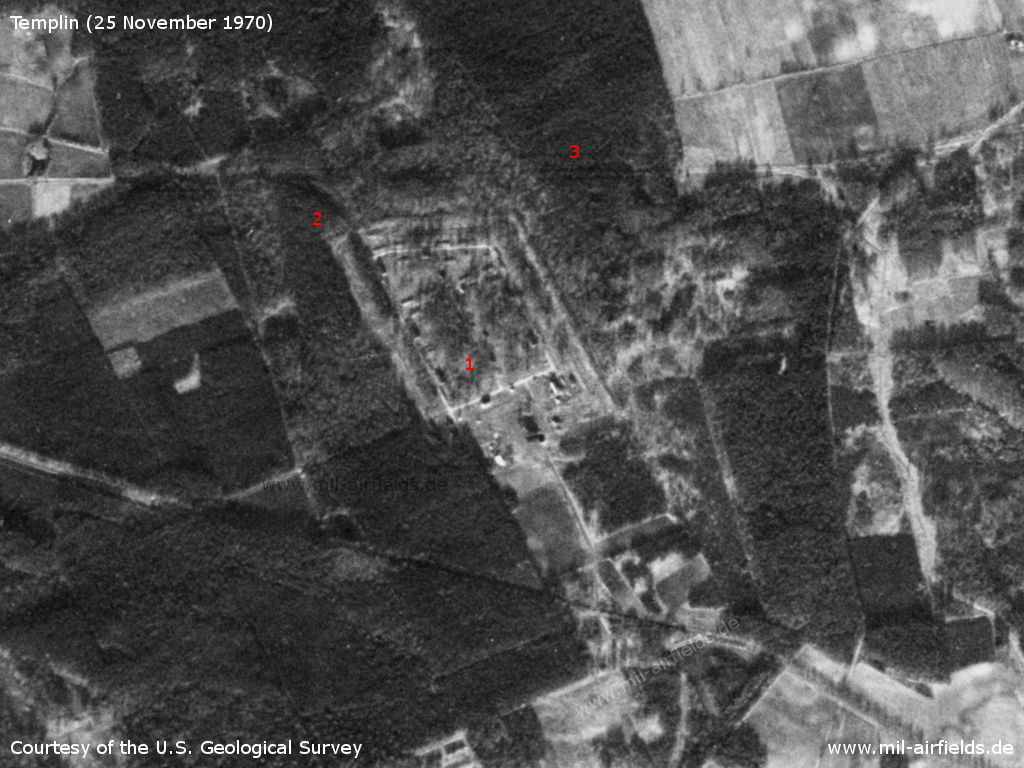 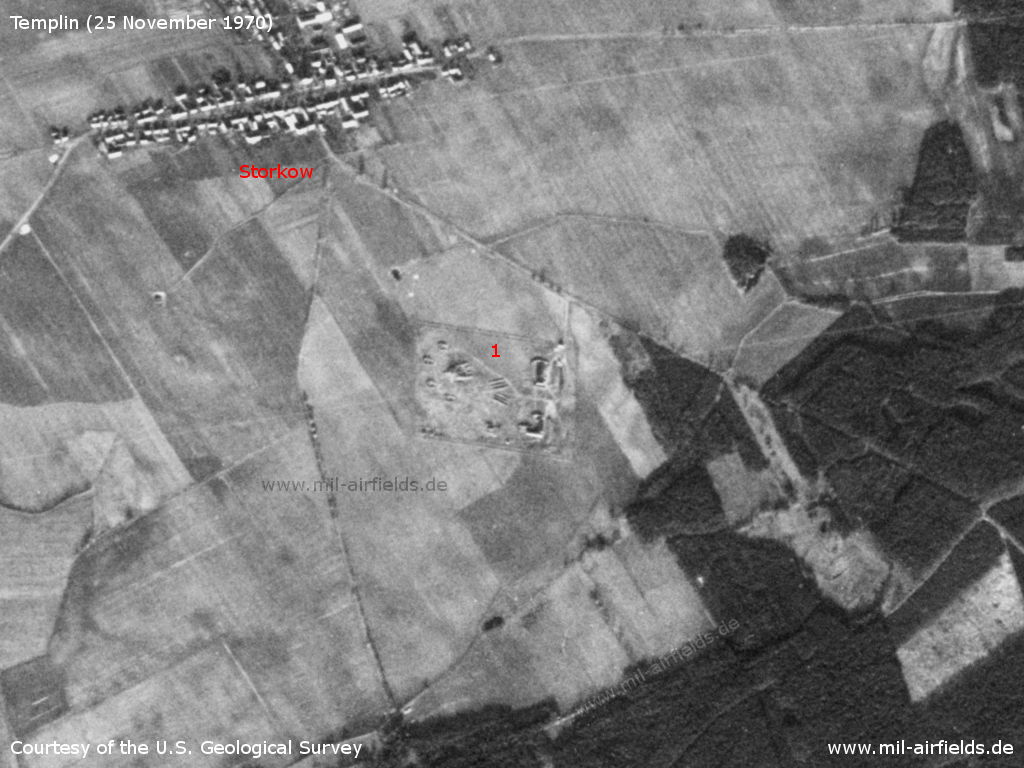 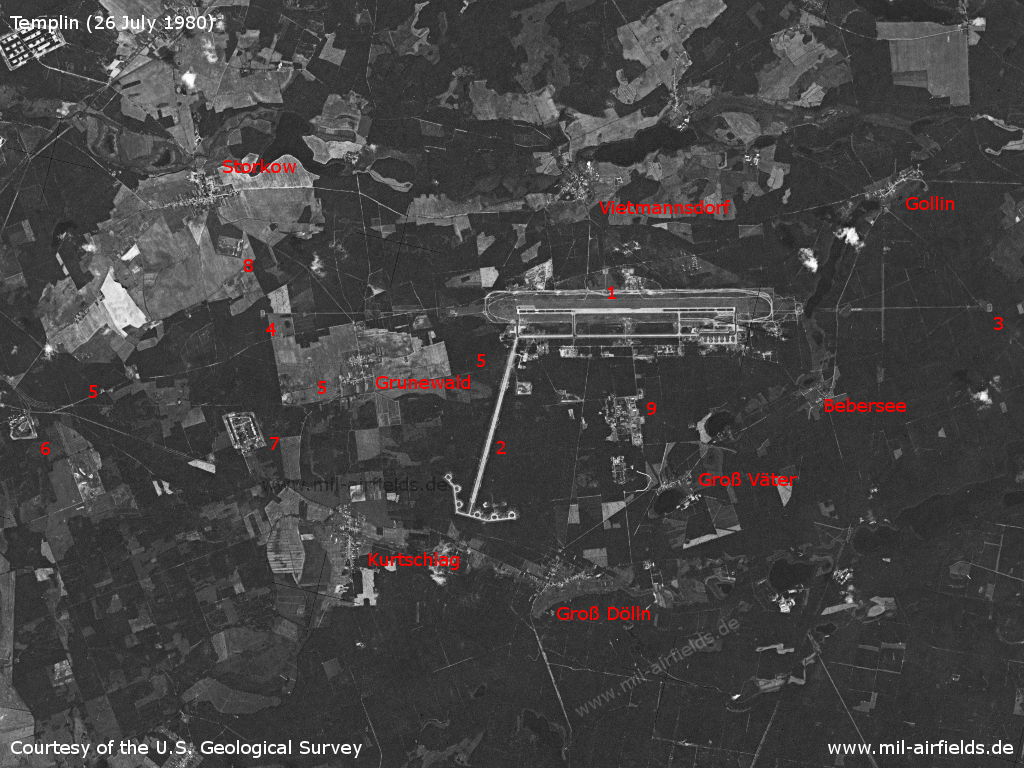 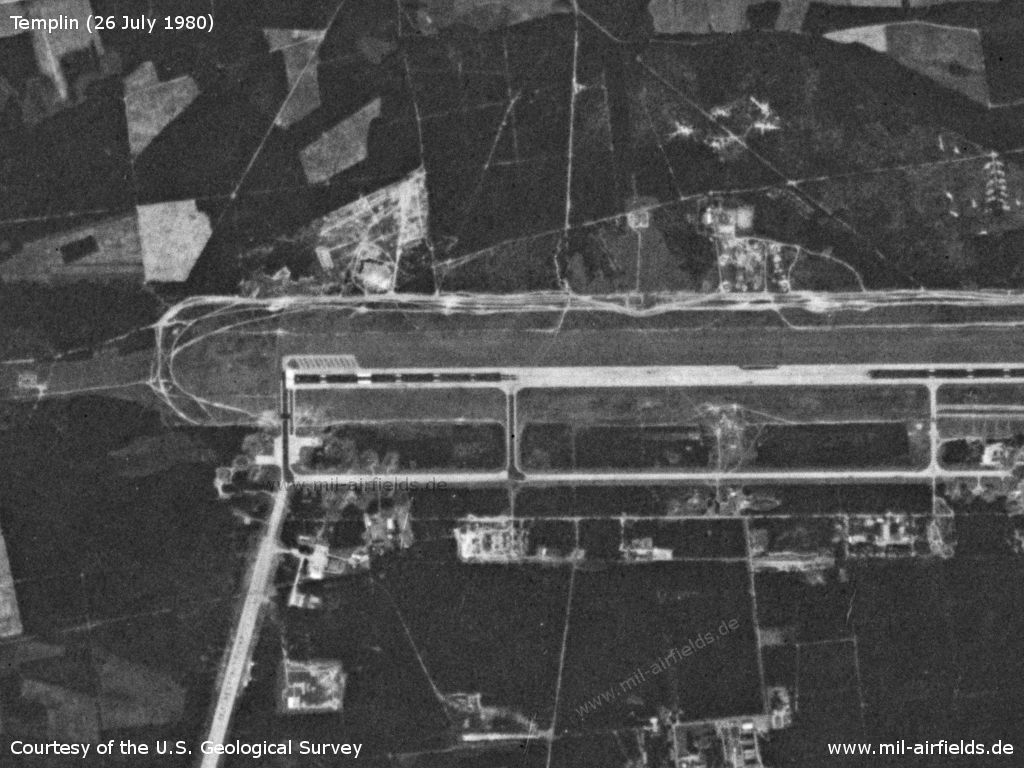 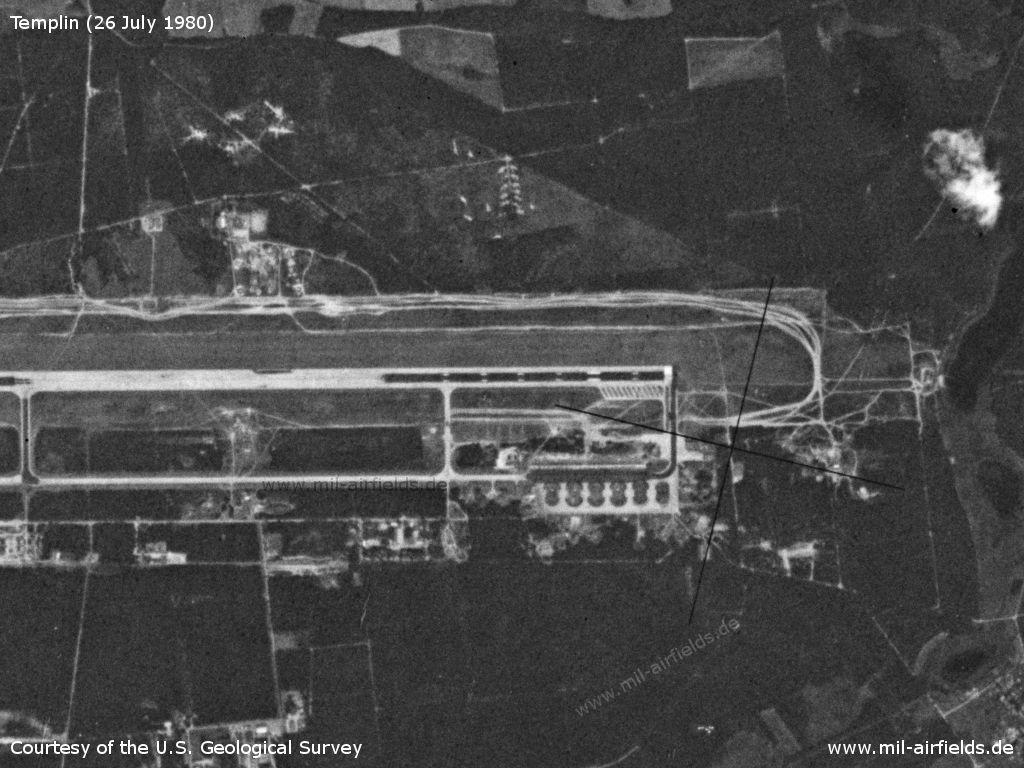 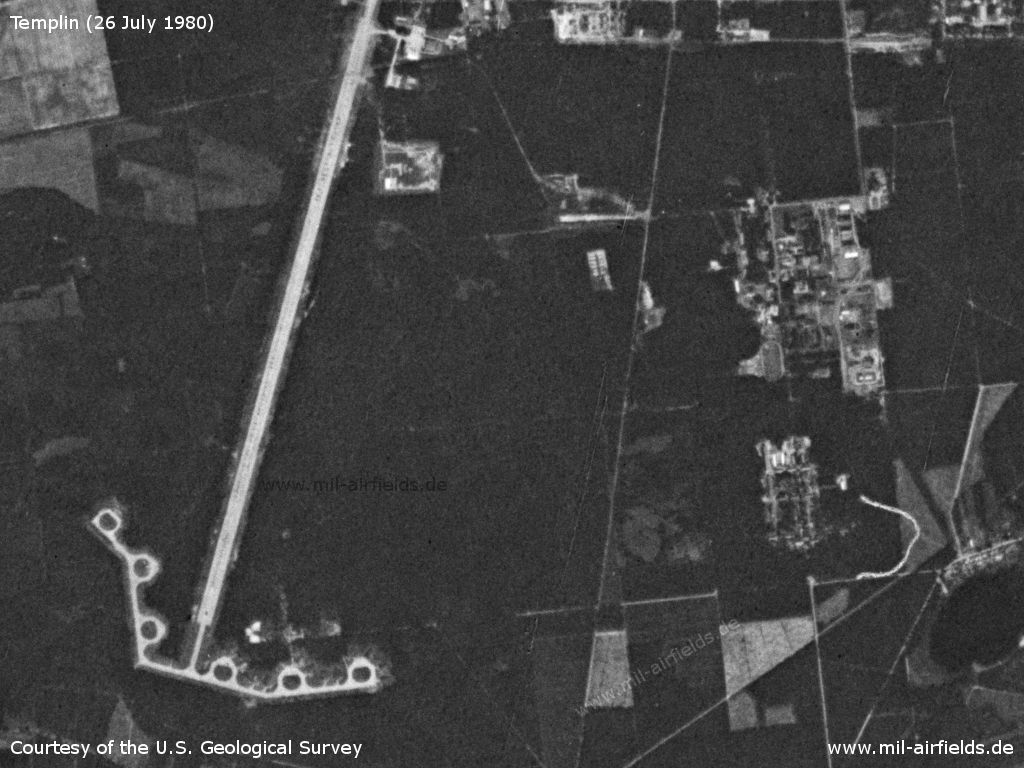 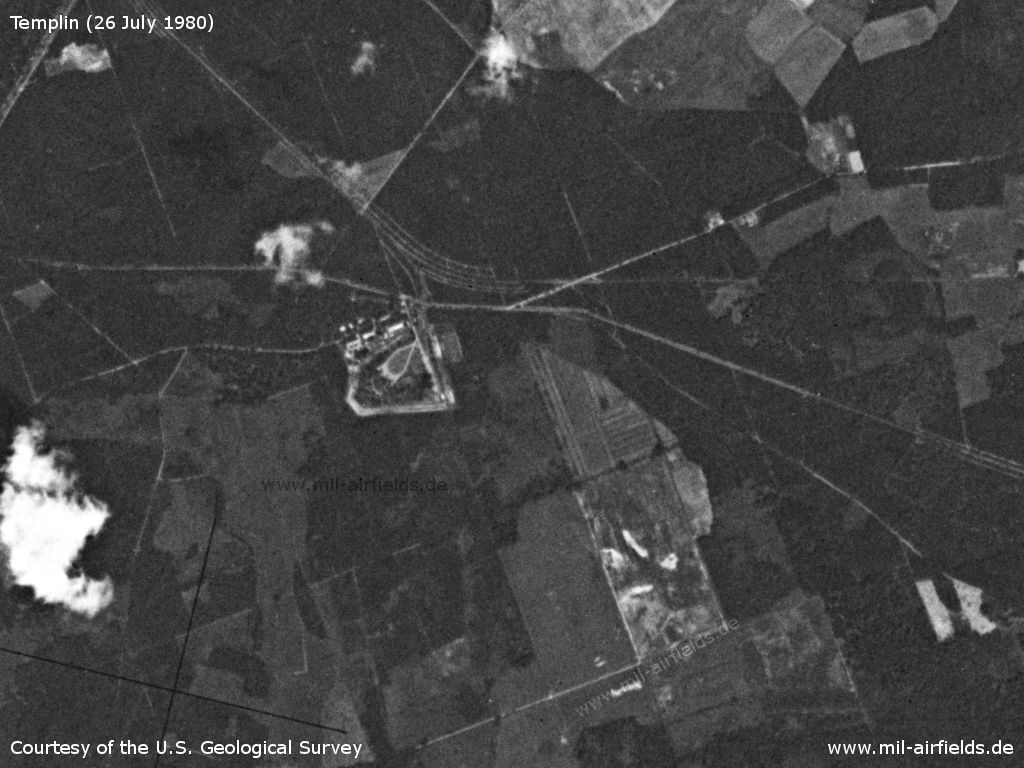 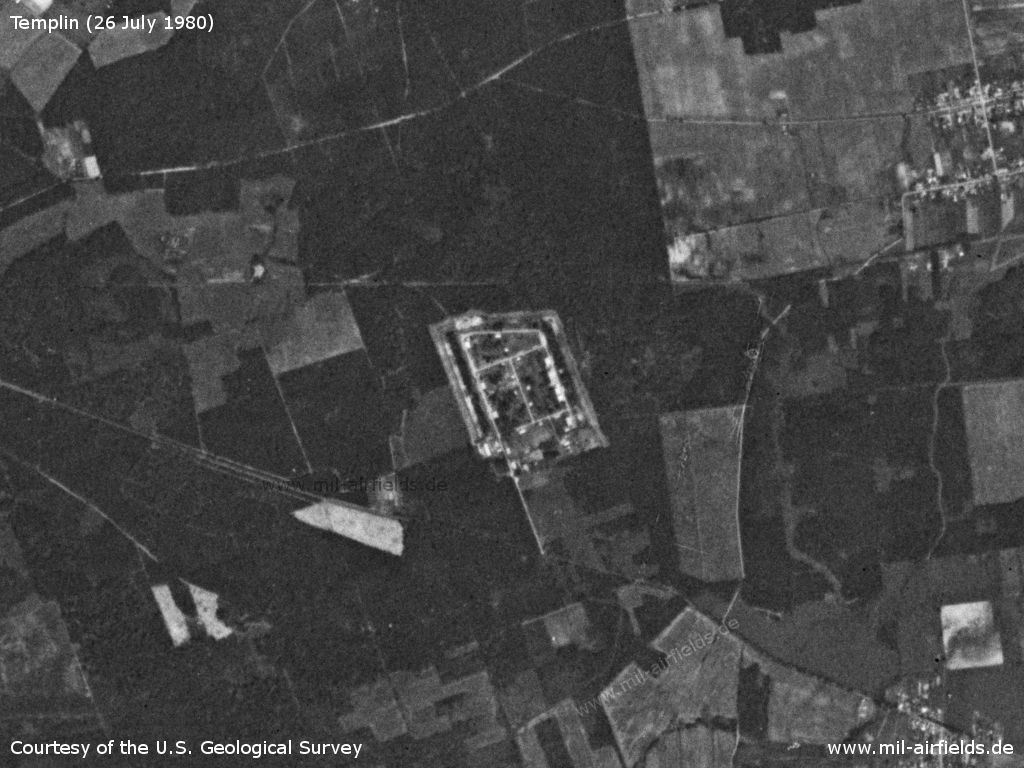 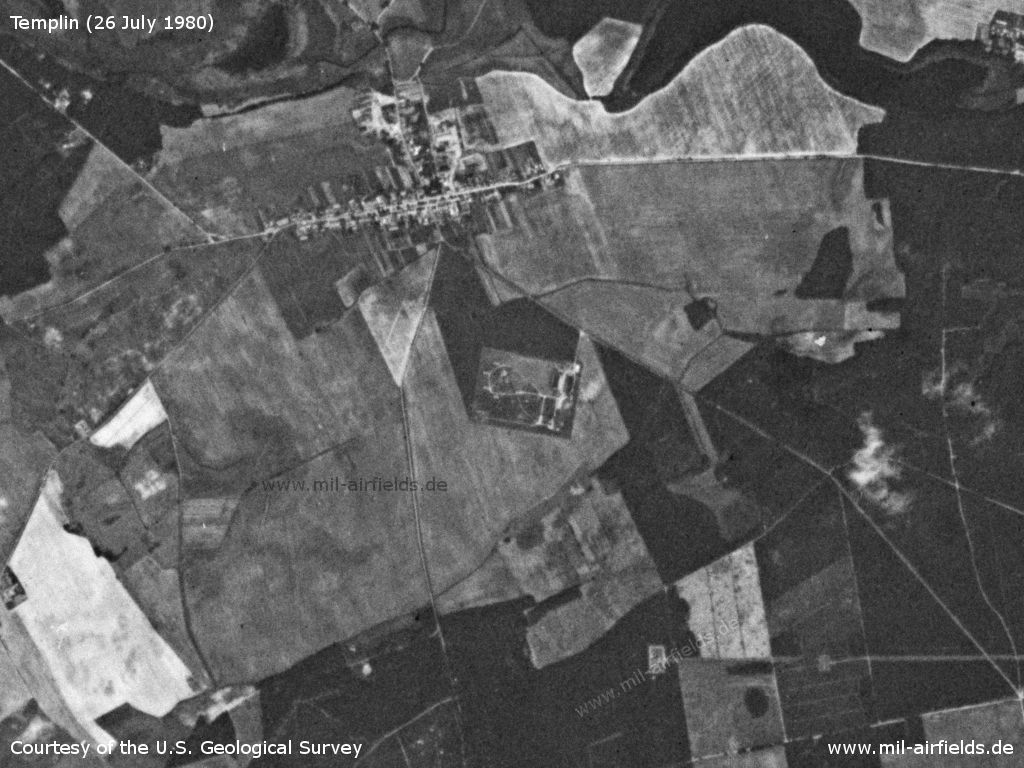