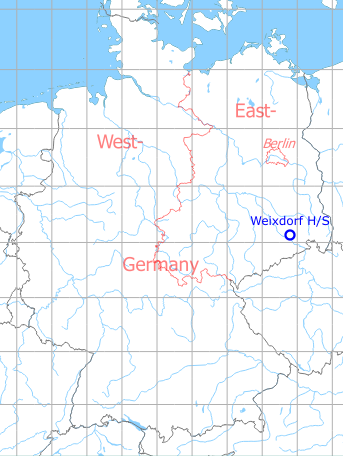 Approximately 2 km northeast of Dresden Airport, a section of the GDR motorway A 6 (today motorway A 4) Dresden - Görlitz was intended for operation with military aircraft. It was recognisable by a continuously paved central strip. In the East German National People's Army (NVA), this section had the airfield number 2034. Communication-wise, it was connected to Dresden Airport. Today, this section has been converted back into a normal motorway.

Usage during the Cold War 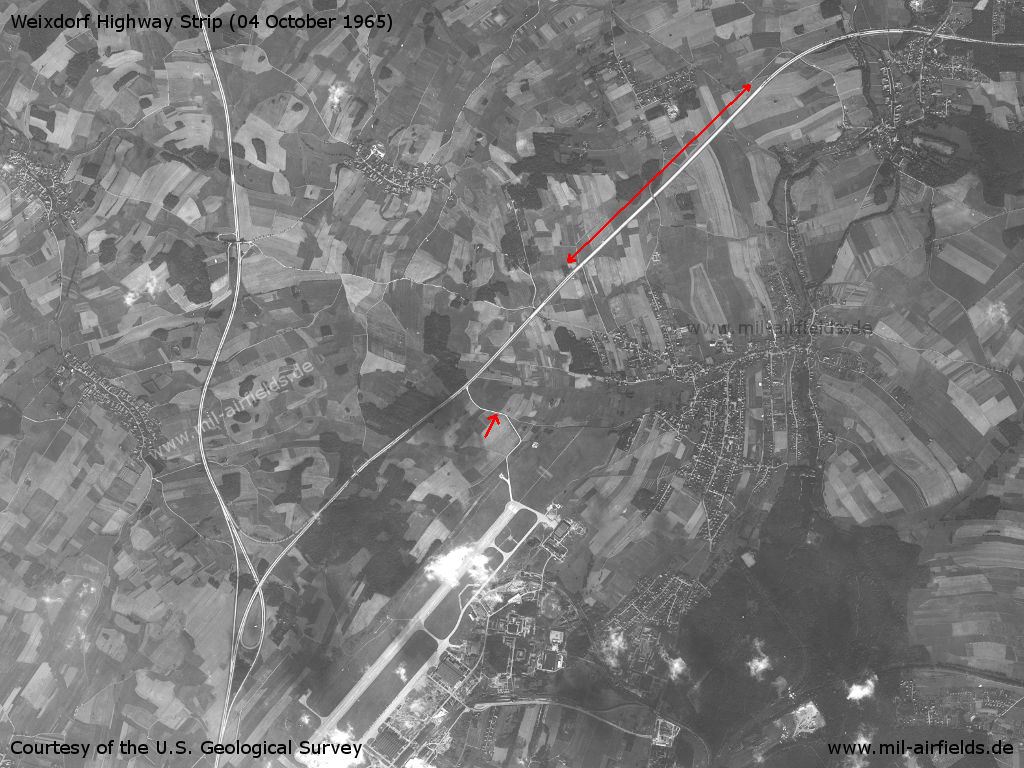 Weixdorf Highway Strip (long red arrow) and Dresden Airport (at the bottom) on a US satellite image from 04 October 1965 - The small red arrow points to a road from the airport to the autobahn.
Source: U.S. Geological Survey 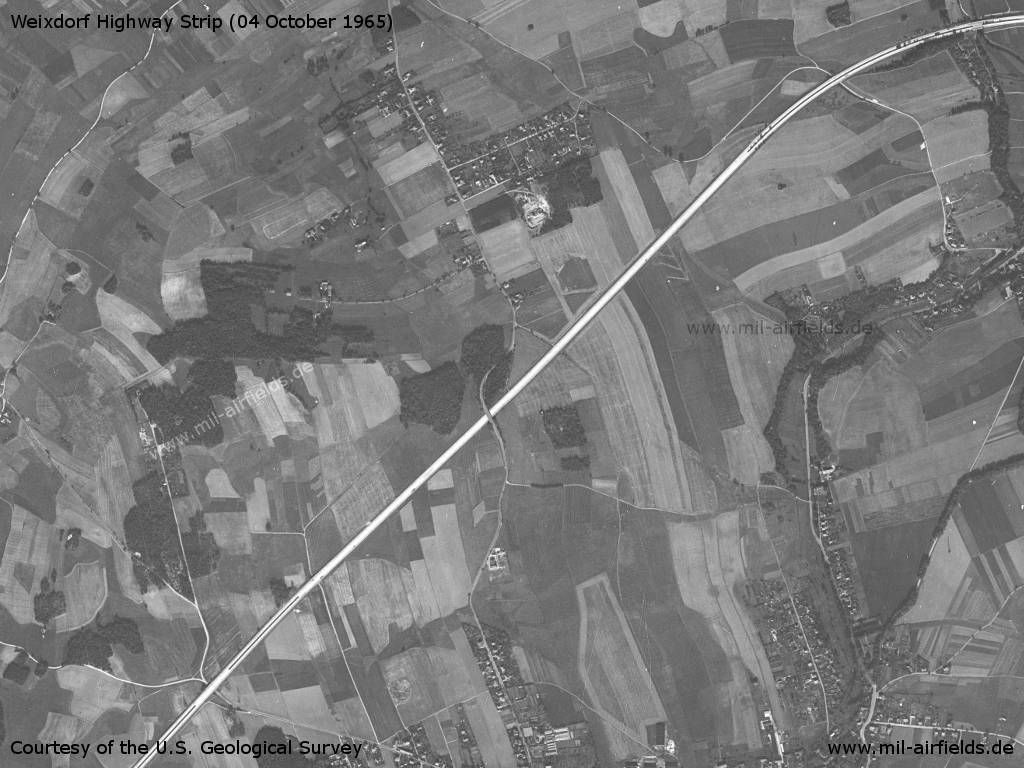 The highway strip in full length. - To the south-west of the centre, a bridge leads over the motorway. Besides, the section doesn't seem to be fully straight.
Source: U.S. Geological Survey 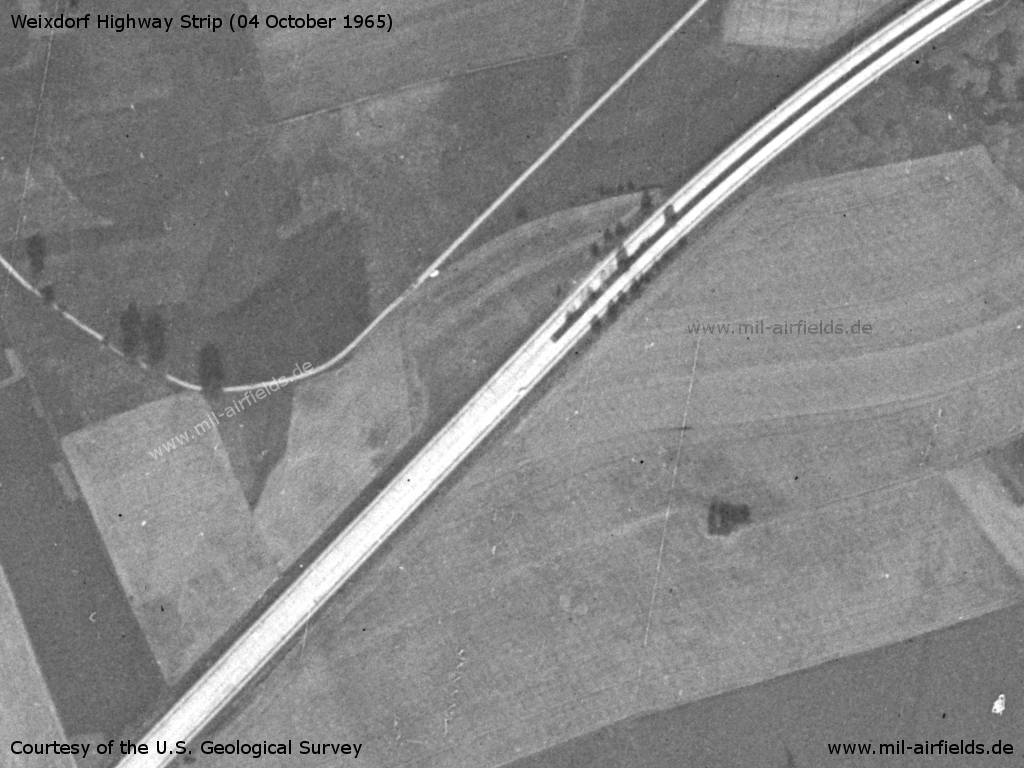 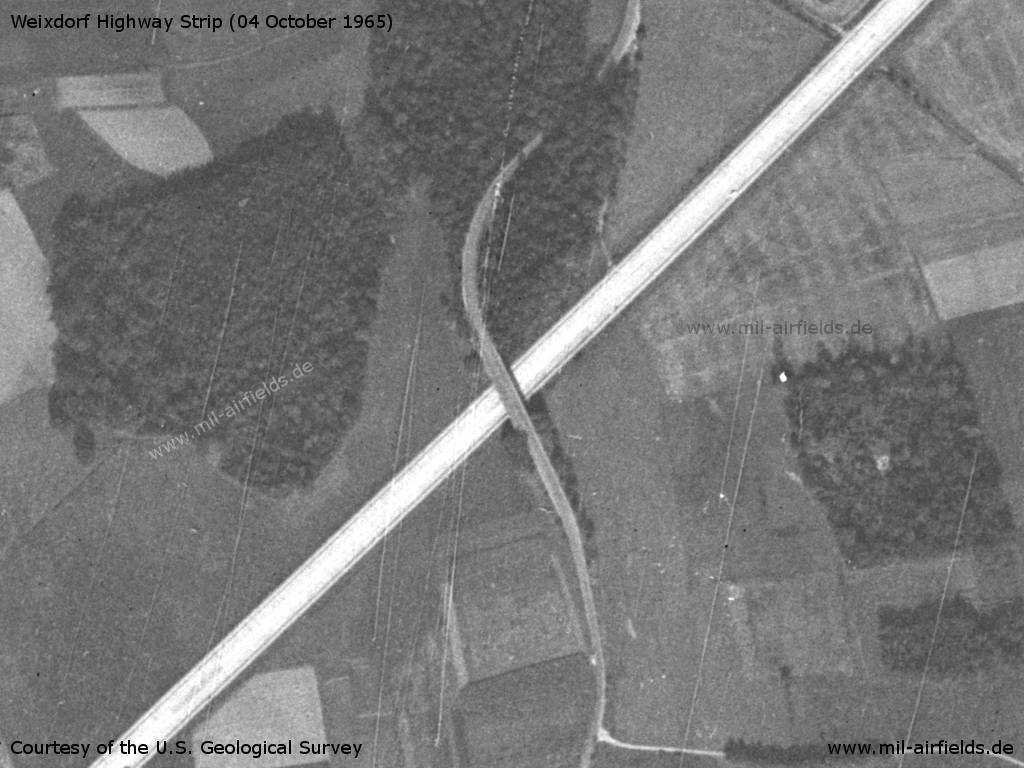 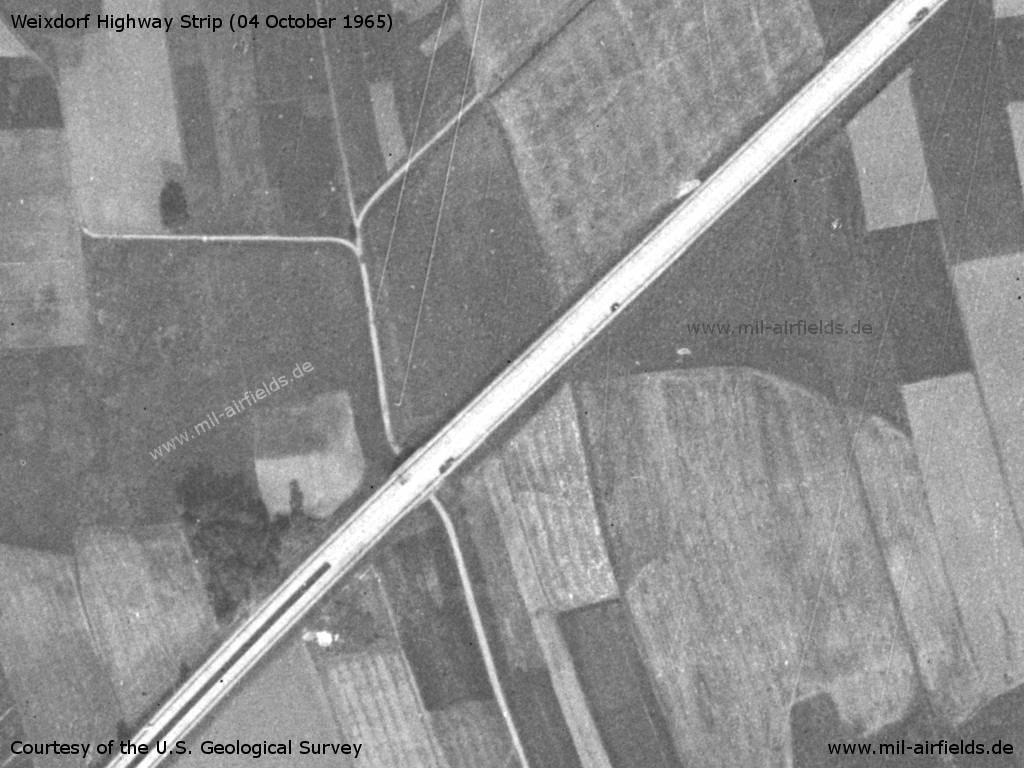 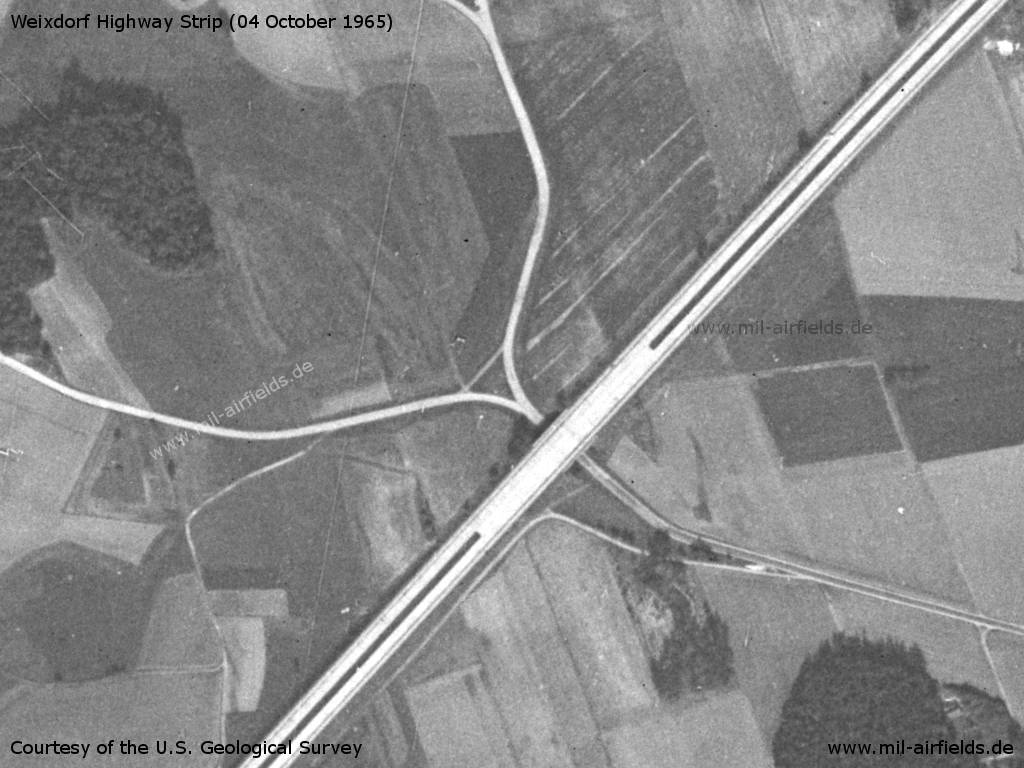 Another short section with paved central strip in the area of a bridge a little further south.
Source: U.S. Geological Survey 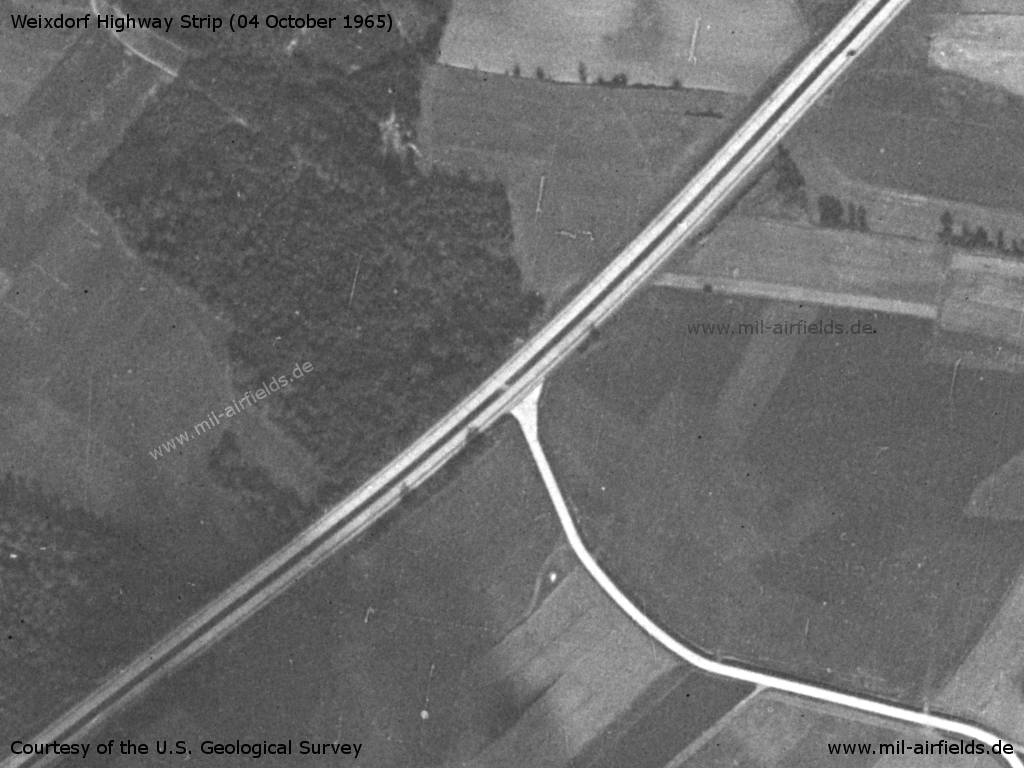 Junction of the connection path to the airport
Source: U.S. Geological Survey