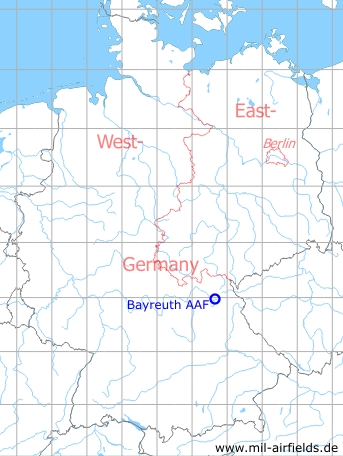 Bindlacher Berg, 1km northwest of Bayreuth Airfield. Bayreuth Army Airfield was located very close to today's Bayreuth Airport, but had its own runway. 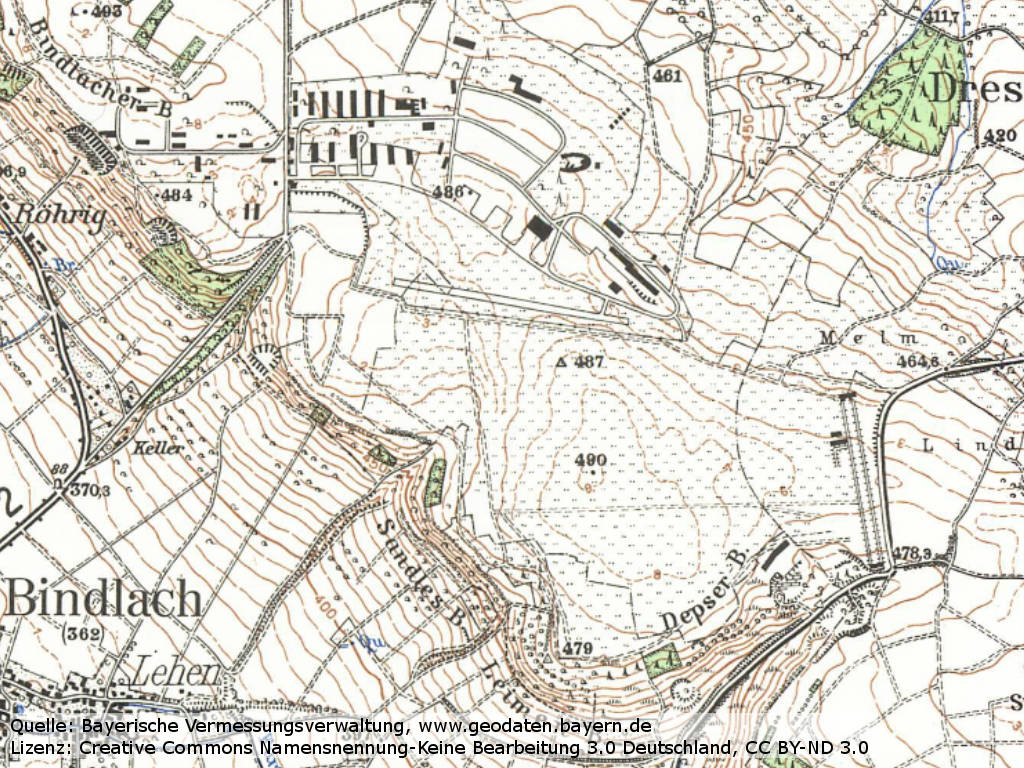 The area on a topographical map from 1968 - At the top is the Christensen barracks with the runway of the Army Airfield. The civil Bayreuth airfield is not yet shown here. In its eastern part, an enlongated object similar to a shooting range is drawn in.
Source: Bayerische Vermessungsverwaltung, License: Creative Commons Namensnennung-Keine Bearbeitung 3.0 Deutschland (CC BY-ND 3.0). 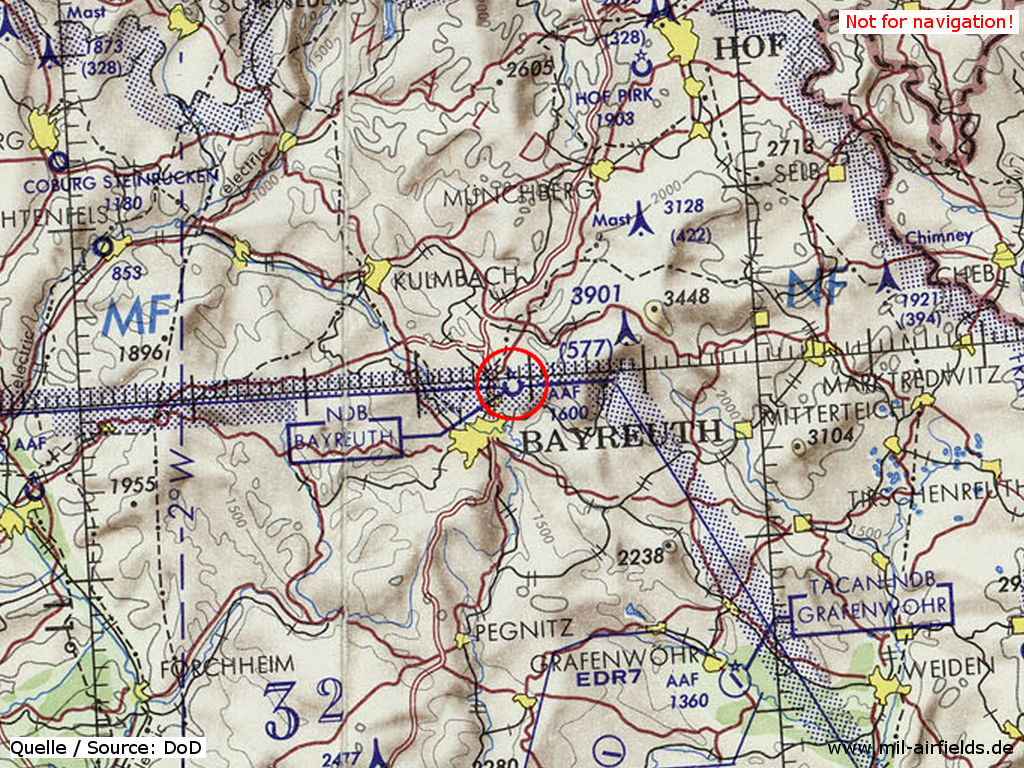 Bayreuth Army Airfield on a map of the US Department of Defense from 1972
Source: ONC E-2 (1972), Perry-Castañeda Library Map Collection, University of Texas at Austin 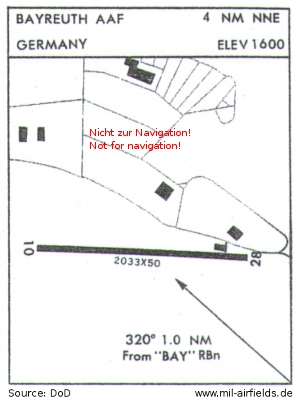 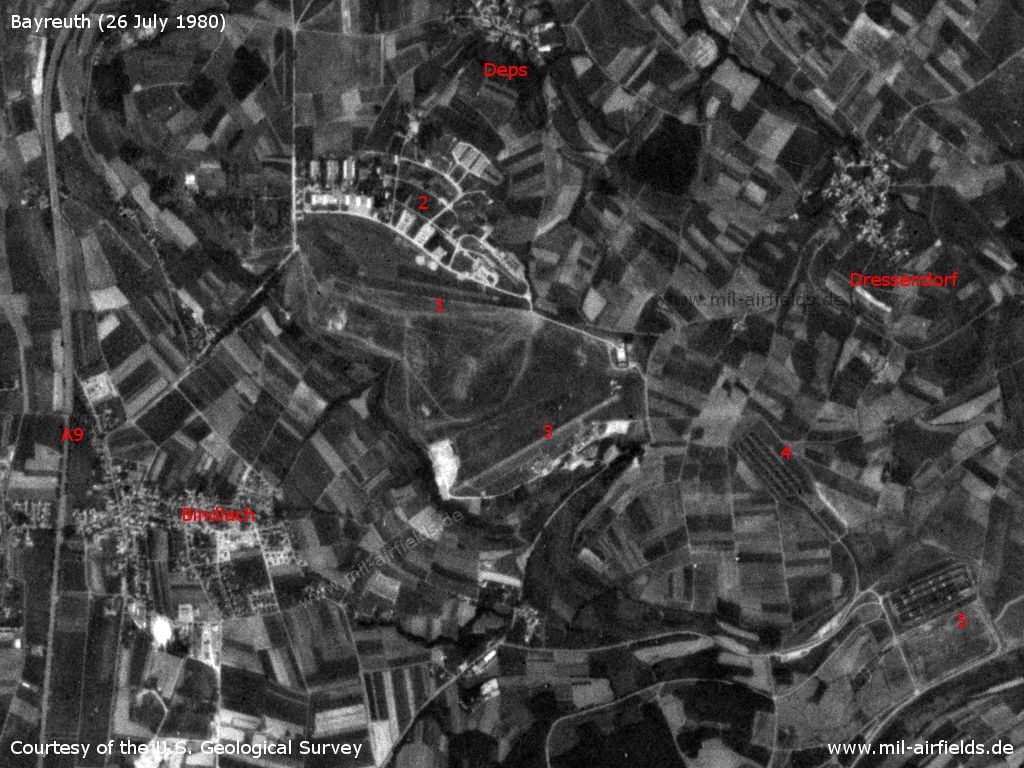 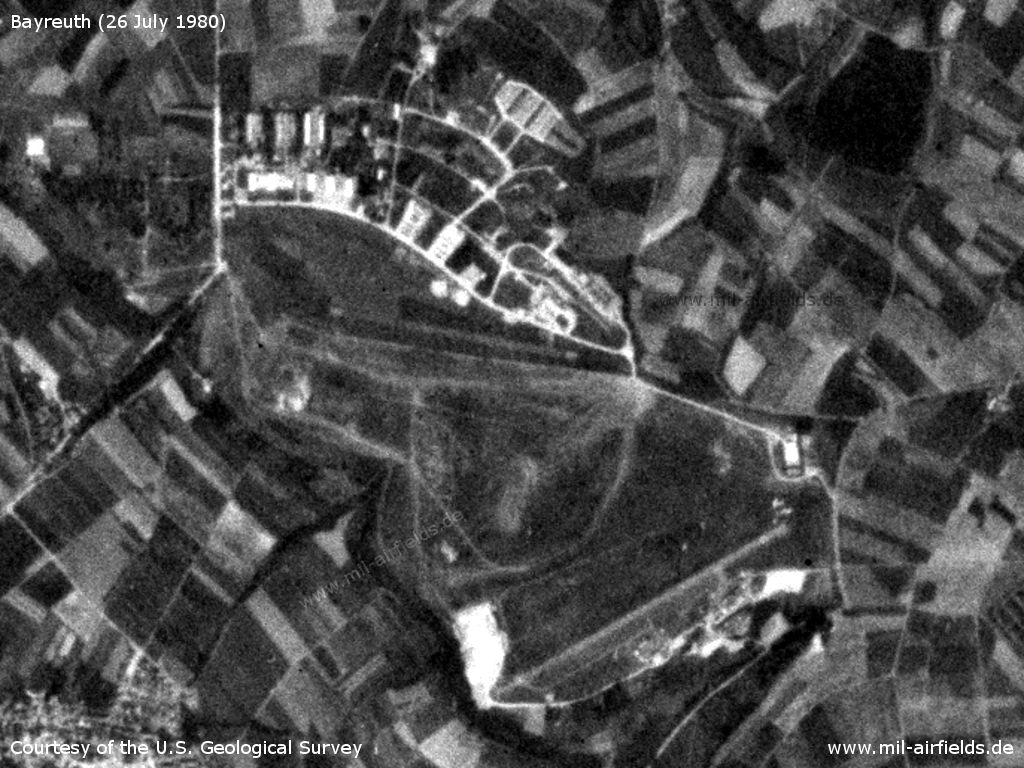 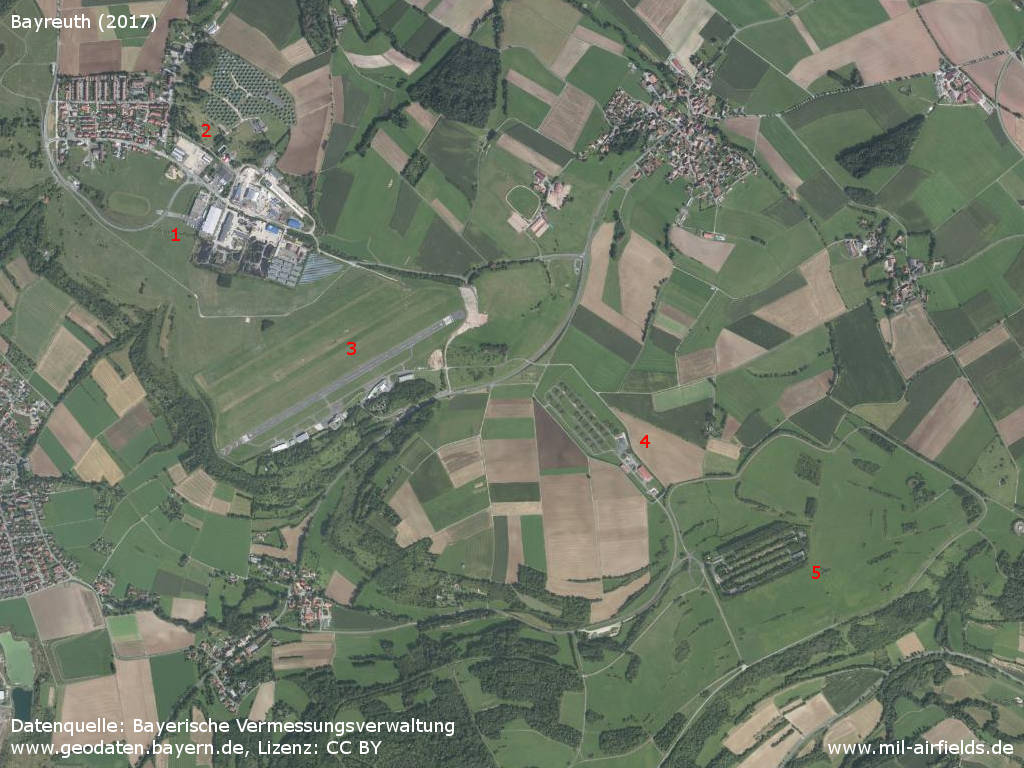 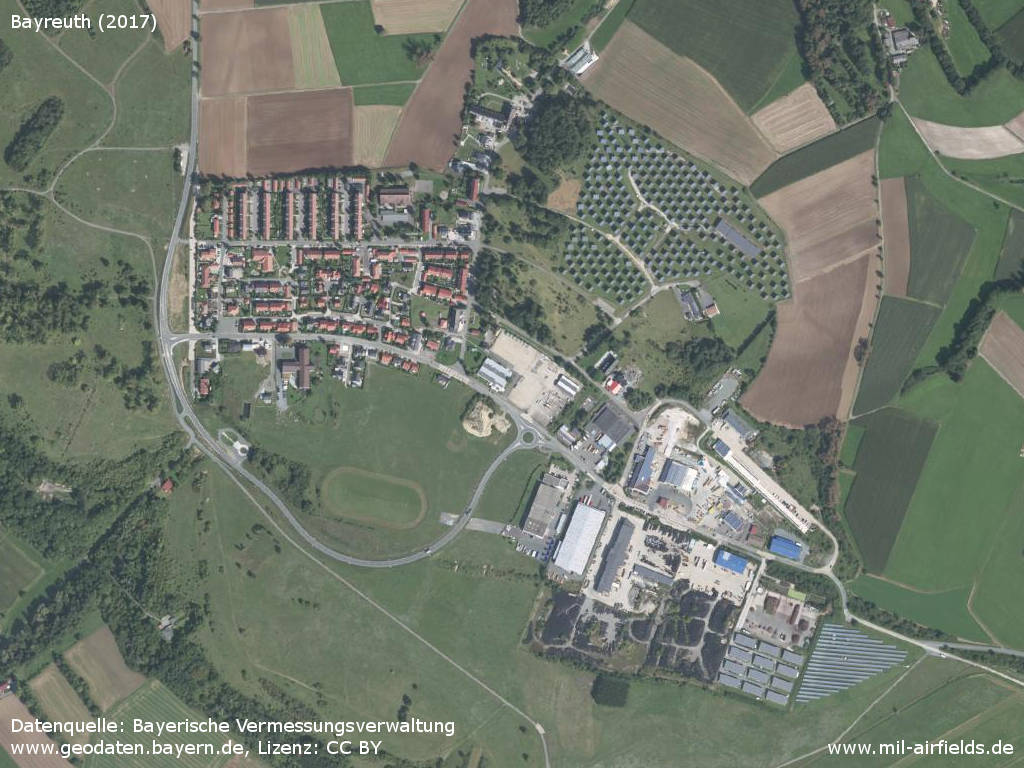 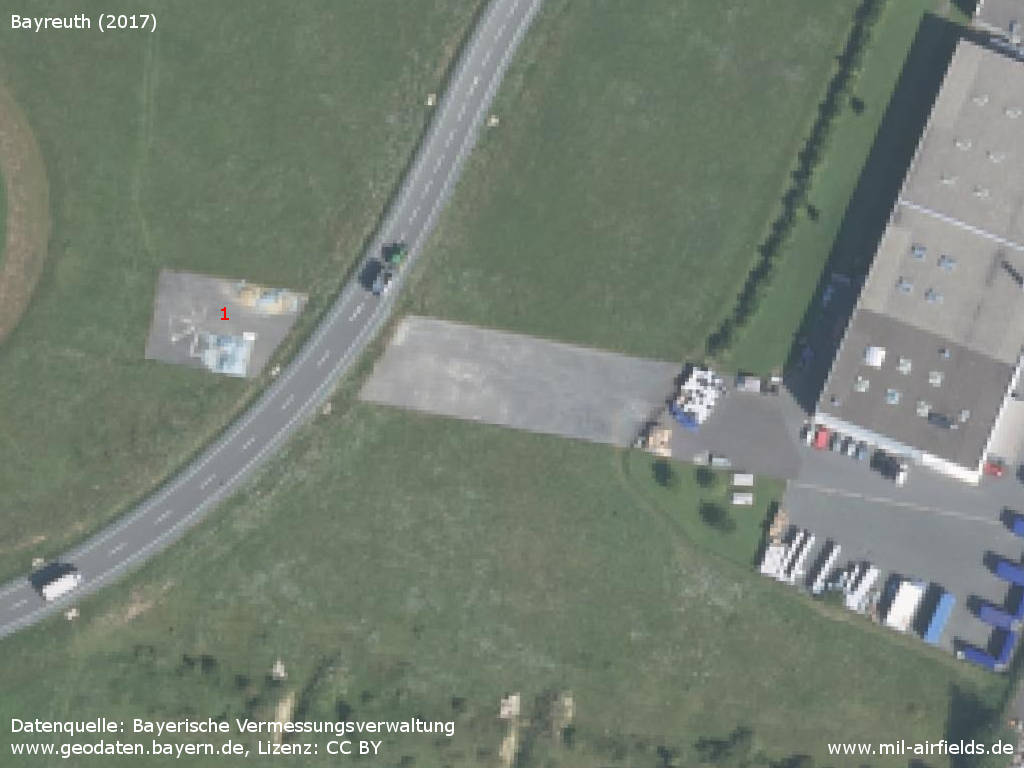 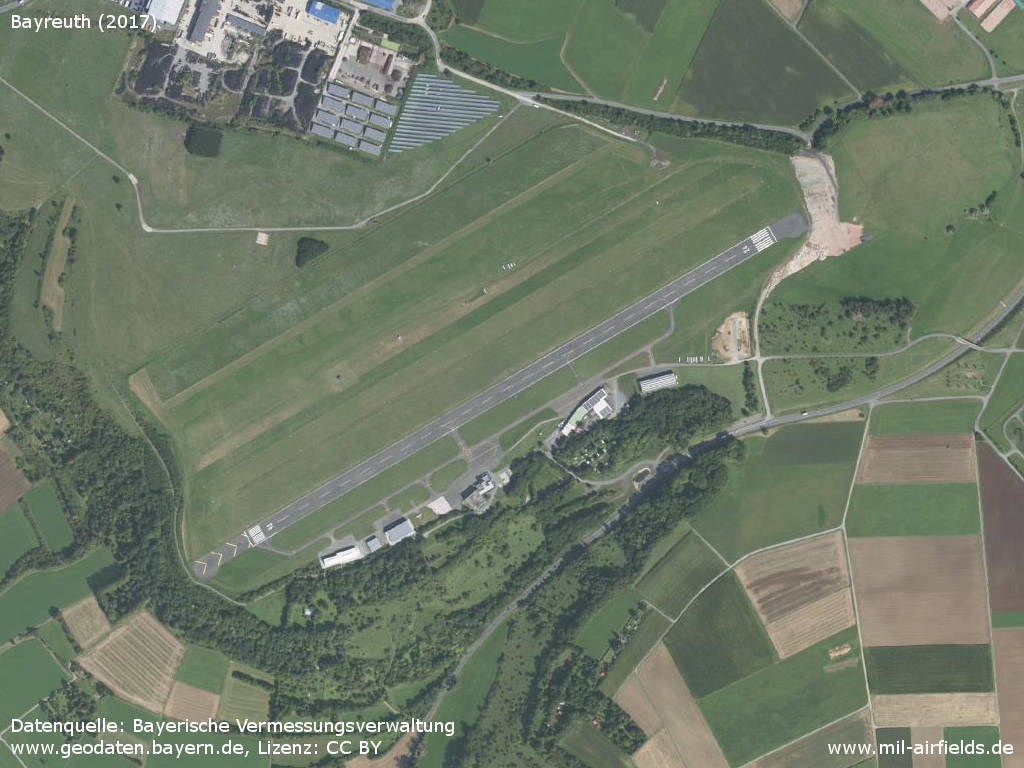 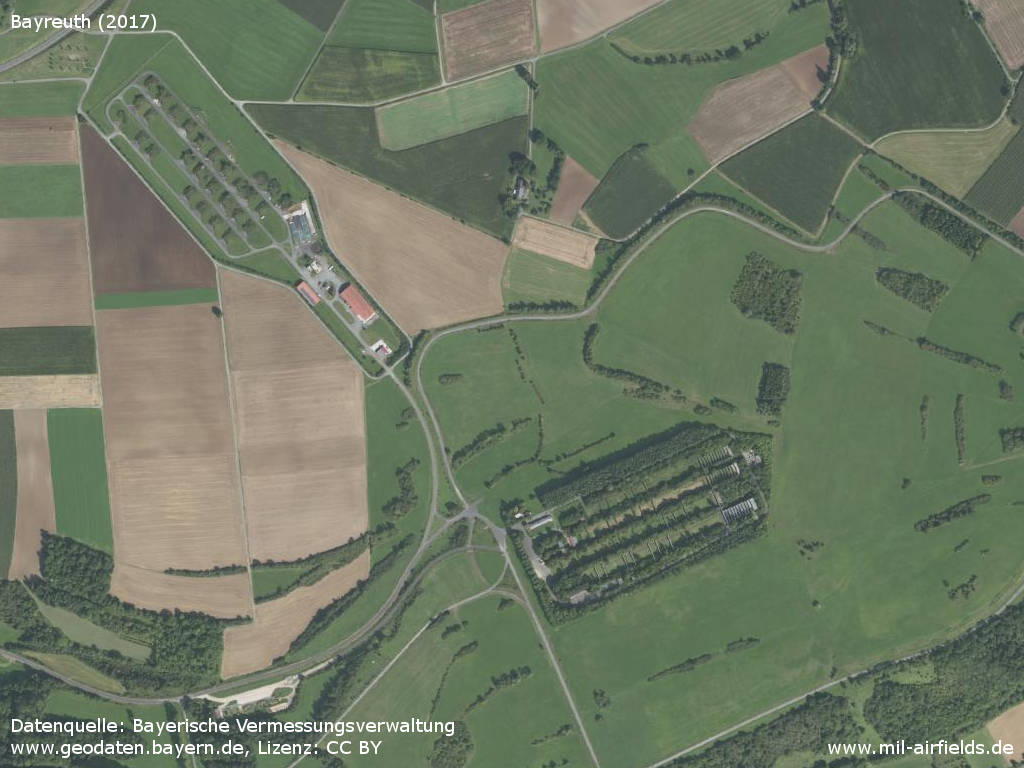 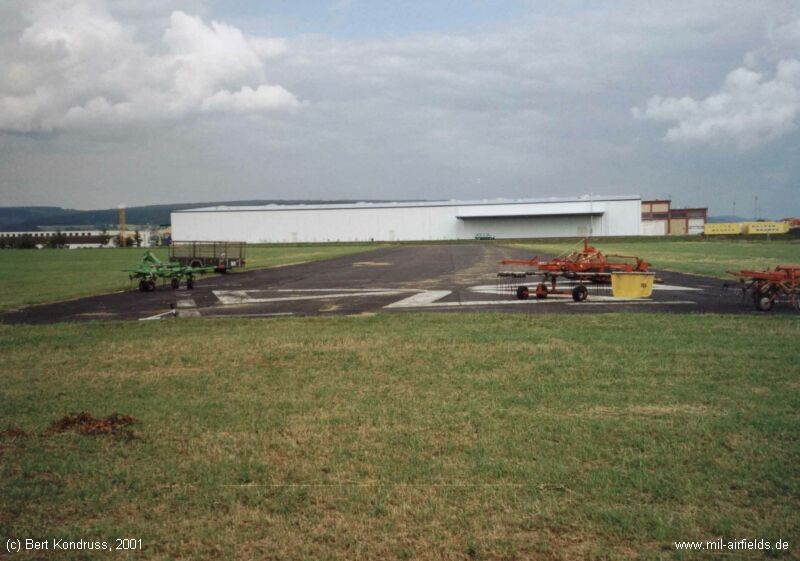 The relics of the former runway in 2001, before construction of the bypass road - The white maltese cross indicated the landing spot for helicopters. 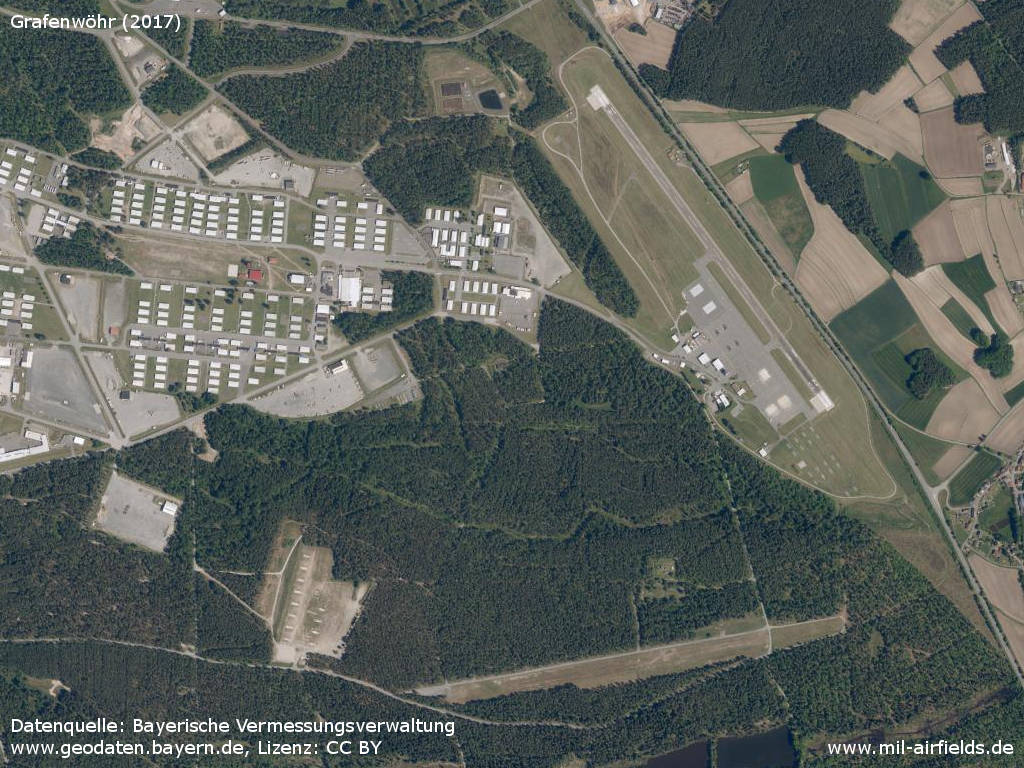 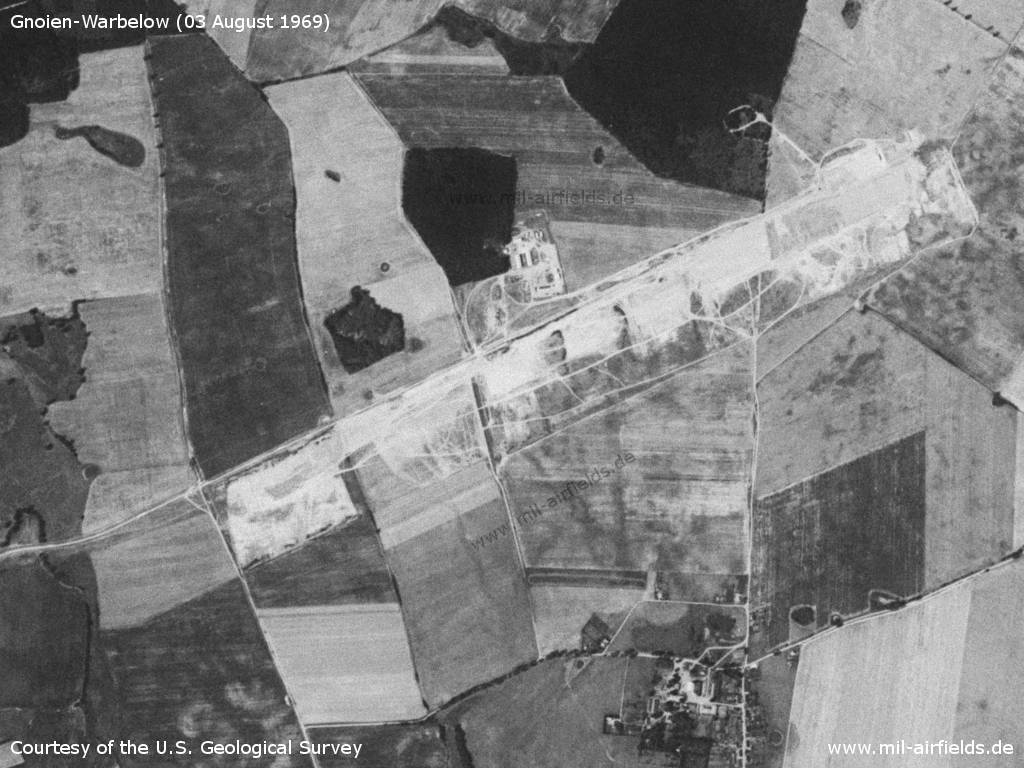 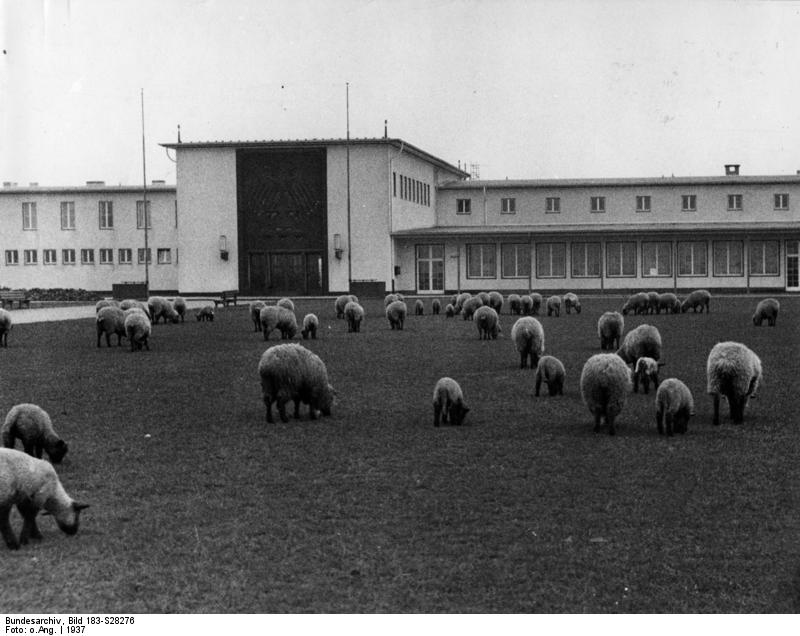 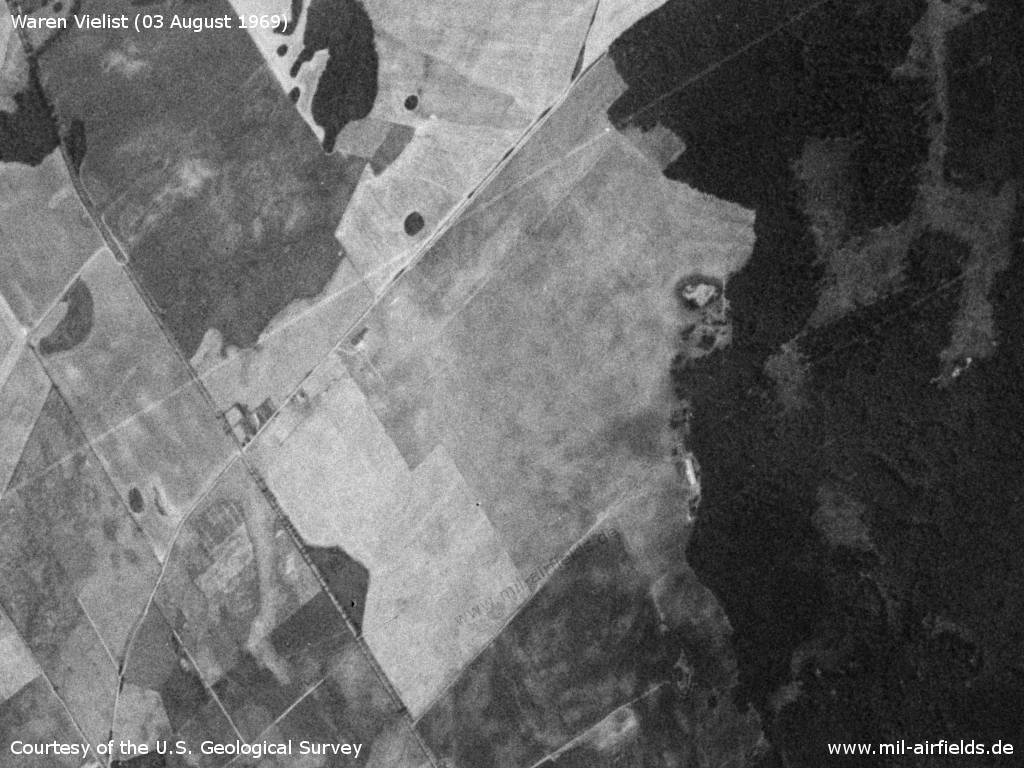