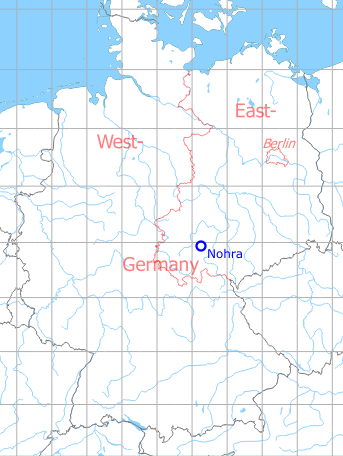 Until 1945, Nohra was used as a Luftwaffe air base (Fliegerhorst). After the World War II, the airfield became a soviet helicopter base in East Germany. At the time of the withdrawal in the early 1990s, helicopters Mi-2, Mi-6, Mi-8 and Mi-24 were flown in various versions. The field had a short paved runway, a hangar and a radio beacon. Today the installation is closed and largely demolished. 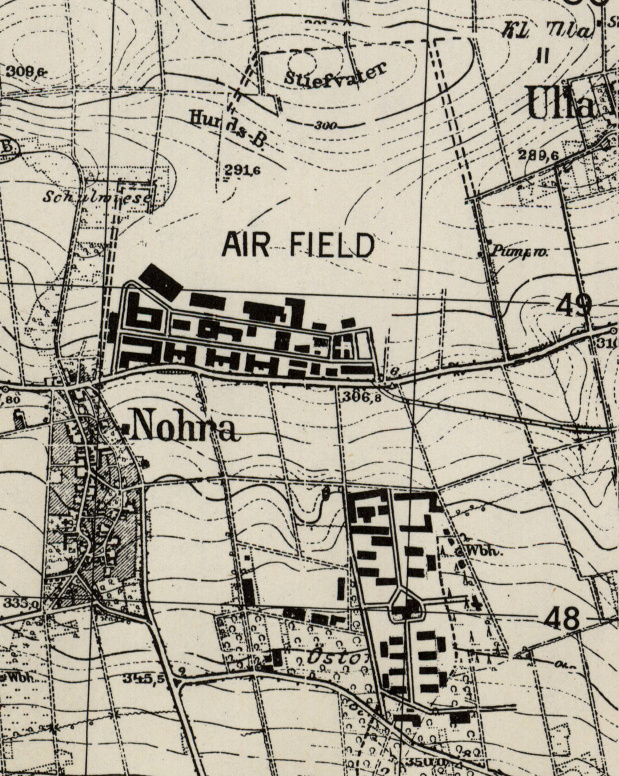 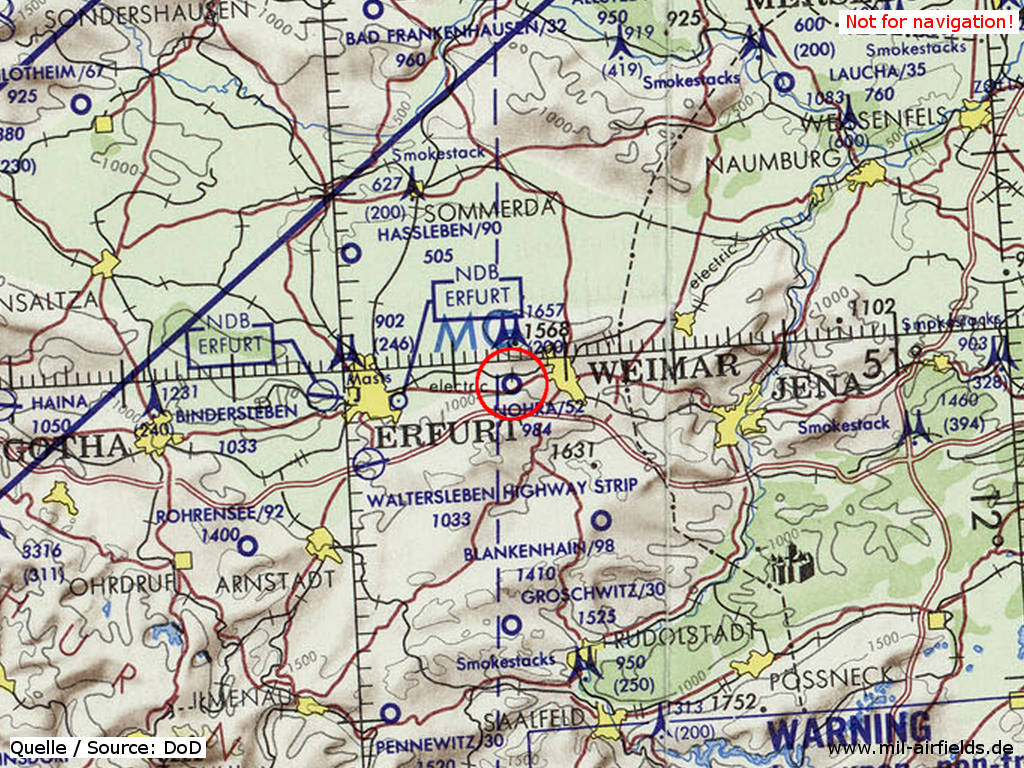 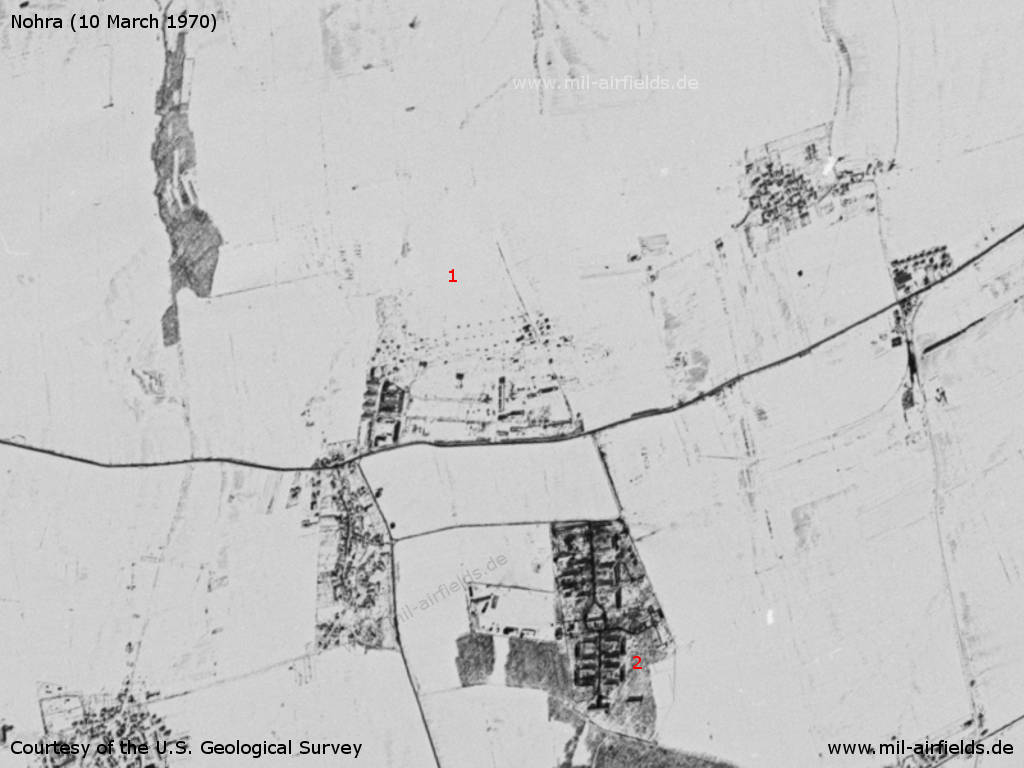 Nohra Airfield on a US satellite image from Tuesday 10 March 1970 - The landscape is snow-covered, the helicopter airfield (1) is hardly visible. The barracks (2) are well visible.
Source: U.S. Geological Survey 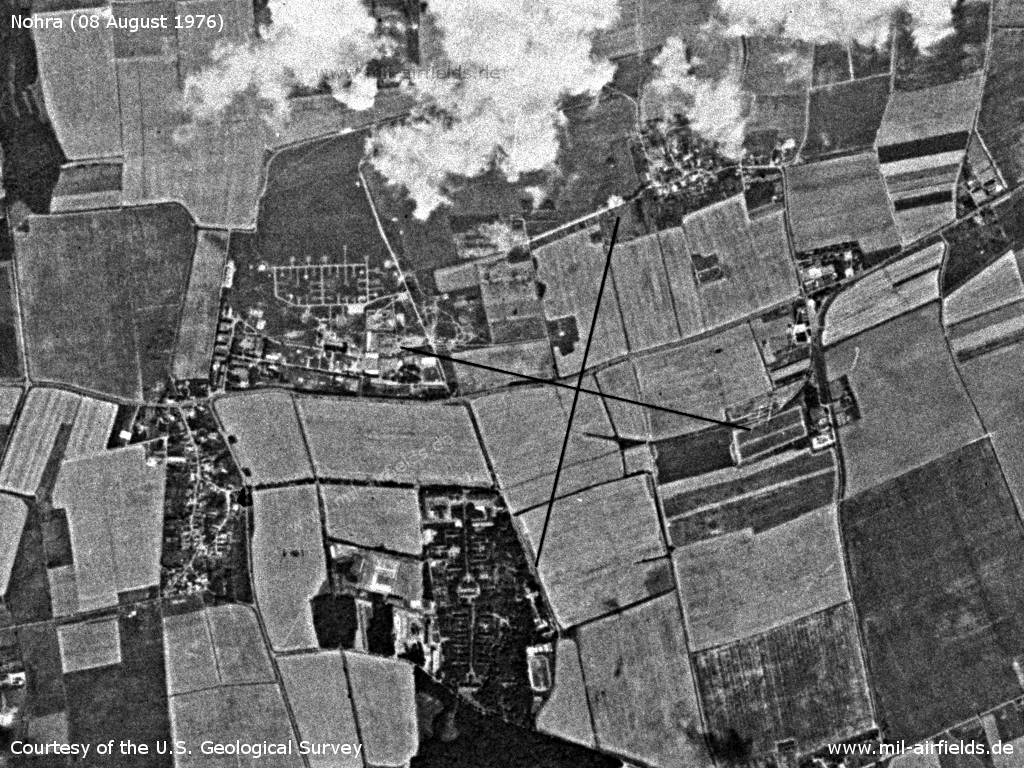 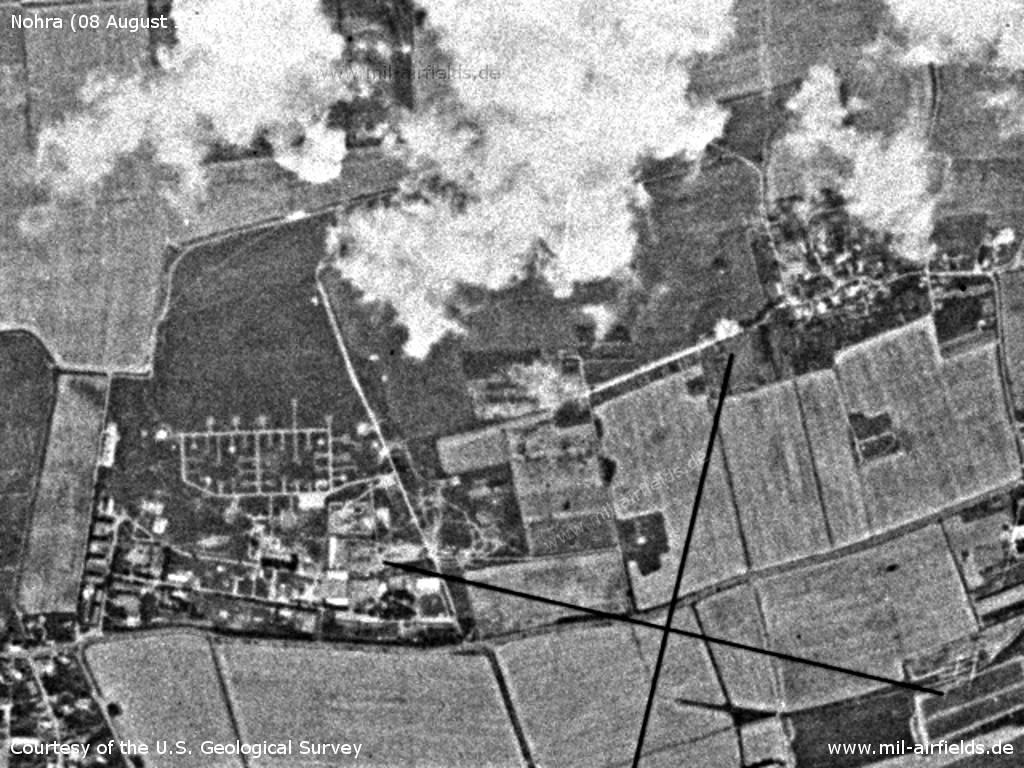 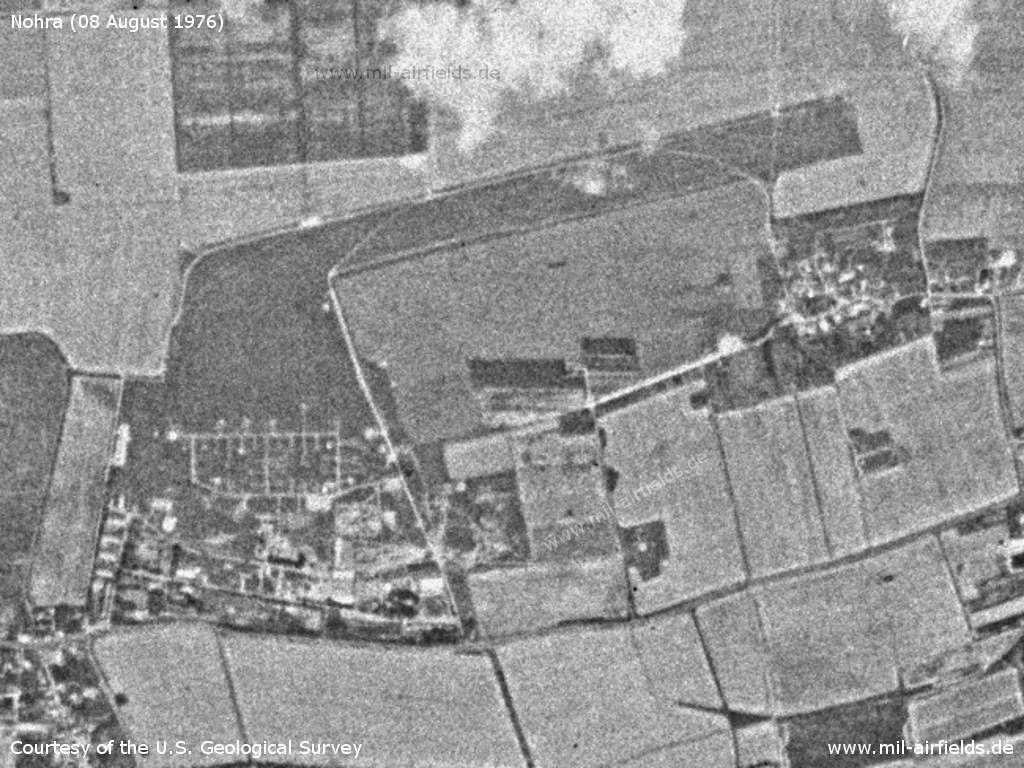 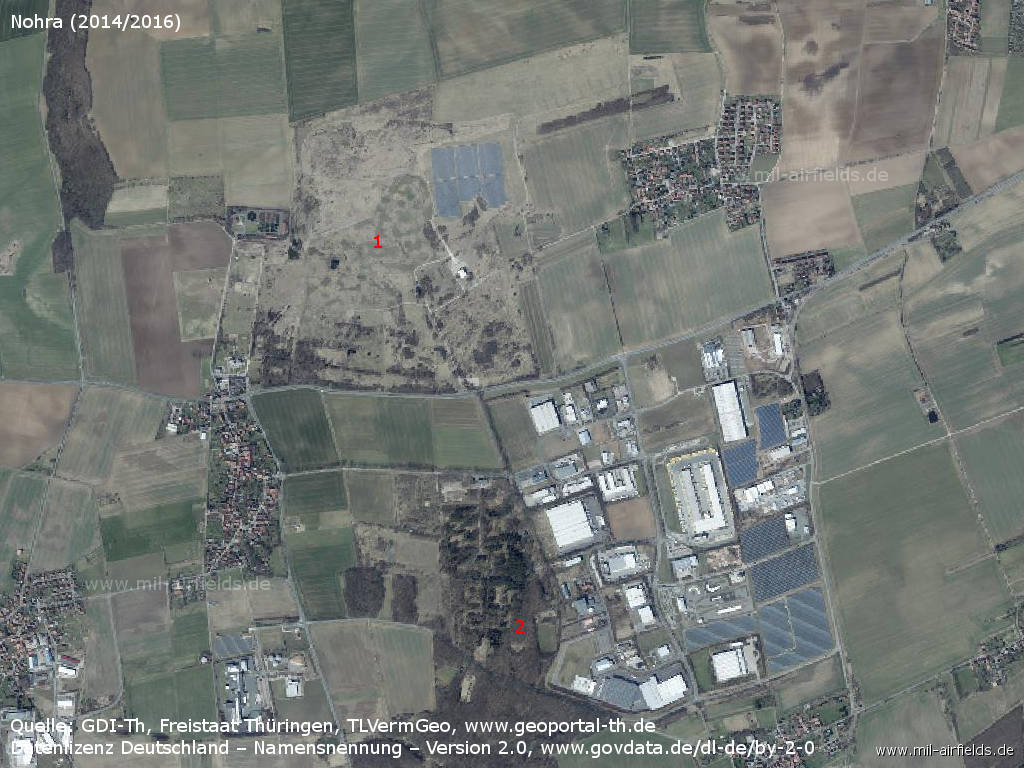 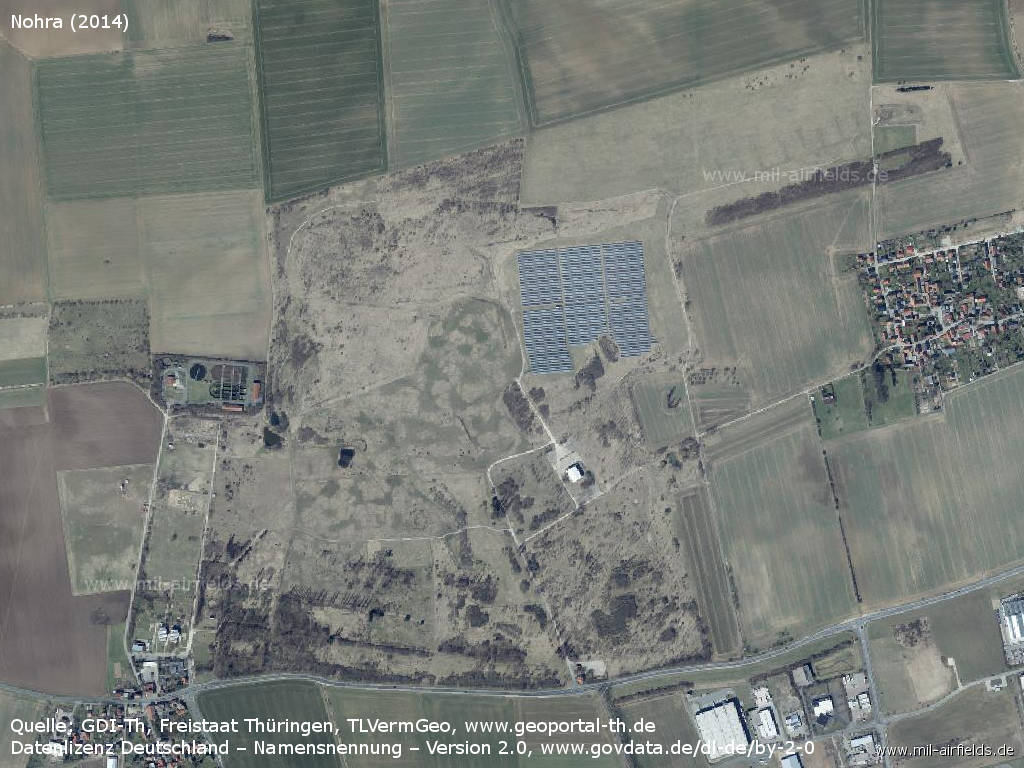 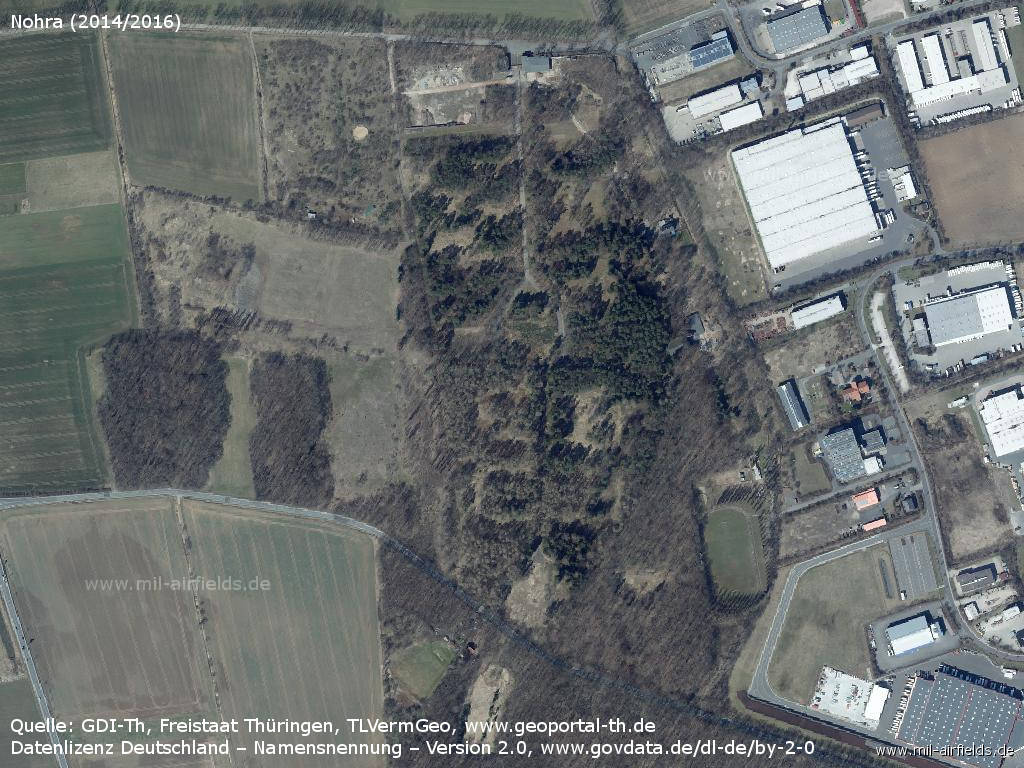 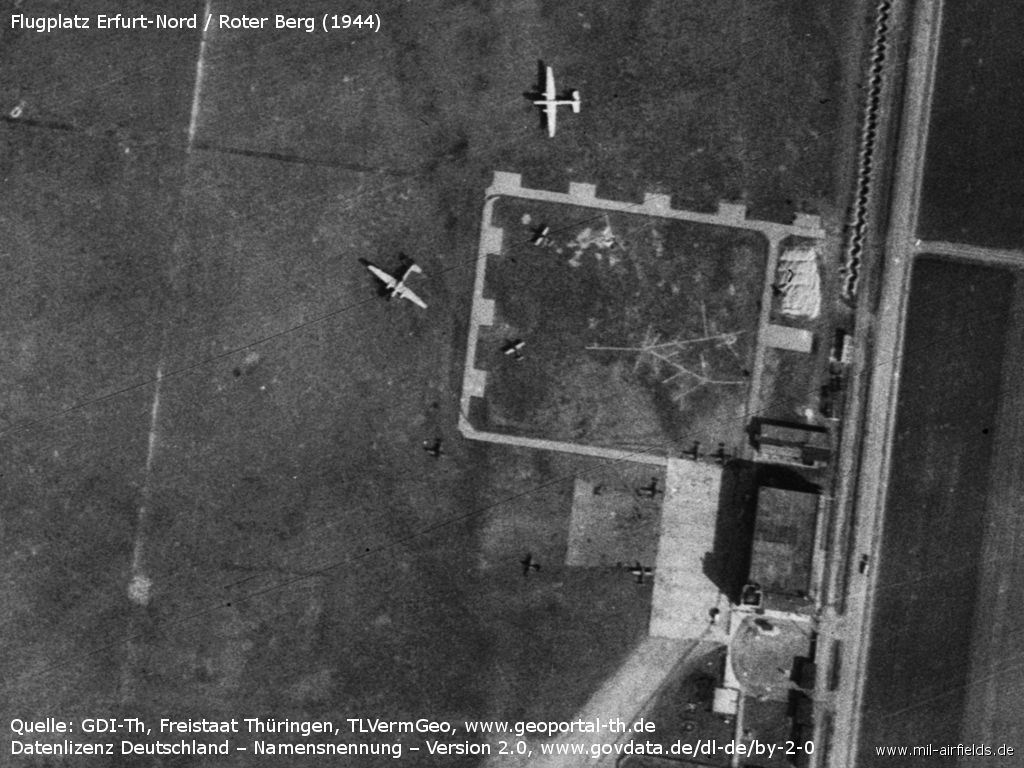 Erfurt Airport, Germany
only 20 km away 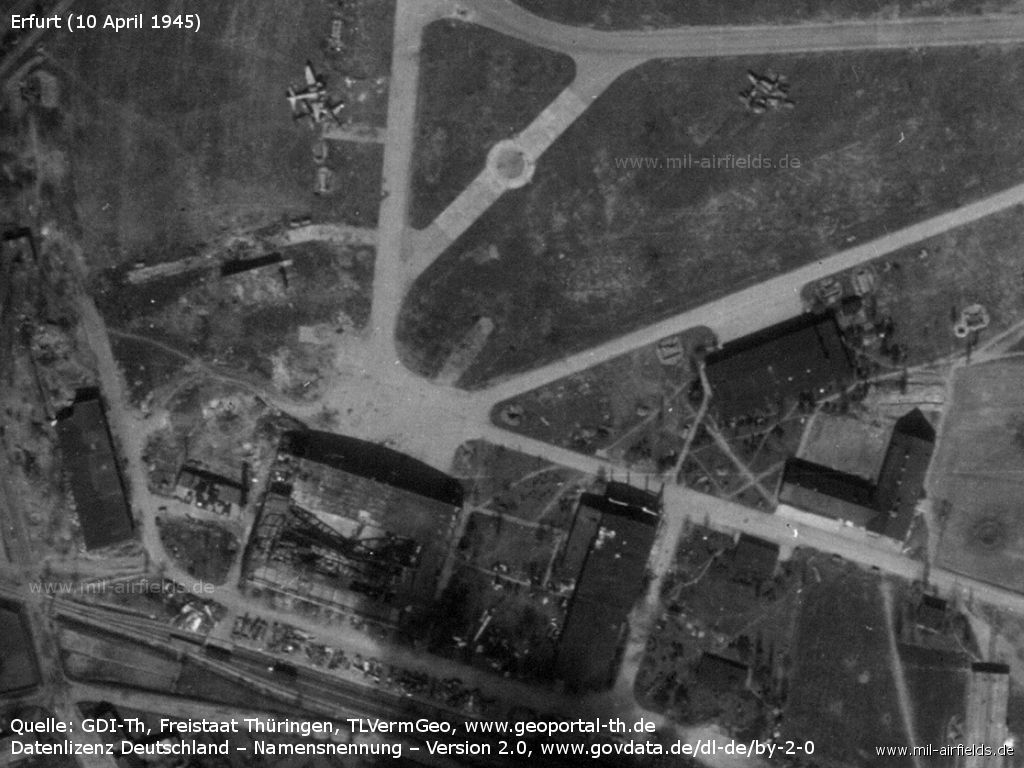 Hassleben Airfield, Germany
only 22 km away 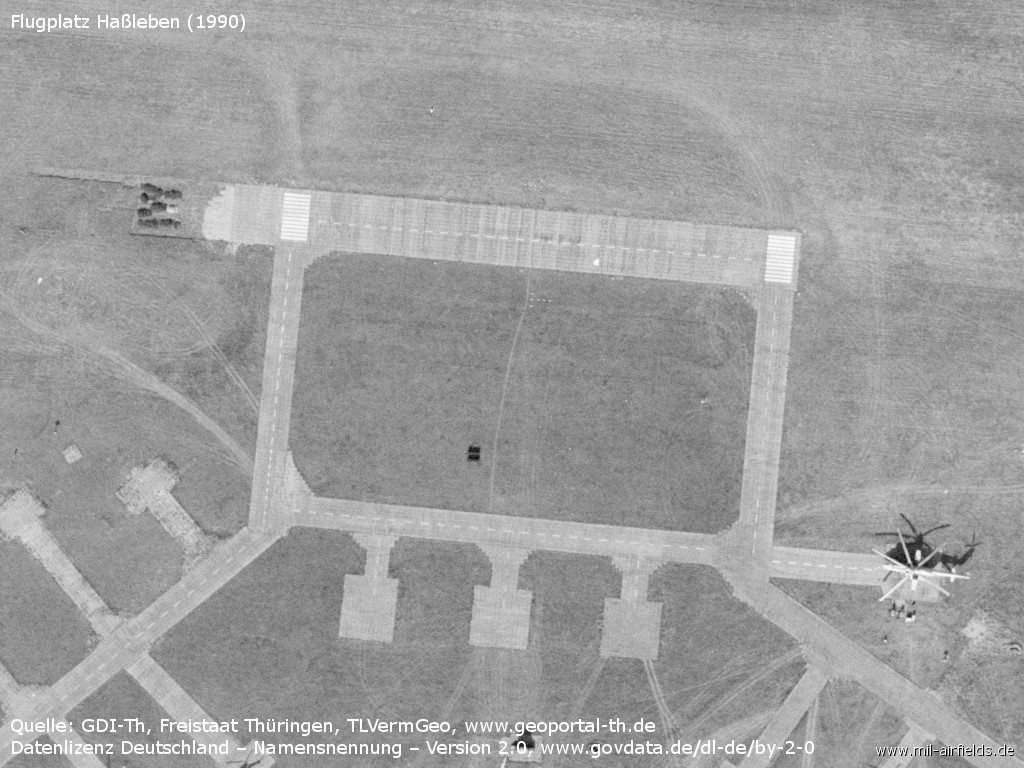 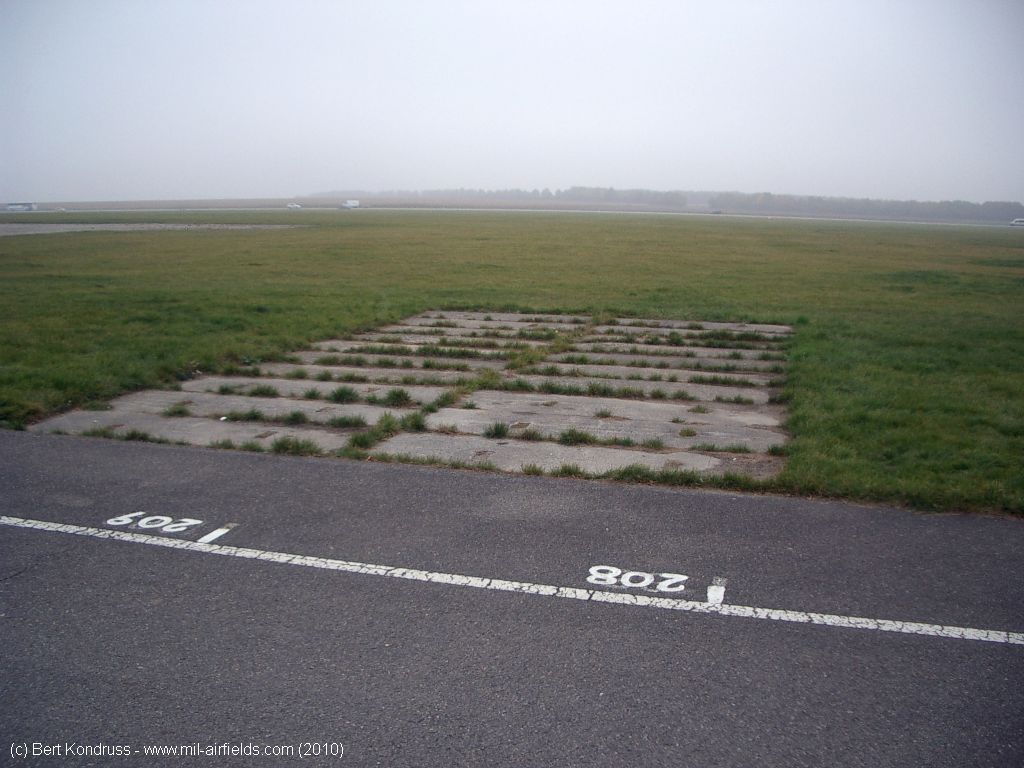