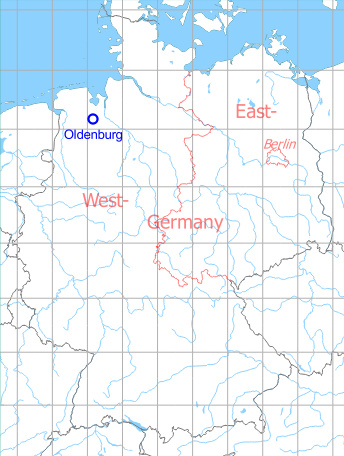 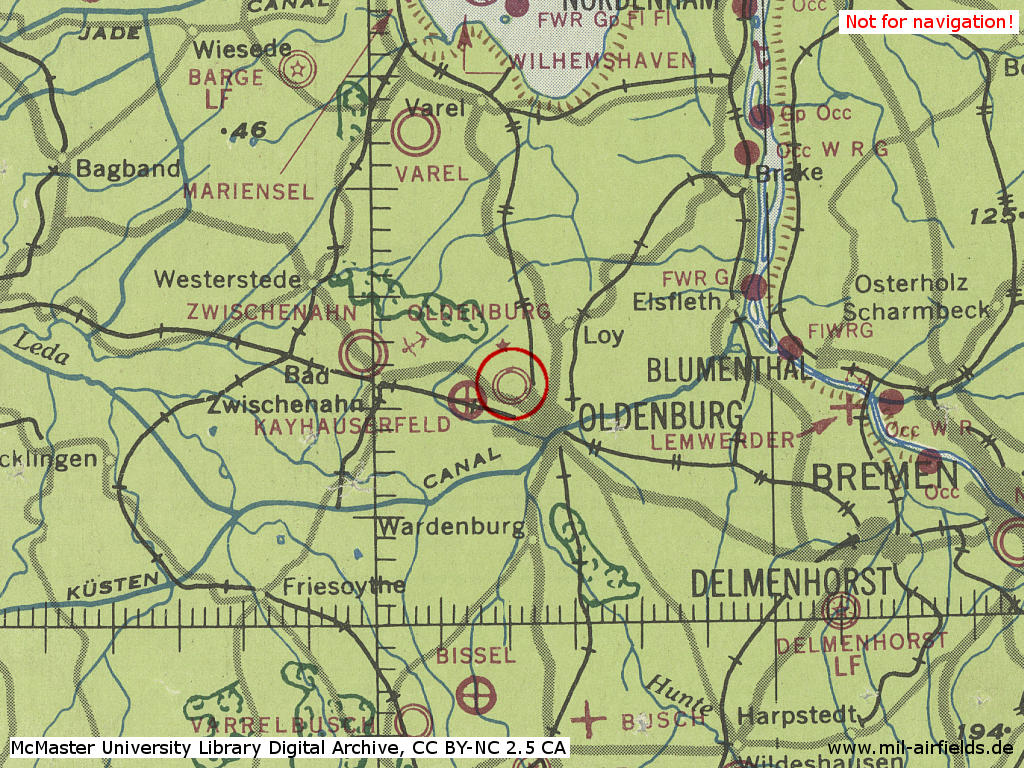 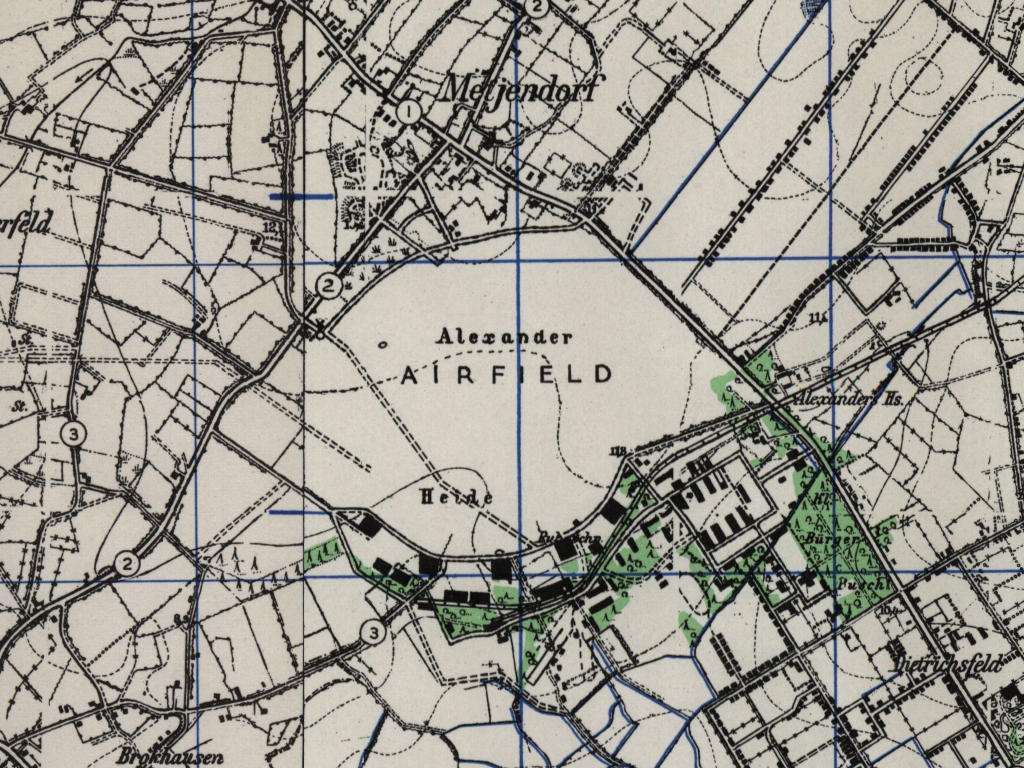 Oldenburg Air Base on a US map from 1951
Source: AMS M841 GSGS 4414, Courtesy Harold B. Lee Library, Brigham Young University 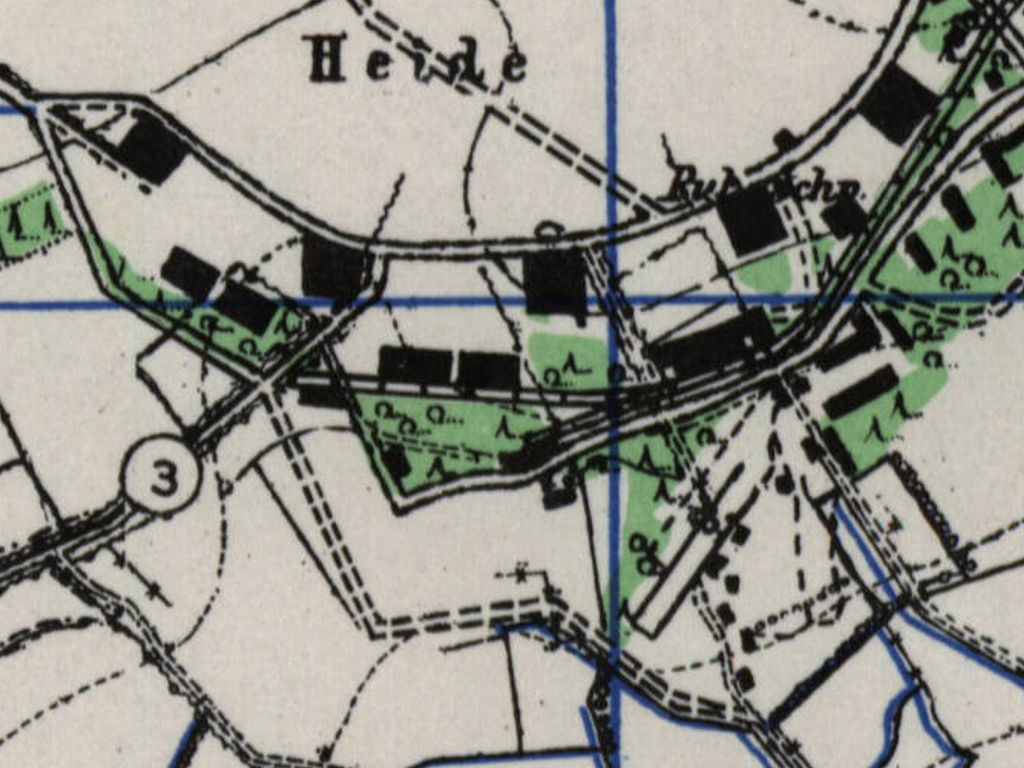 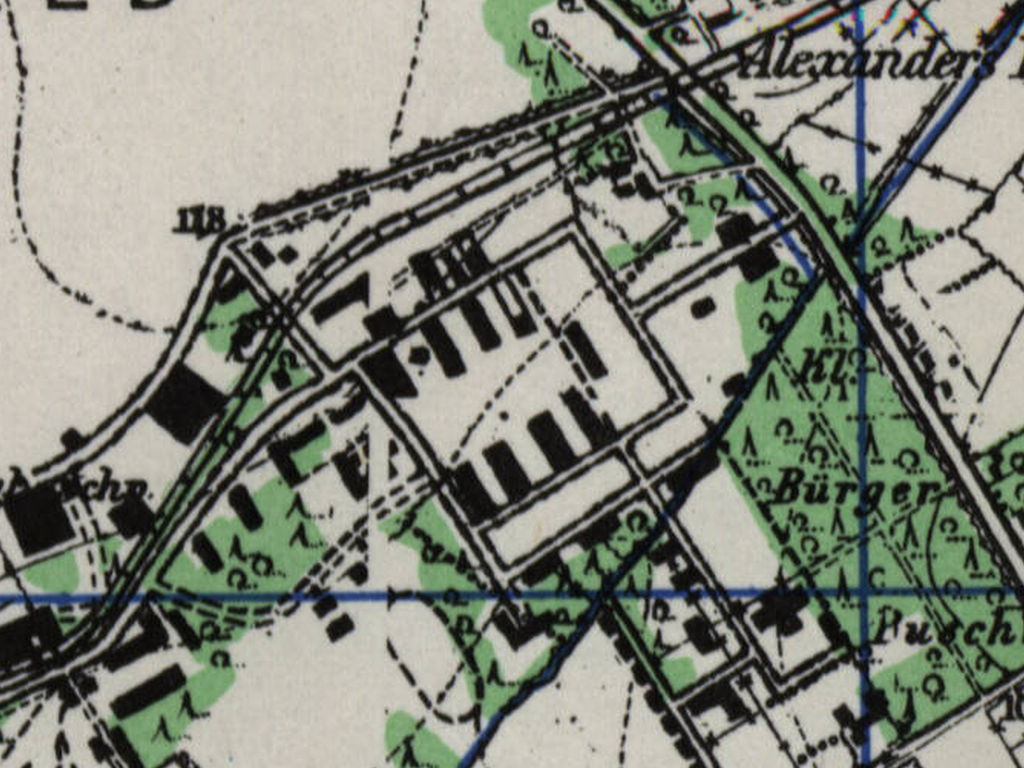 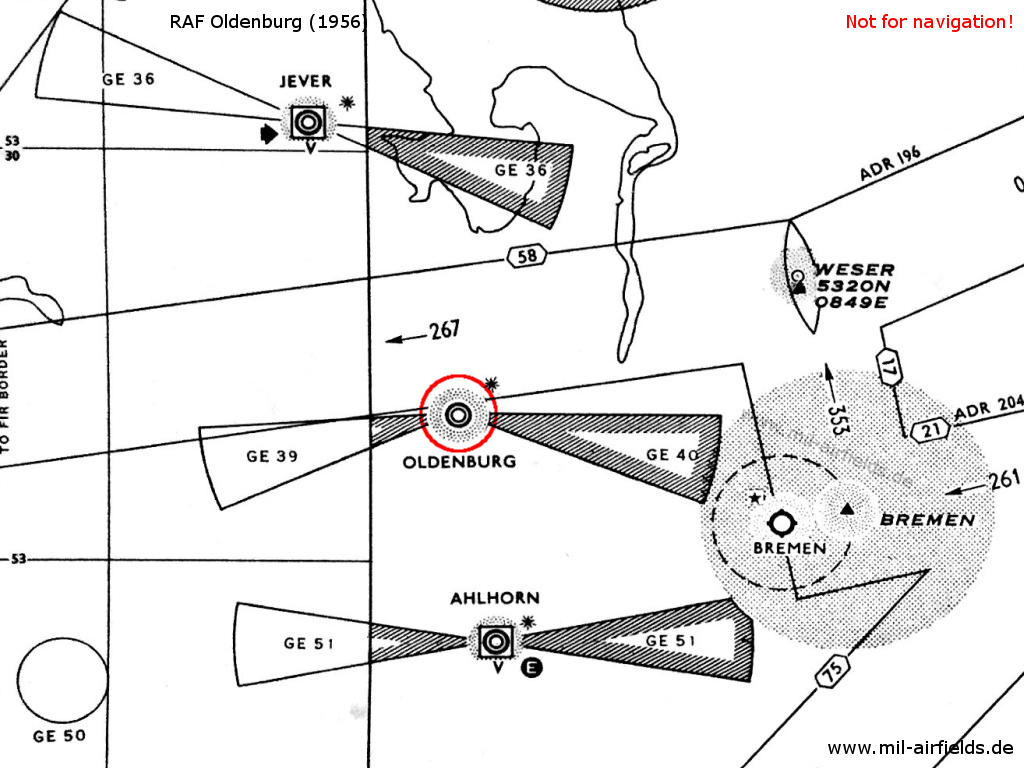 RAF Oldenburg on a map from 1956 - The approach areas of the three British airfields Ahlhorn, Oldenburg and Jever are protected by restricted areas. The white "E" in the circle symbolizes the Eureka radio beacon, used by the British at this time. The square around the airport symbol with the "V" underneath shows an VHF direction finder. The black star stands for the coded beacons which is characteristical for British airfields 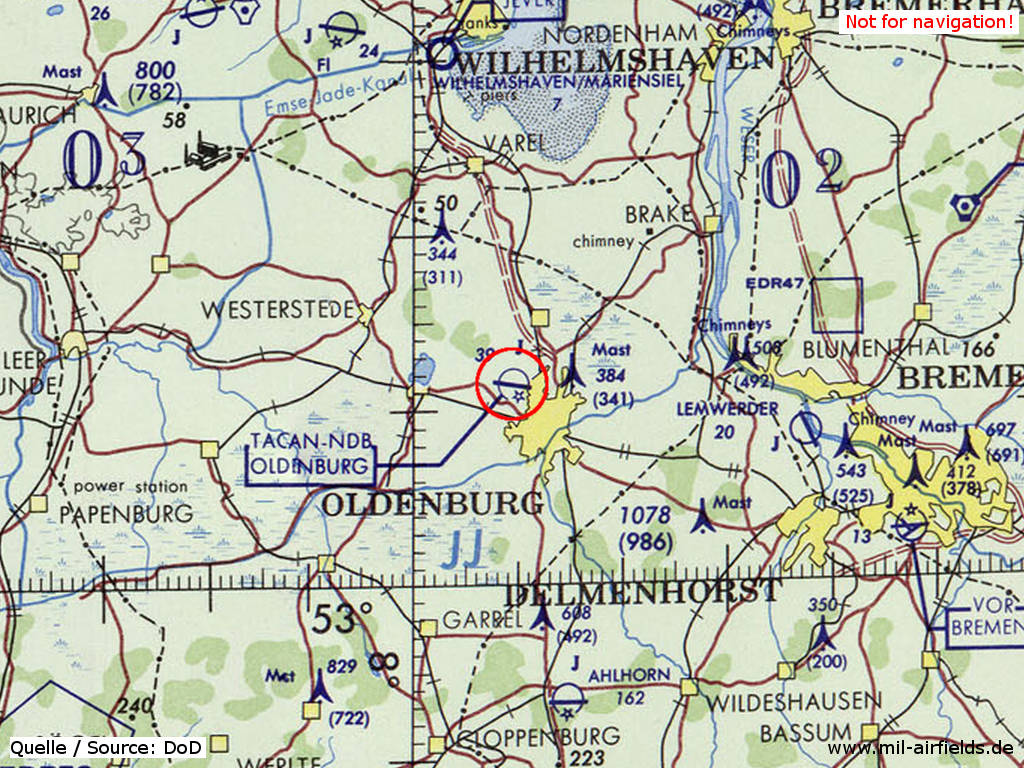 Oldenburg Air Base on a map of the US Department of Defense from 1972
Source: ONC E-2 (1972), Perry-Castañeda Library Map Collection, University of Texas at Austin