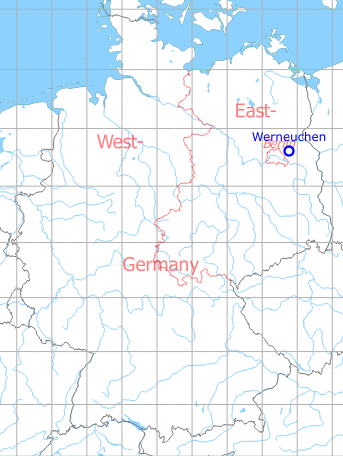 The airfield is situated east of Werneuchen. 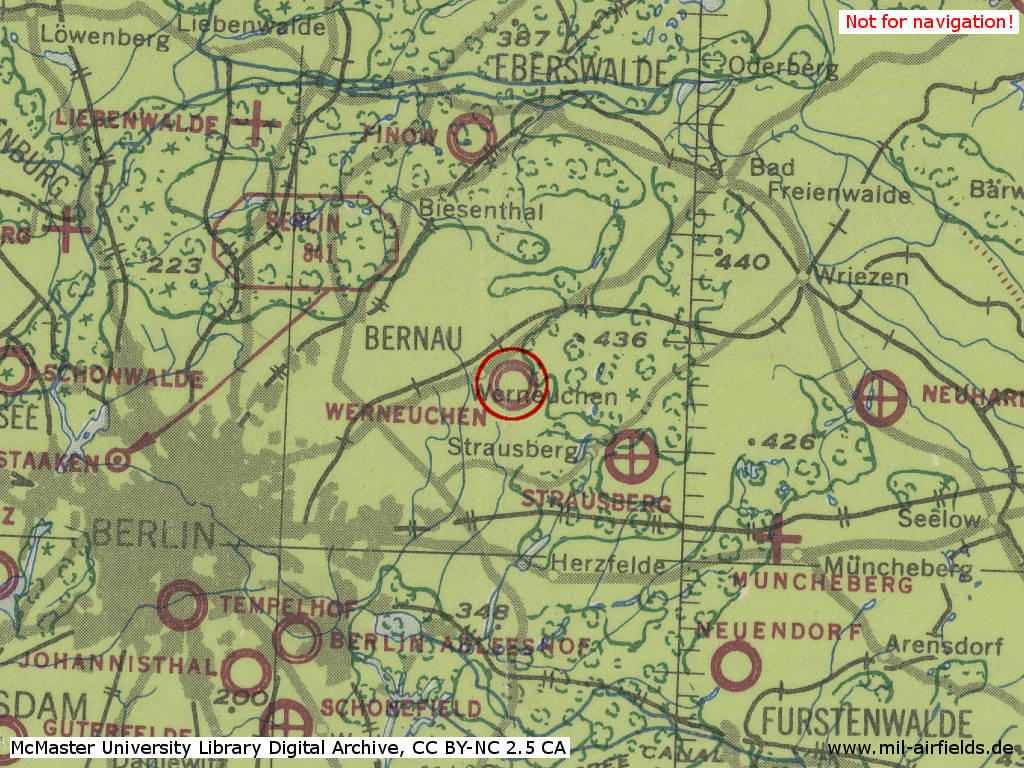 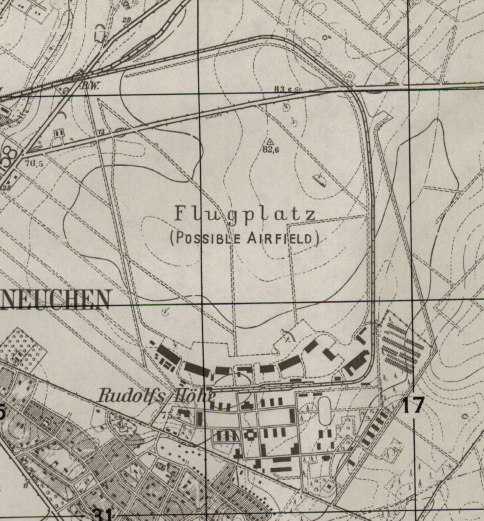 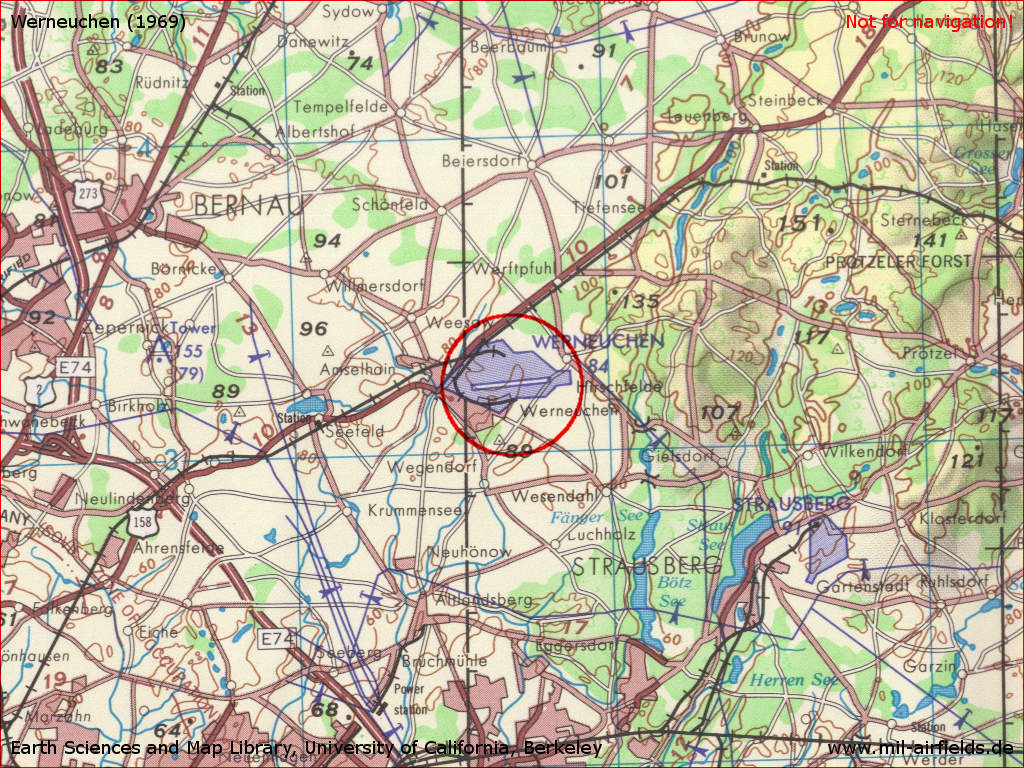 Werneuchen Air Base on a US map from 1969
Source: Earth Sciences and Map Library, University of California, Berkeley 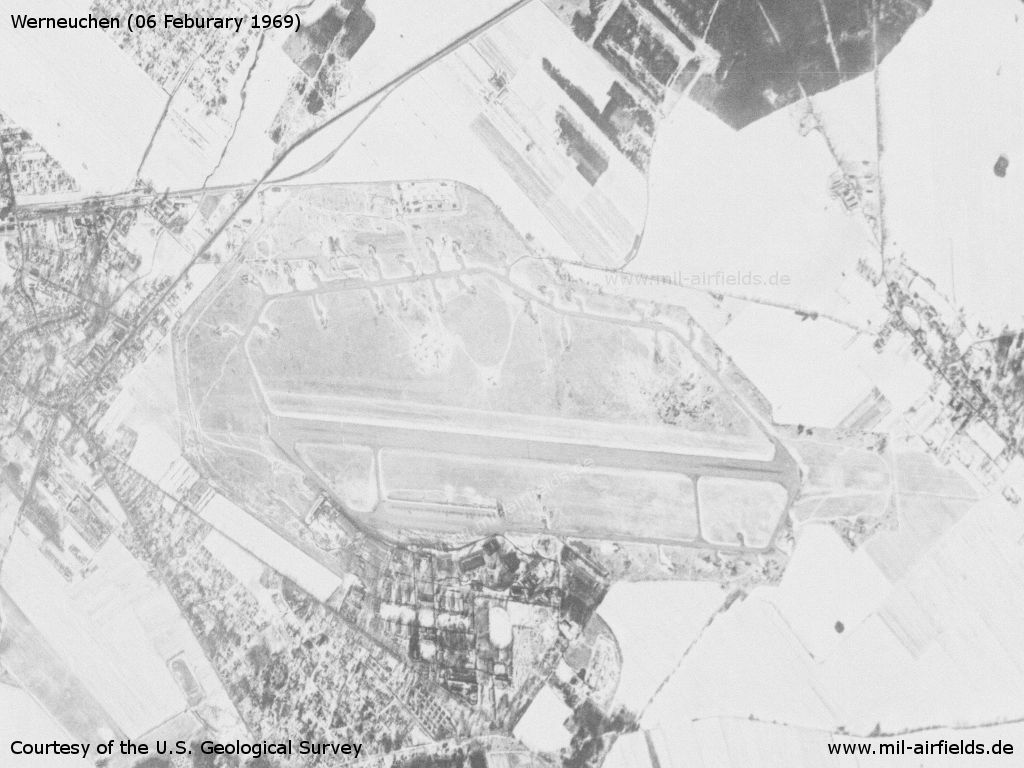 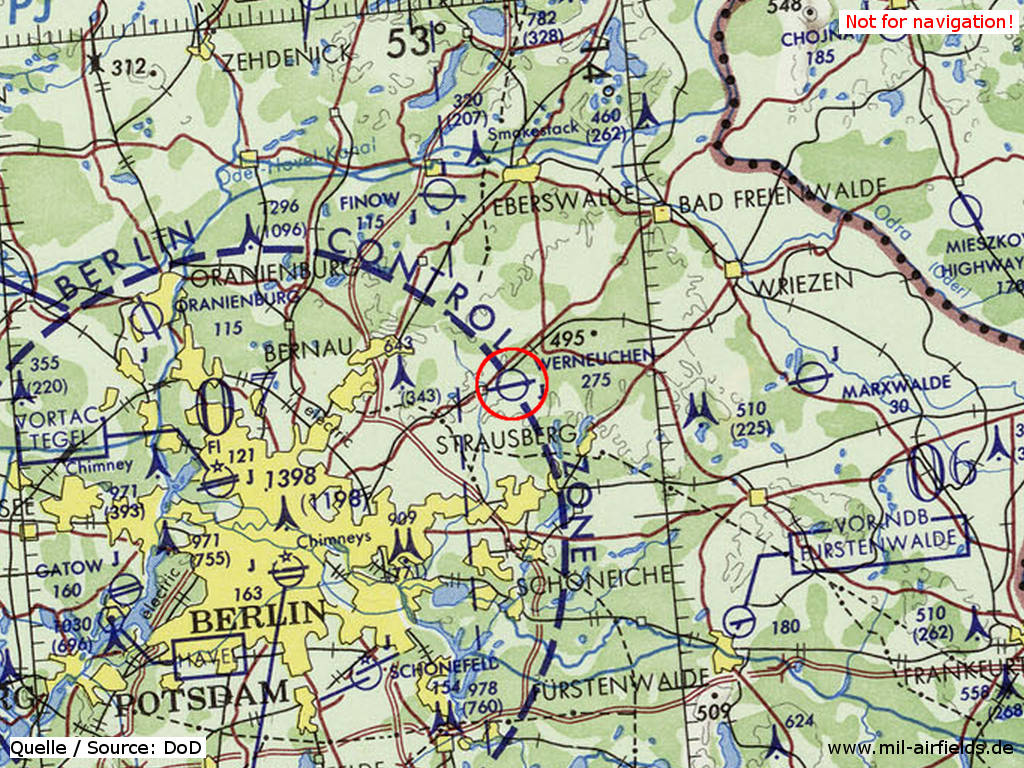 Werneuchen Soviet Air Base on a map of the US Department of Defense from 1972 - The field was located at the border of the Berlin Control Zone (BCZ), which is marked by the blue dotted line here. Since western allied planes could move freely within the BCZ, the field was well reconnaissable for the west from the air.
Source: ONC E-2 (1972), Perry-Castañeda Library Map Collection, University of Texas at Austin 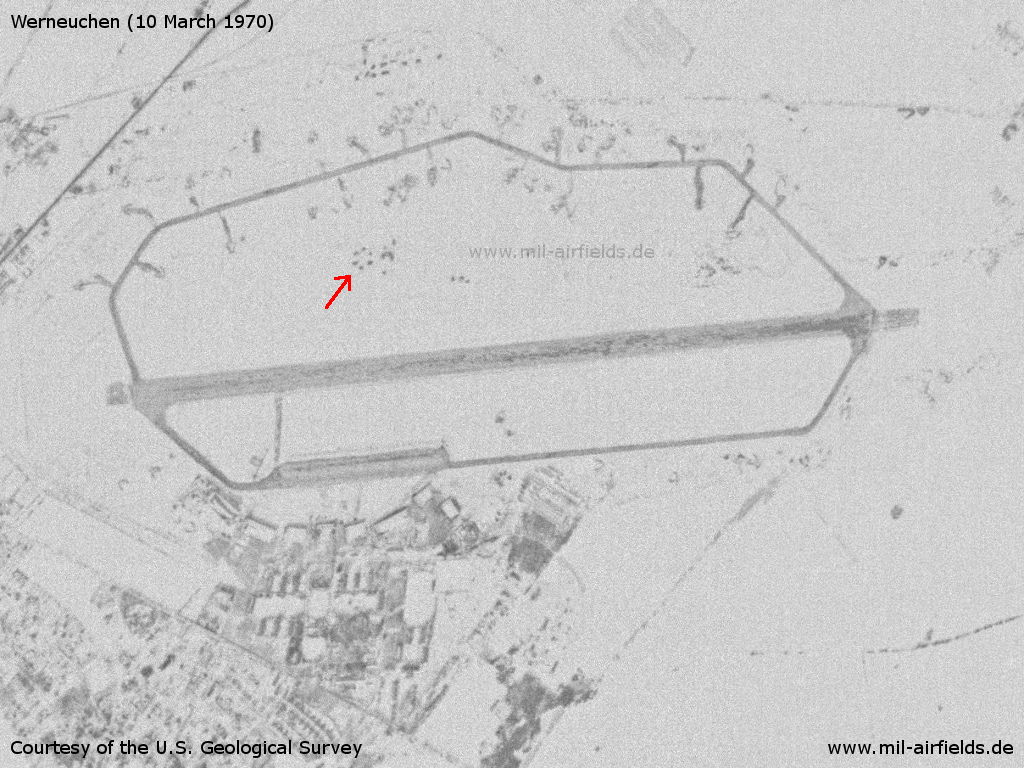 US satellite image from 10 March 1970. - Because of the snow well recognizable: the 6 points on the movement area, which are probably an air defense site (red arrow), The apron in front of the hangars, the aircraft revetments in the south and a taxiway to the runway were not cleared of the snow.
Source: U.S. Geological Survey 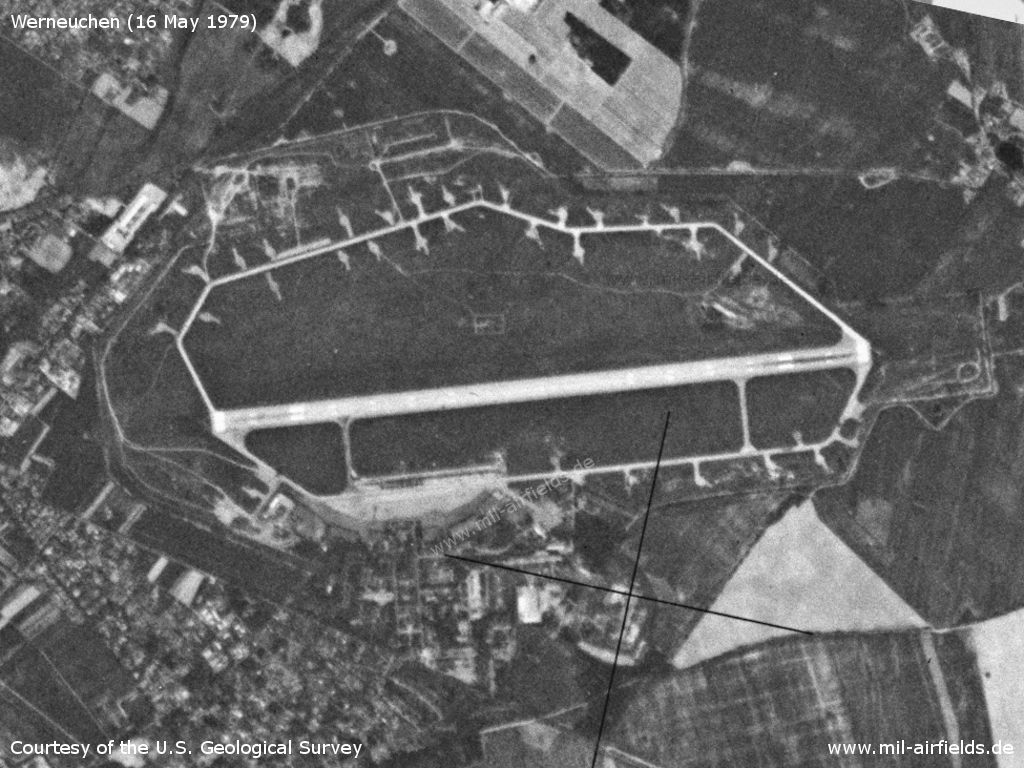 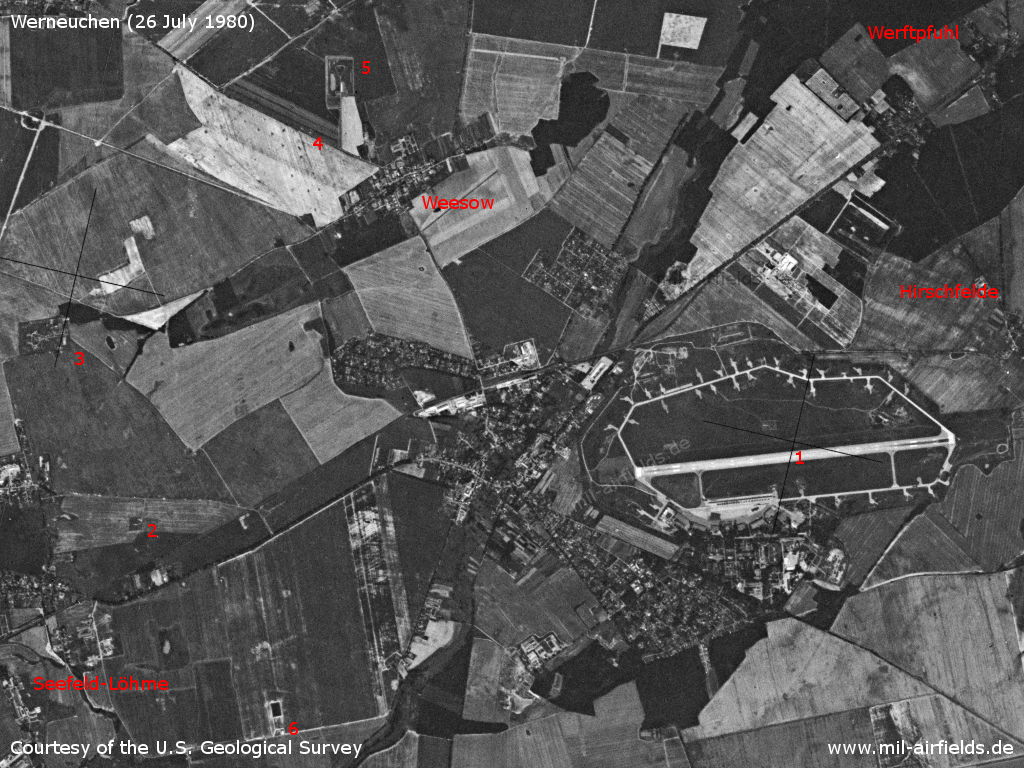 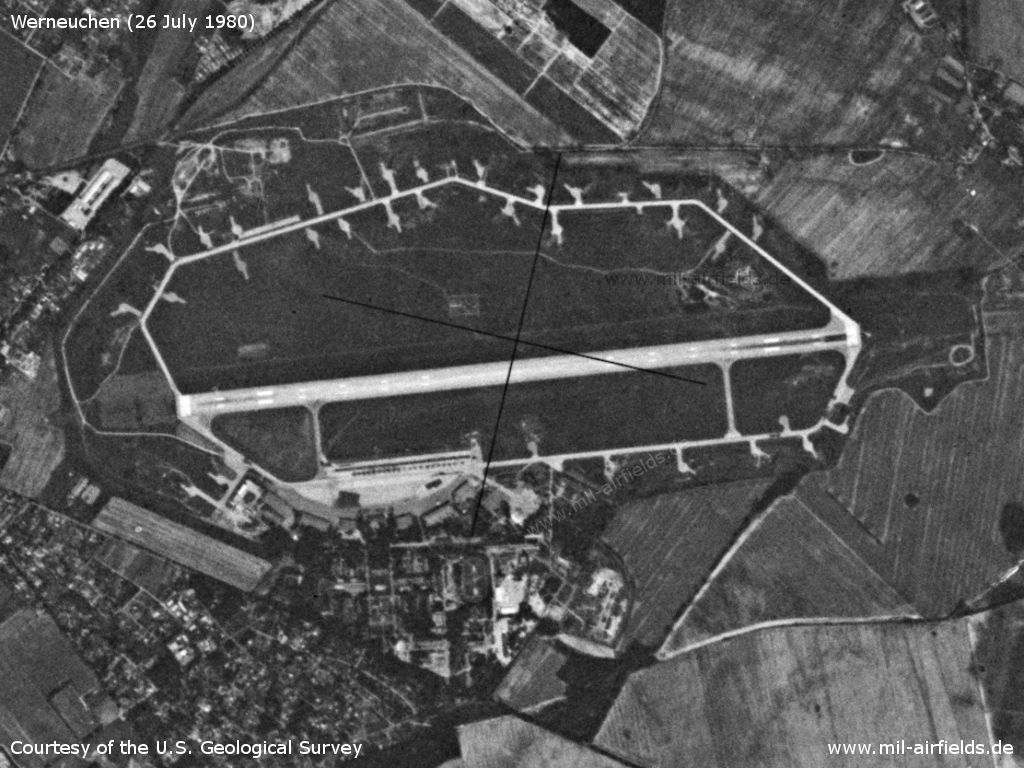 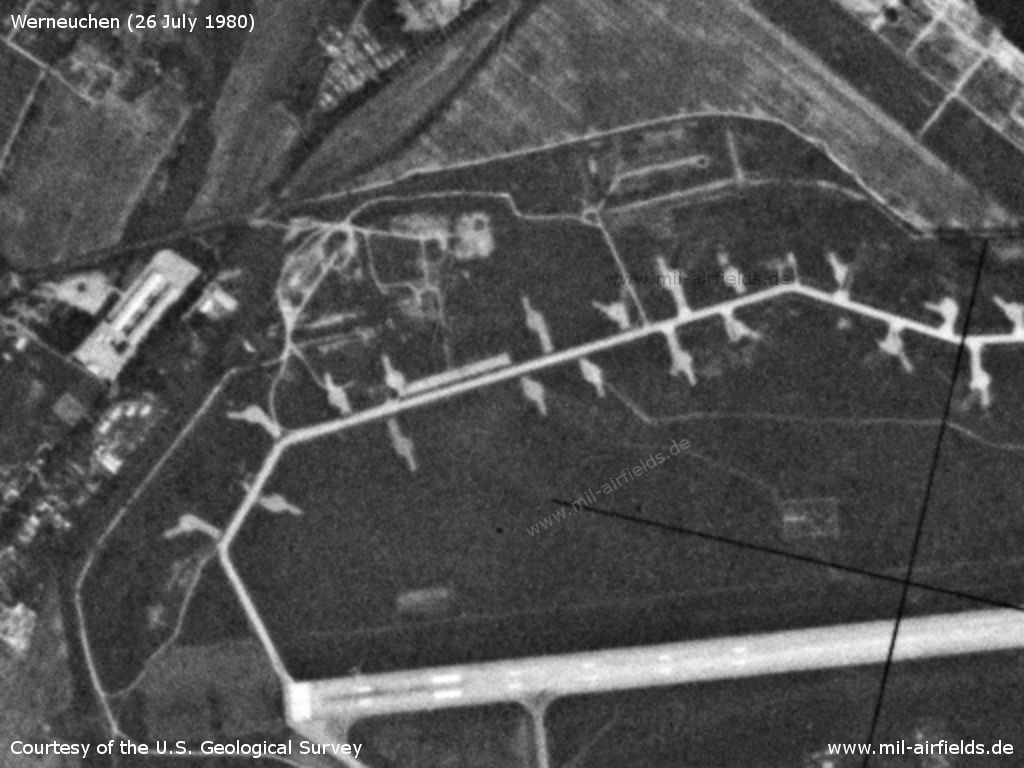 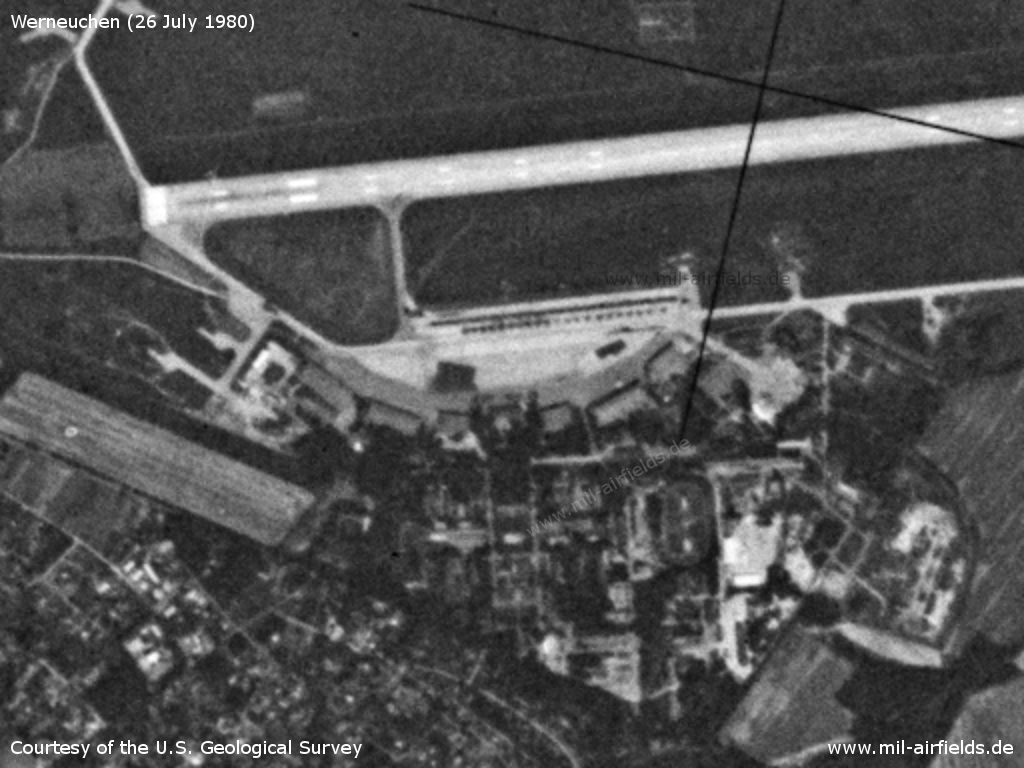 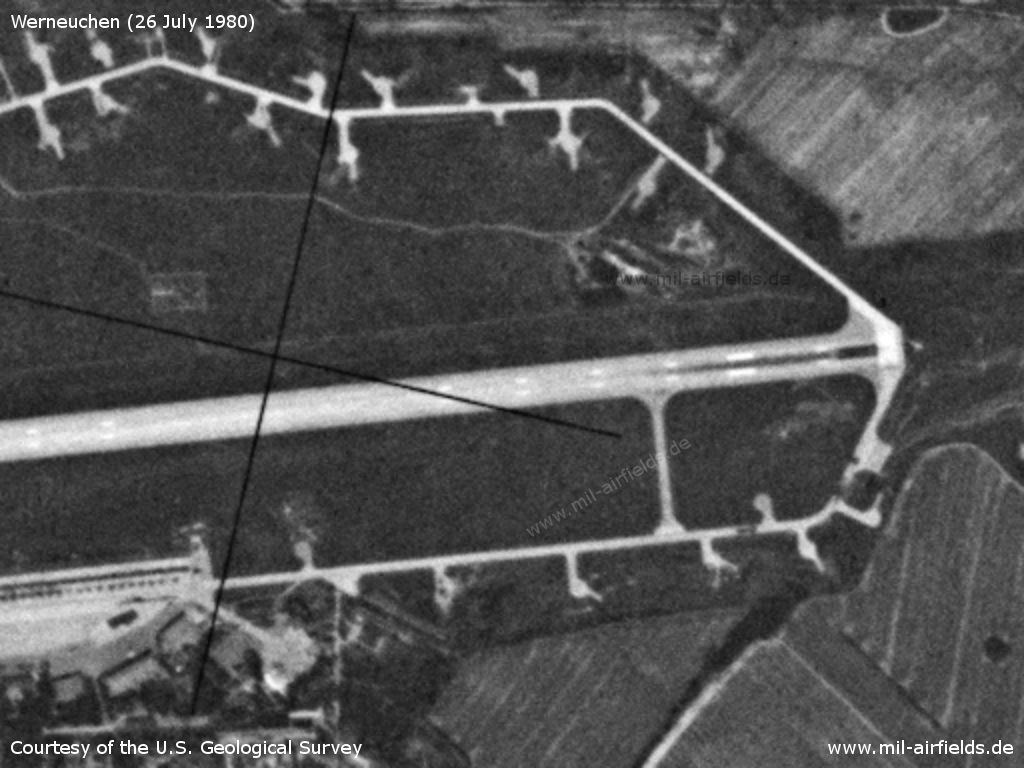 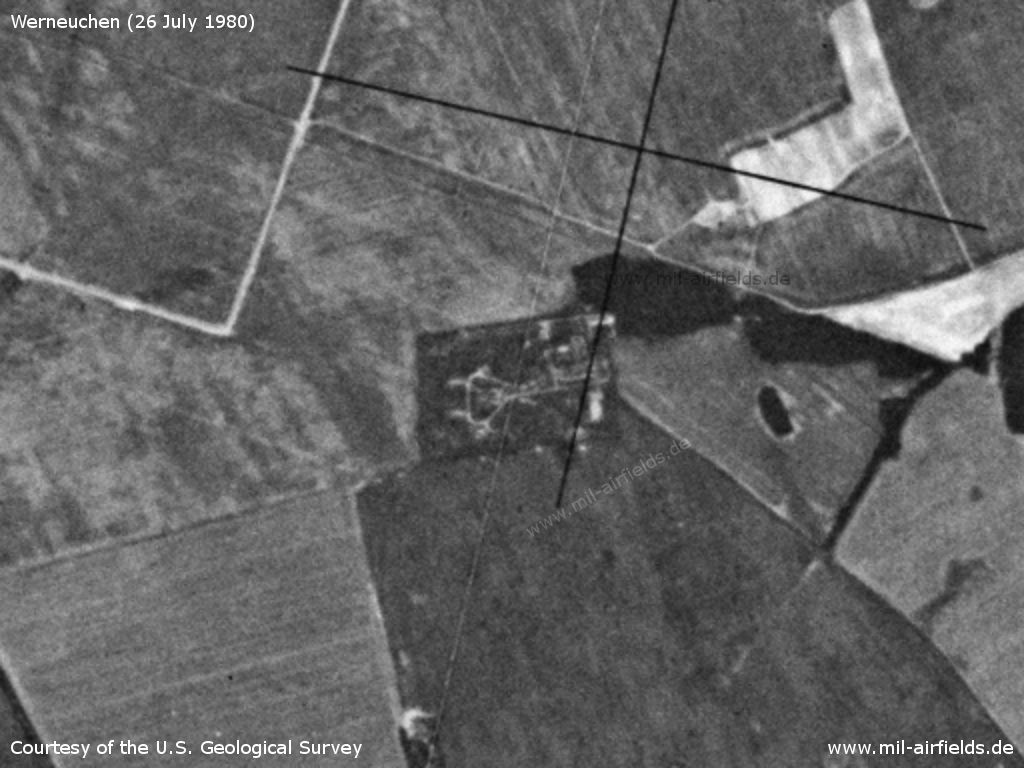 The russian radio call sign for the airfield was LAGERNI ("Camp", original notation in Cyrillic: ЛАГЕРНЫЙ).

Jēkabpils Air Base (Latvia)
892 km away 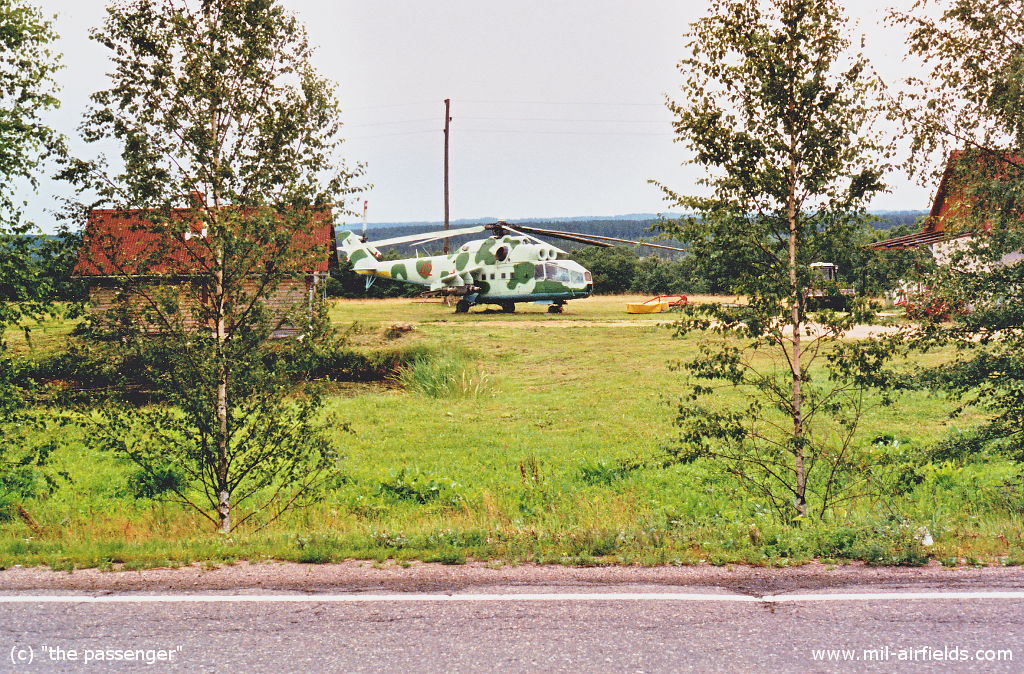 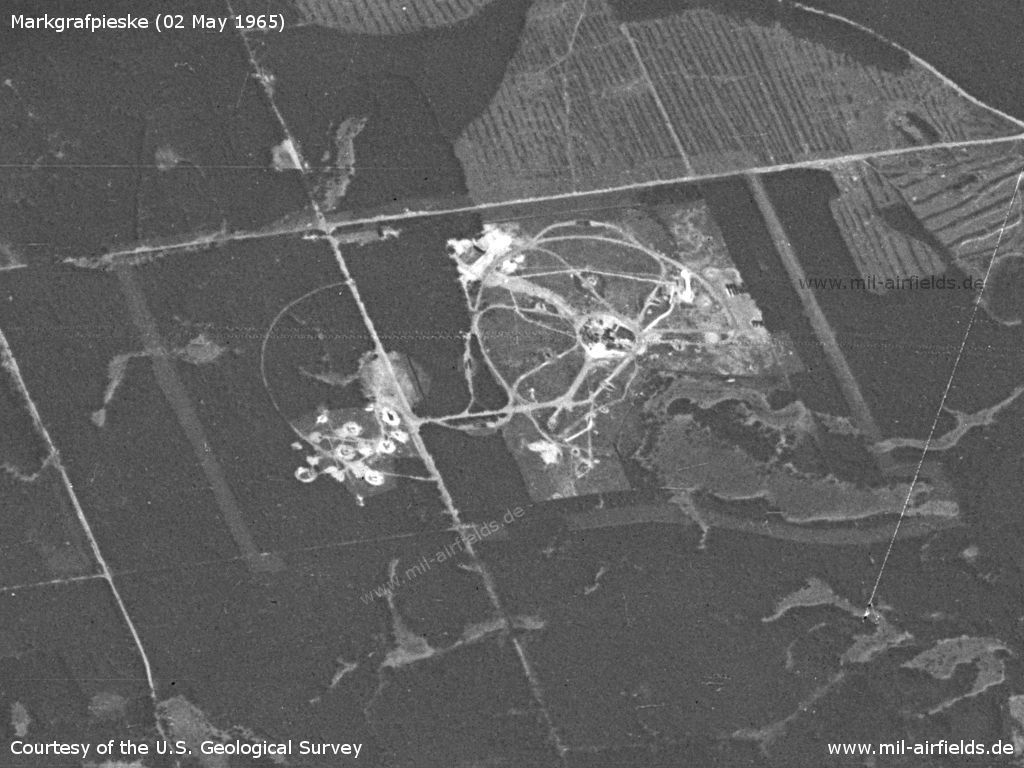 Bremgarten Air Base, Germany
683 km away 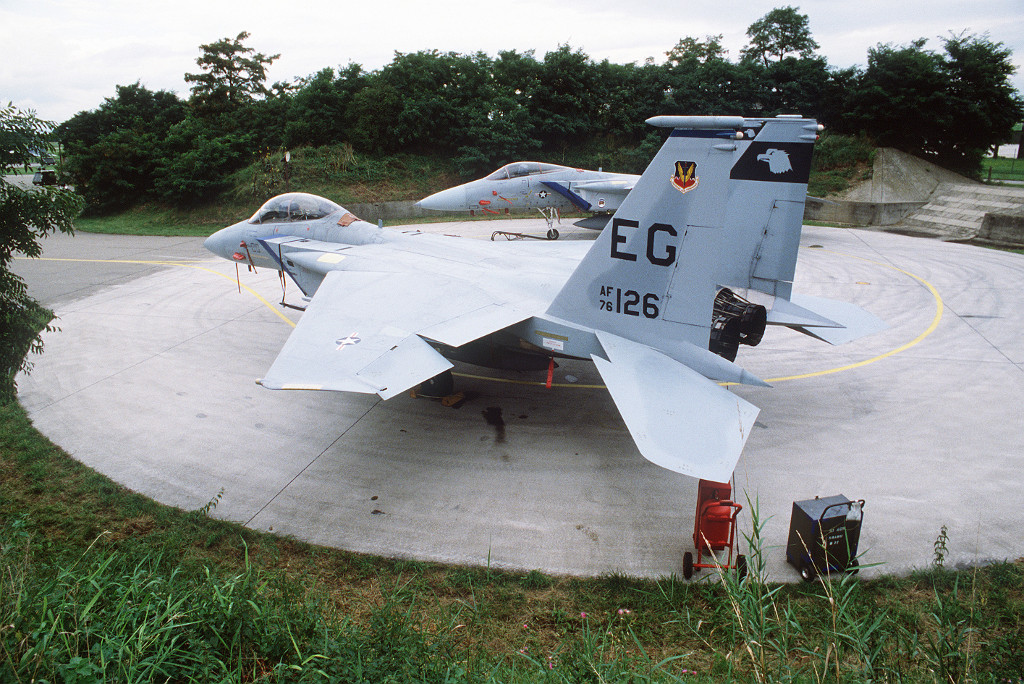 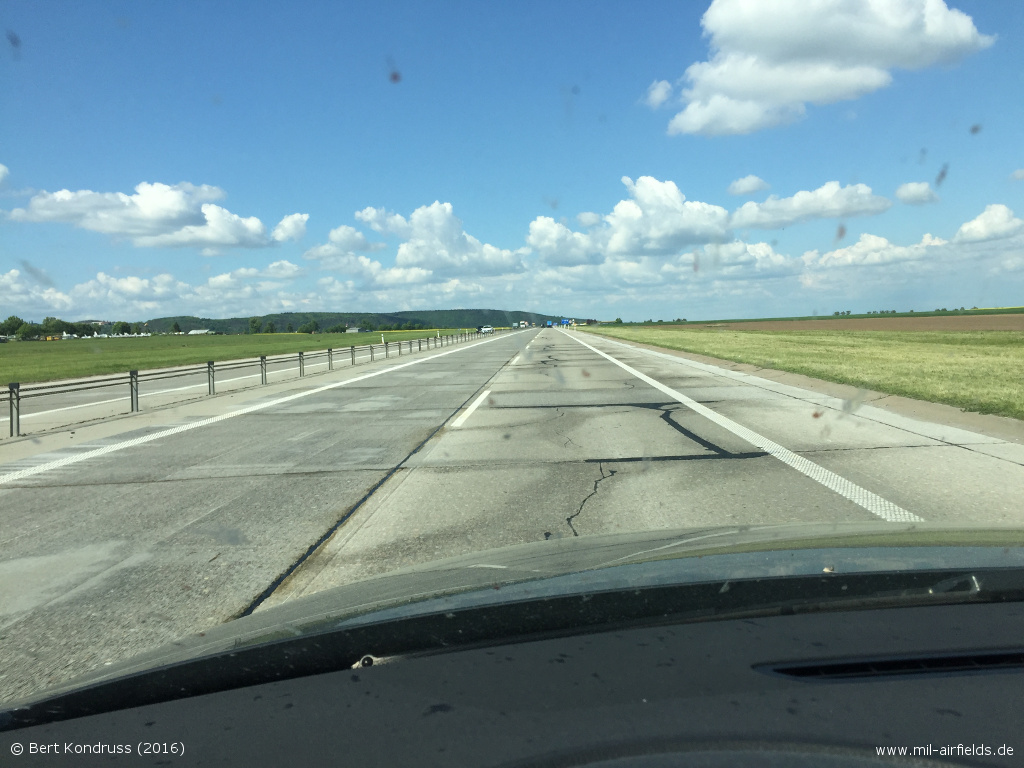